BlackBerry is starting the year enjoying the positive momentum from the BlackBerry Android device release. Sales for the PRIV device were respectable in the company’s last quarter, but the brand marketing for the firm continues outside of devices at CES 2016.

BlackBerry reported strong sales for Priv in its fiscal third quarter. The release of a higher-end device helped push the average selling price from $240USD last quarter to $315. The company recognized sales of around 700,000 units. This may seem like a small number, but BlackBerry is recognizing the devices as sold, as opposed to being held up in inventory and counted.

CES reinforces BlackBerry as a software firm…but another Android device?

Per an updated blog post made on January 4, BlackBerry will spend most of its efforts promoting the QNX platform for automobiles. Yet there is a slight chance the company will announce another Android-based BlackBerry tomorrow night. If it does, a likely model will have a front physical keyboard that does not slide out, and a screen size of around four inches.

Even if there is no second Android device announced, BlackBerry will show off its Priv to journalists and reviewers. This engagement is still critical for the software developer. Priv was available to only four countries at the end of the third quarter. The availability was still in key markets: Canada, USA, Germany and the United Kingdom. It will be available in another 31 countries in the current quarter. At its current premium price level (of $899 CAD), quality, and security on Android, the device will likely appeal to business users and content creators. The physical keyboard is a worthwhile investment for media writers and journalists, since it helps lower typing mistakes on smart phones. 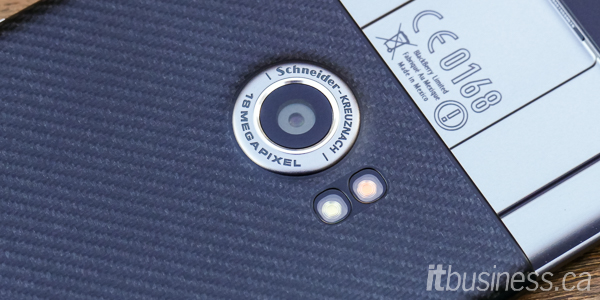 The Priv will still attract consumers who demand the highest quality. BlackBerry was not modest in showing the Priv’s solid build from space-age materials.

There are four things that BlackBerry will cover about QNX at CES. First, the Ford SmartDeviceLink. Recall that Ford dumped Microsoft’s operating system in favour of QNX. Now, the Ford AppLink will allow Ford Sync users to access many smartphone apps using just voice commands and dashboard controls.

Second, BlackBerry will show a best practices for QNX’s UX, implemented on a Maserati Quattroporte as the concept vehicle. There are other car makers introducing the UX as well. Mercedes will show the multi-model user experience on its CLA 45 AMG concept car.

CES 2016 will ultimately give yet another affirmation that BlackBerry is progressing nicely in its development for secure, end-to-end solutions. The primary focus at CES will be in the implementation of the QNX operating system in the automotive sector.