Double down on strengths and learn from weakness. This is the strategy Microsoft is taking in teaming up with Qualcomm to develop Windows 10 tablets. The software giant already has a strong strategic approach in growing in the mobile market. The move does not involve developing smartphones. 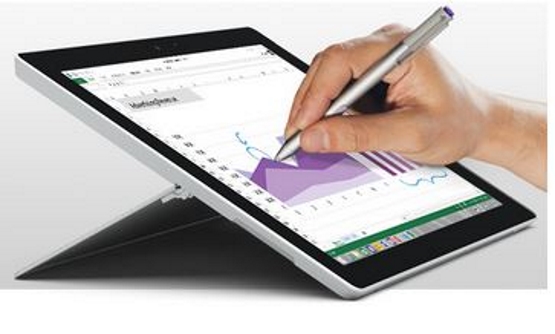 Building on its strength for developing tablets, Microsoft will partner with Qualcomm to develop Snapdragon processors that power Windows 10 tablets. Chances are good that Microsoft will succeed in taking market share from Apple, for two reasons. First, Microsoft’s Surface Pro 3 and 4 is growing in popularity in the business space. Even in the consumer space, Microsoft may even have taken away market share from Apple by offering a Mac to Surface trade-in program.

The Mac Air and MacBook Pro are both great devices, having a solid build, beautiful display, and high reliability. Unfortunately, Apple’s feature additions are not giant leaps. Conversely, Microsoft’s Surface is an entirely different breed of a portable device. It is light like a tablet but as powerful as a laptop. The add-on flip keyboard transforms the device into a usable laptop. It also includes a pen device that enables drawing.

Apple users who only have an iPad Air or Mini require making an upgrade to the iPad Pro, if they want that “pencil” functionality. The pencil device is also an additional cost.

Related
Should Microsoft give up on browser war?

Microsoft learns from past mistakes

The Qualcomm-powered Windows 10 tablet will not repeat Microsoft’s previous mistake with the Surface 3 RT. The Surface 3 RT did not run all Microsoft applications. This time, by having x86 emulation support, the tablet will run Microsoft programs. This ARM chip may come as early as next year. Qualcomm said the first Windows 10 device will come in the second half of 2017.

The leap is significant for both Qualcomm and Microsoft. Snapdragon is only known for powering smartphones and mobile devices. In the Windows tablet, it will have enough computing power to run Photoshop or Microsoft Office.

The current limitation for Apple tablets and Samsung tablets running Android is the inability to run Office. Users do have the option of running the Office365 app, but it is a cloud-based product that is not a full version of the Office software for PC.

Intel made a light attempt in building a good, mobile processor. The Asus ZenFone is a proof of concept that demonstrates Intel’s ability in supplying chips for smartphones. Unfortunately, Samsung and Qualcomm have too much market share here. Qualcomm’s success in smartphones may spell trouble for Intel in 2017.

Intel must also contend with Advanced Micro Devices in the PC space. Last week, AMD demonstrated RyZen, the next-generation CPU that will compete with Intel’s i7 processors. AMD aims to sell the chip at a lower cost. It will release RyZen for the PC market in early 2017, followed by the laptop market. The server version will not come out until the second half of next year.

Should Microsoft give up on browser war?