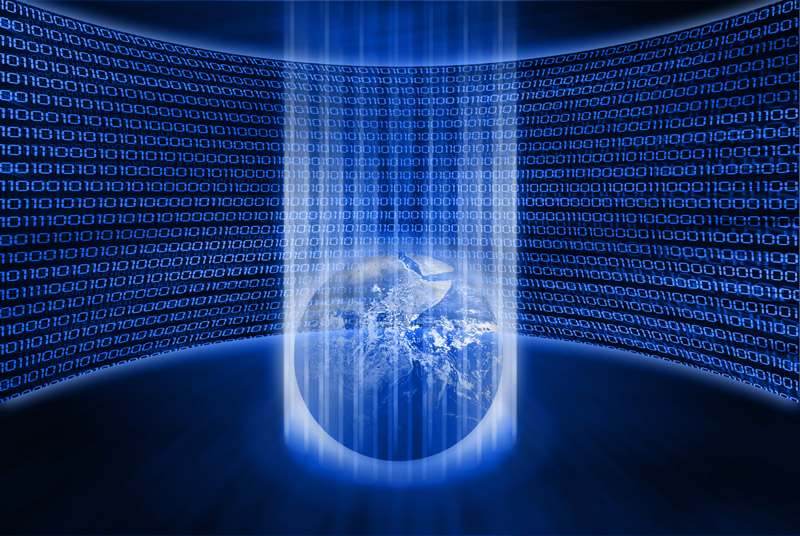 The word “era” generally refers to a period in the history of humanity.  Although you can slice and dice history in many different ways, I believe most people would agree with the following:

The Digital Era can be divided into two parts:  business (the digital economy), and personal (social networking, etc.).  Both, however, are characterized by the use of systems based on digitizing all of the information – voice, pictures, video, sensors, controls, data, etc.

The Digital Era can also be segmented using the Negroponte Switch as a tipping point.  Wikipedia puts it this way:

“Put simply. he suggested that due to accidents of engineering history we had ended with static devices – such as televisions receiving their content via signals travelling over the airways while devices which should have been mobile and personal – such as telephones were receiving their content over static cables. It was his idea that a better use of available communication resource would result if the information (such as phone calls) going through the cables was to go through the air and that going through the air (such as TV programmes) was to be delivered via cables.”

Even though the wired/wireless reversal is not yet complete (and may never be), the transition is occurring and the changes are certainly accelerating.   Here are some examples:

None of these transitions are black and white – we still do manual work – but they do help us to see how everyday life is changing as a result of the Digital Era.

Another form of switch is also gaining traction:  the Cloud Switch.   Note:  You heard it here first!  This term does not show up in a Google search except as a company name.

The Cloud Switch is similar to the Negroponte Switch except it is wider in scope……it represents a switch of Information Technology from private corporate or personal systems to cloud-based, on-demand shared  systems (i.e., services from a cloud provider).  Some examples of this paradigm shift are:

Perhaps the Cloud Switch is an indicator that we are moving into another phase of the Digital Era – which we could call the “Cloud Era.”  There are four significant aspects of the Cloud Era (these are often referred to as SMAC):

Twenty years ago the World Wide Web was just getting started, roughly ten years ago the smartphone was being introduced, and five years ago cloud services started to emerge as a viable technology.  We’ve come a long way towards realizing the Digital Era but there’s still a long way to go.