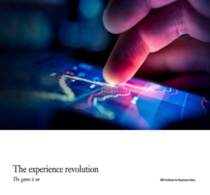 I started blogging almost 10 years ago as part of IT World Canada’s “Blogging Idol” contest. While the contest rules evolved over the few years it existed, Blogging Idol started off simply enough: contestants were given a set of topics and a fixed number of weeks to post blogs, with one topic per week. The goal was to get as much traffic as possible.

One of my first posts, on May 24, 2008, was called “Professional designation for IT managers: Why Not?” Unfortunately, the actual content seems to be lost (the titles and dates are still listed but the technology has changed along the way). During the 2008 contest, I wrote about wireless, IT standards (a favourite topic of mine), ITIL certifications and several other topics. In June 2008 I was selected as the Blogging Idol for the year.

Cloud computing was already a popular topic in 2008, even though I would not get involved in ISO cloud standards development for two more years.  Some of my blog titles were:

Of course, at the time Amazon had introduced its Elastic Compute Cloud (August 2006) and Microsoft was close to announcing Azure in October 2008. Since that time, we have seen cloud computing become more and more mainstream, and more formalized (NIST and ISO/ITU have published standards). Concerns with security and privacy have mostly been overcome, and the use cases are continuing to expand (especially with IoT). Cloud computing has crossed the chasm!

A recent article in Network Computing listed six key milestones in networking: Internet, Ethernet, the router, VLANs, firewalls, and Wi-Fi. There are, of course, many other possibilities for such a list, and I have no doubt that cloud computing (and other recent technologies) will eventually be viewed as a milestone in the history of ICT.

There’s been lots of progress in a single decade. In 2010, the focus was on how IaaS, PaaS and SaaS differ and how they fit together in public and private clouds.  Now, the debate is about more complex configurations including hybrid cloud, inter-cloud, multi-cloud, multi-provider cloud, edge computing, containers, serverless computing and hyper-convergence. We are also trying to make sense of how big data, AI, IoE, mobility, chatbots, voice and blockchain can all fit together as part of a cloud-based, shared IT ecosystem, and how they can all be combined to meet the needs of business, homes and bodies (i.e., wearables). There’s even talk about the Internet of Cows.

My more recent blog titles illustrate the differences in the conversation today:

These topics are an indication that cloud computing has become a standard option for designers and that we are building on it as an accepted base, not trying to justify it.

The next question is: what will the blogs be discussing 10 years from now?

Looking back over my blogging efforts, another point is clear – blogging itself (and content publishing in general) has also changed over time. Anyone can now easily set up a website and generate content.  Everyone can write on social media such as Facebook, LinkedIn, YouTube and Instagram. Blogs are no longer restricted to simple text – they can even be transformed into webinars or interviews. There is much more competition for good writers; I believe better content is the result.

However, the amount of information being made available can be overwhelming, both on the production side and as an avid reader!

This is what I’ve been thinking. Are there any “alternative facts” out there?