What to expect from the Oct. 9 ‘Made by Google’ event

The annual Made by Google event is the birthplace for new Google products. This year, Google Inc. is expected to debut new Pixel phones, tablets, as well as software demos for Android Pie and Chrome OS.

Judging by the rampant leaks in the past few months, the unveiling of Pixel 3 and Pixel 3 XL is imminent. The Pixel 3 XL, in particular, has been leaked to death. According to 9to5 Google, a handful of them have made their way into the Ukrainian black market and are selling for $2,000 apiece. There’s even an unboxing video that shows off its accessories in full glory. We’ve embedded it here for your convenience.

The “XL” in the Pixel XL is no exaggeration. This behemoth is more akin to a tablet than something you’d hold up to your ear. Shots of the phone’s front side show a deep notch – a design some absolutely detest, while others remain indifferent. With that said, the effect of the notch may be mitigated with the new Android Pie operating system which is pre-loaded on all new Pixel devices.

Profile shots of the Pixel XL show the absence of a headphone jack. At this point, it’s likely that we may never see it again on Pixel phones. Google seems to have been nice enough to include a pair of Google Bud USB type-C earphones that plugs into the charging port. We appreciate the gesture, but we would’ve still preferred a dedicated headphone jack. In addition, the phone was shown to support wireless charging.

Once again, Google has taken the single-lens approach to its rear camera. As opposed to merging the effects of a wide-angle and a telephoto lens to create depth of field, the camera on the Pixel manages with just one. While 9to5 Google have pulled possible image samples from a Russian Instagram user, their low resolution makes it difficult to gauge the camera’s quality.

The smaller Pixel 3, on the other hand, is shrouded in mystery. A leak of its supposed screen protector indicates that it doesn’t have a notch (hurray!). Both its bezels and chin also appear to be a tad thinner than the Pixel 2.

Phones aren’t the only thing on the event’s agenda; new Google Chromebook devices are also expected to make their debut. In recent months, we’ve seen “Google Nocturne”, a potential codename for the new Google Pixel Slate tablet, being tossed around. It may come in performance and budget variants with a detachable keyboard.

Nocturne will be available in at least two configurations. Two Geekbench scores shows the base model equipped with an Intel Celeron 3965Y processor and 8GB of RAM, and the top-end model with an Intel Core i7-8500Y processor and 16GB RAM. All Pixel Slate devices should ship with the Android Pie operating system. 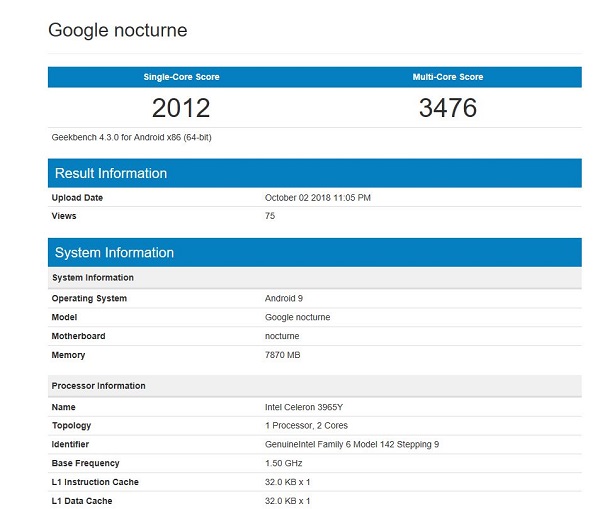 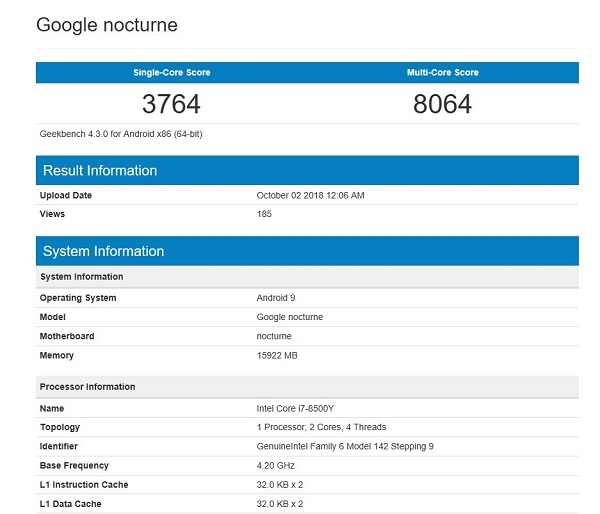 It’s also speculated that the Google Campfire project will be demonstrated at the event. XDA-Developers have found strong evidence that the project is near competition. Campfire is not a physical device, but rather a software feature that allows Chromebooks to more securely boot into Windows 10. If true, it could very well be applied to the current batch of Chromebooks using x86 processors.

Tune in to our live coverage on Twitter and detailed event breakdown on our home page. You can also watch the livestream on Google’s YouTube Page.