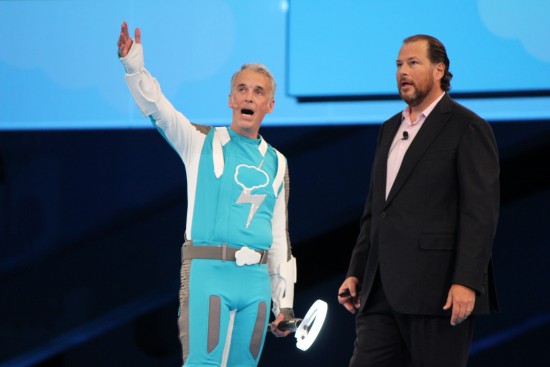 Dreamforce is the annual Salesforce.com mega-conference that is held annually in San Francisco, also where the company is headquartered. Organizers estimate a record 160,000 registered attendees for this year’s event. Co-founders Parker Harris (left) and Marc Benioff used the occasion to show the fruits of a recent acquisition and new partnerships. 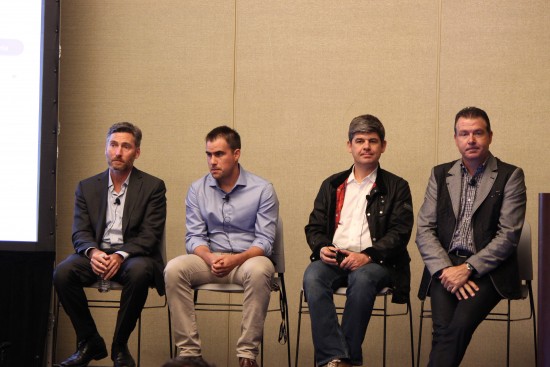 At the opening press briefing, media heard from Salesforce execs about two major launches. SalesforceIQ is the follow-up to its acquisition of RelateIQ in 2014, and the Salesforce IoT Cloud is also launched. The IoT cloud is powered by “Thunder” executives say, referring to the underlying platform that can receive data inputs in real-time. 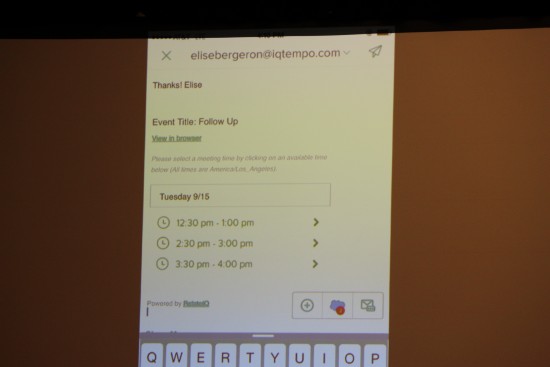 Some of the killer features in the SalesforceIQ products – there’s one for small business and one for enterprises running Sales Cloud – improve upon your email inbox. Have the app send multiple times you’re available to meet and when the contact selects one, it’ll automatically be dropped into your calendar. 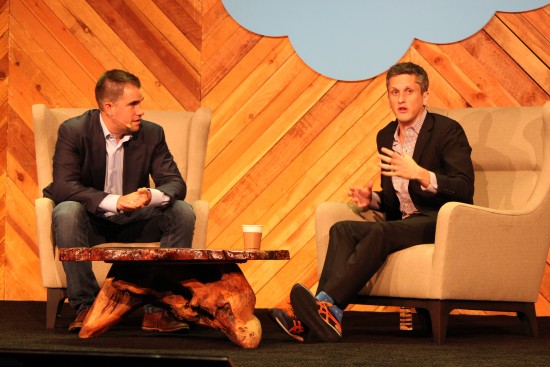 Steve Loughlin, CEO of SalesforceIQ, interviewed Box founder and CEO Aaron Levie, who reflected back on starting his enterprise software company and its growth. “We had inadvertently built this disruptor to a lot of content management software. We hadn’t intended to do that, we just wanted to solve the user problem of how to access files,” he said. 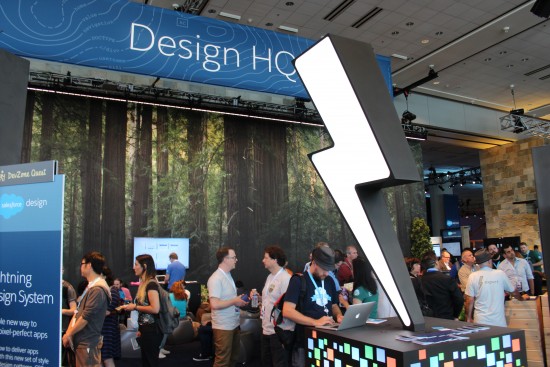 Salesforce.com also demoed its new Lighting Experience, an overhaul of its user interface for its Sales Cloud product. When its rolled out later this year, users will be able to switch over to the new experience with the click of a mouse. The look is more in line with the Salesforce1 mobile app.

With so many attendees, Dreamforce has maxed out the hotel capacity in San Francisco for the week of the conference to the point that it rented out a cruise ship from Carnival Cruise Line to house 1,000 conference goers. The boat also was used to host receptions and meetings throughout the conference. 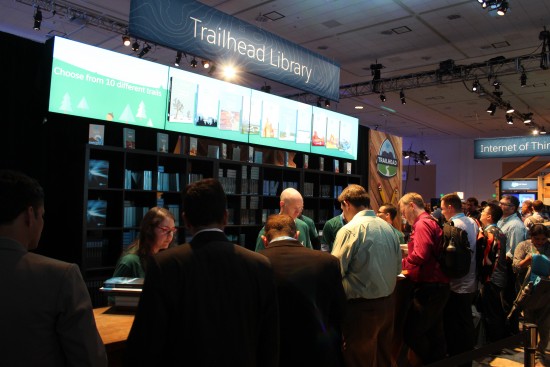 To assist developers in working with the new Lightning UI, Salesforce launched Trailhead, a resource centre containing all the materials needed to build an app on the cloud platform. While everything can be accessed online, the line to receive the free books snaked around the corner. 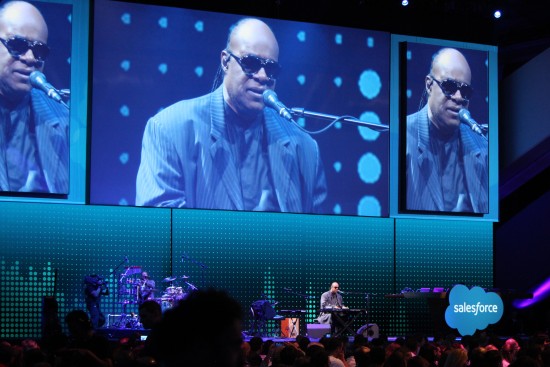 A Dreamforce tradition, Salesforce CEO Marc Benioff always likes to open his keynote talk with a musical performance. Stevie Wonder provided the entertainment this year, singing “Dreamforce is the sunshine” for the audience. Benioff joked “let’s cancel the keynote and listen to Stevie for another two hours” when he took the stage. 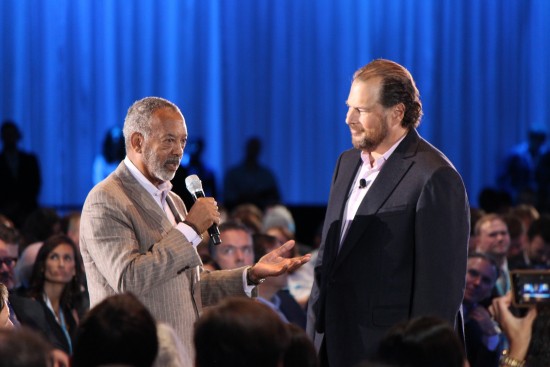 Salesforce and Microsoft released more details of their collaboration, including a number of integrations coming to Office 365 for the end of next year. Microsoft chairman John Thompson spoke to the partnership with Benioff during the keynote and Microsoft CEO Satya Nadella later personally demoed the upcoming features. 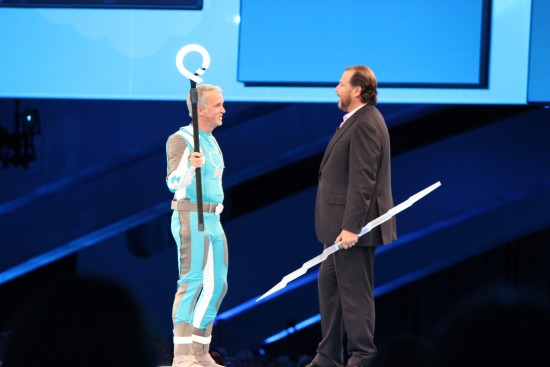 Salesforce co-founder Parker Harris donned a unitard and brought some interesting props on stage for his demo of SalesforceIQ, IoT Cloud, and the Lightning experience. He also explained Thunder: “It has an intelligent rules engine to connect and understand events as they’re happening.” 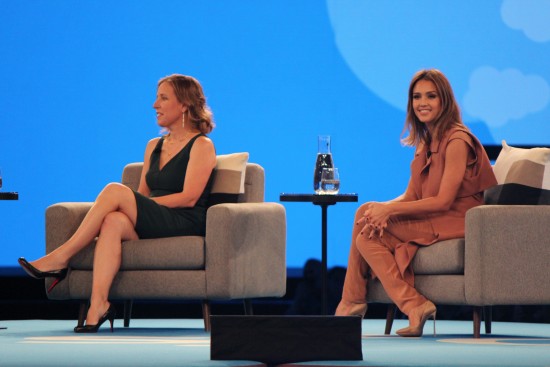 A women’s innovation summit was integrated into the Dreamforce program this year, culminating in a keynote featuring Jessica Alba and Youtube CEO Susan Wojcicki. Alba spoke about how she founded The Honest Company after having an allergic reaction to laundry detergent while pregnant with her first daughter.