Wearables tend to generate visions of devices worn by the average consumer such as smart watches and fitness trackers, but there are a growing number of examples of uses case in large enterprises.
Research firm Tractica recently compiled 40 enterprise wearable technology case studies that span across automotive, construction, field services, medical and healthcare, logistics, manufacturing and more. Google Glass appears to be one of the more popular wearables to use in enterprises across a number of sectors.
Tractica sees the market for enterprise wearable devices, which includes industrial and healthcare wearables, as growing from $21 million in 2013 to $9.2 billion by 2020, representing a compound annual growth rate of 138%. 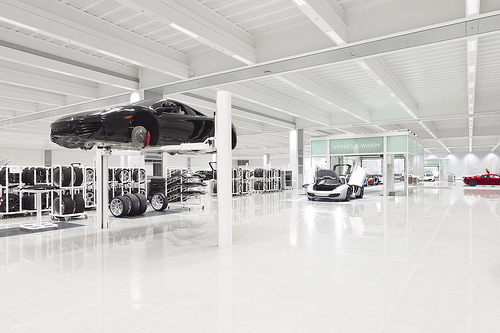 Many of the world’s largest automakers are looking at wearables for use in assembling vehicles. GM has been testing Google Glass at its Orion Assembly and Warren Technical Center in Detroit. More than 100 of its employees use the glasses, including about a dozen on the factory floor, to enhance facility worker productivity and efficiency and has been used in tasks like quality inspection and procedural instruction for employee training and development.
BMW has also piloted Google Glass at its Spartanburg, South Carolina plant, in a program that targets the pre-series vehicle inspection procedure. One of the issues facing the quality inspection engineers is difficulty in communicating the issues that have been spotted by the design teams.
Meanwhile, Volkswagen has piloted the use of Google Glass and Vuzix to replace barcode scanners at its Wolfsburg plant in Germany. Hands-free capabilities allow warehouse workers to more efficiently locate and deliver the correct parts by simply scanning the QR codes on a part and identify whether or not it is the correct part.
photo credit: The McLaren Production Centre via photopin (license) 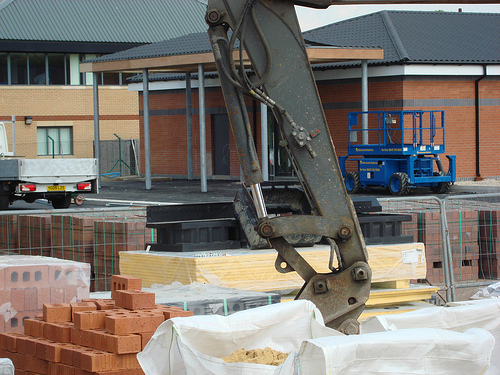 Construction
Construction software company Bridgit has integrated Myo and Google Glass to create a mashup by using the gesture recognition capabilities in the Myo armband and integrating them with Google Glass. Since noise is a big issue at construction sites that makes it hard to give voice commands, while gloves make it difficult to give touch-based gestures, the Myo-like gesture armband is a perfect input device that can avoid the need to use voice or touch-based inputs.
Lee Company, a Nashville, Tennessee-based building maintenance business, provides construction sites with experienced mechanics, engineers, electricians, and plumbers, and his helping retiring workers train new workers using smart glasses. It has created a centralized command center that houses skilled technicians who guide younger workers at the site through a first-person view video feed through their smart glasses.
photo credit: Hydraulic Arm via photopin (license) 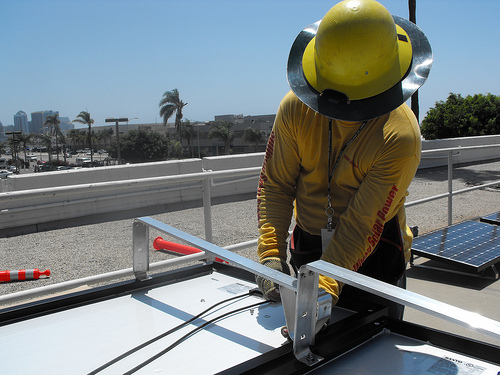 Field Services
Abseilon is specializes in setting up rope systems for areas that are usually inaccessible, and provides services including surveying, inspection, maintenance, and construction. It partnered with Vidcie, which provides a wearable camera that can stream live video sessions from the rope technicians, enabling remote monitoring and viewing capabilities. The wearable camera provides a hands-free capability to a rope technician who can focus on the job, receiving instructions from ground control based on what he is seeing.
Sullivan Solar Power installs solar panels at offices and homes in the San Diego area. It has equipped its field technicians with Google Glass so that they can record and stream their work as it is being carried out on site. Glass is also used by technicians to connect into the backend system at Sullivan to access specifications and plans of a building or the job that they are doing. Solar panel technicians previously had to carry ring binders with laptops to a roof to access the backend database.
photo credit: Port of San Diego’s Green Port Program via photopin (license) 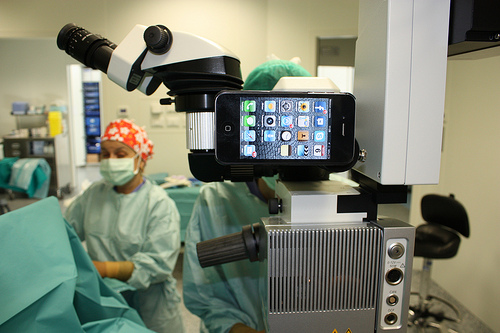 Medical and Healthcare
In 2014, Indiana University Health Methodist Hospital was the first hospital of its kind to use Google Glass in surgery to remove a tumor and reconstruct an abdominal wall. During the procedure, they used the voice command facility on the device to import the patient’s magnetic resonance imaging scans and X-rays into their field of view, hands-free, while performing surgery.
Stanford University Medical Center, meanwhile, is using a special type of wearable glasses based on the Vuzix glasses platform developed by Evena Medical. Medical staff can use the Evena Eyes On Glass system to give them an outline of a patient’s veins, which helps them guide a needle much more easily, rather than second guessing its location.
photo credit: www.ibomic.com via photopin (license) 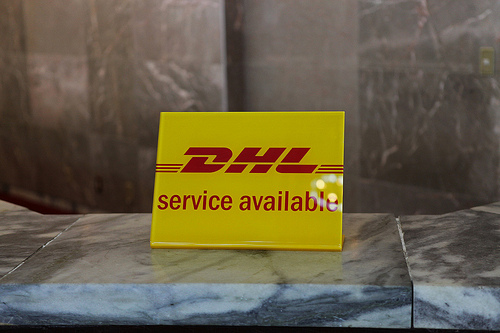 Logistics
DHL has used AR glasses to speed up and optimize its picking processes for warehouse operations. In partnership with Ricoh and wearable software provider Ubimax, using Vuzix’s M100 and Google Glass, DHL piloted a “vision picking” application using the AR capabilities of smart glasses. The smart glasses replaced handheld scanners and paper lists.
UPS, in partnership with Motorola Solutions, has introduced a new wearable scanning system to replace the point-and-shoot handheld terminals. The solution consists of a hands-free imager that is worn on a finger and a small terminal worn on the employee’s wrist or hip. The ring imager automatically scans using label-sensing technology, replacing the point and-shoot method. FedEx is also using a similar ring-based scanning system for scanning packages as they are loaded onto trucks.
photo credit: North Korea – DHL service available via photopin (license)