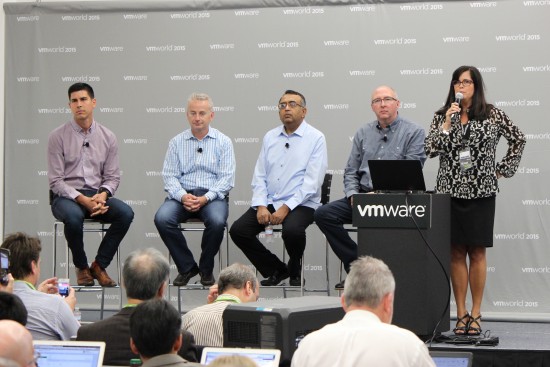 Before VMworld 2015 began at the Moscone Centre in San Francisco, VMware executives shared what they believe are today’s top CIO priorities: 1) Bridge the physical and virtual worlds. 2) Be software-defined. 3) Have an agile cloud platform. 4) Embrace business mobility. 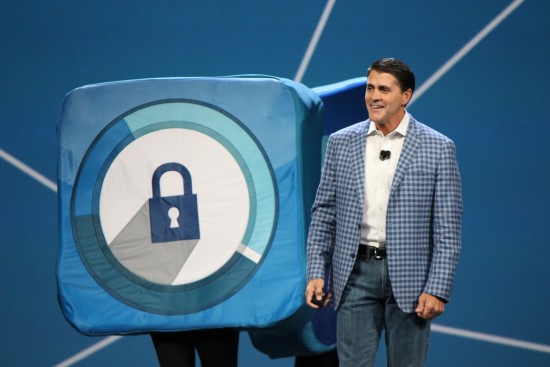 Carl Eschenbach, president of VMware opened the first day keynote by outlining the vendor as a platform company for the datacenter. “We believe at VMware the best way to deliver freedom, flexibility, and choice is through a one-cloud, any platform, any device architecture,” he said. 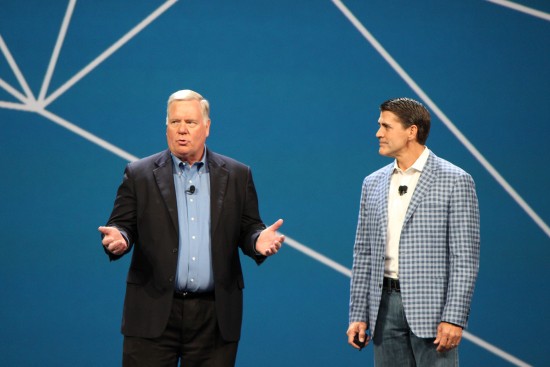 The first on-stage guest was Mike Benson, CIO of DirecTV, a VMware customer. He spoke about how the satellite TV service is facing tough challenges from over-the-top services like Netflix. He described the benefits of using a software-defined datacenter to deliver good performance when his service sees large bursts in usage – like during a pay-per-view boxing bout. 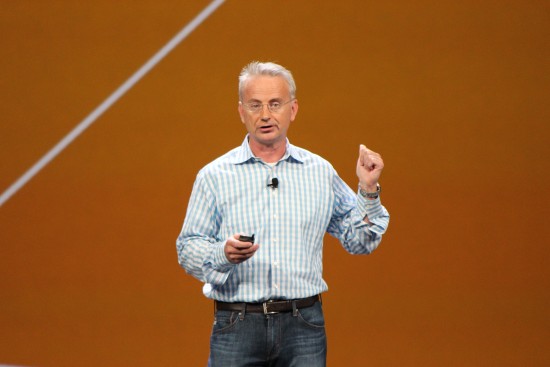 Bill Fathers, vice-president and general manager of cloud services at VMware, positioned VMware as a hybrid cloud champion that can help its customers extend their entire network infrastructure into the cloud. “It represents a way to solve some of the toughest challenges you’re facing today.” 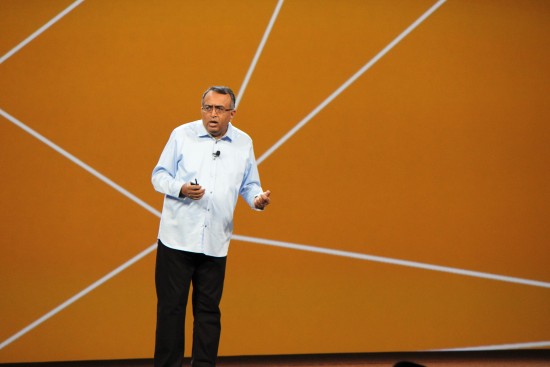 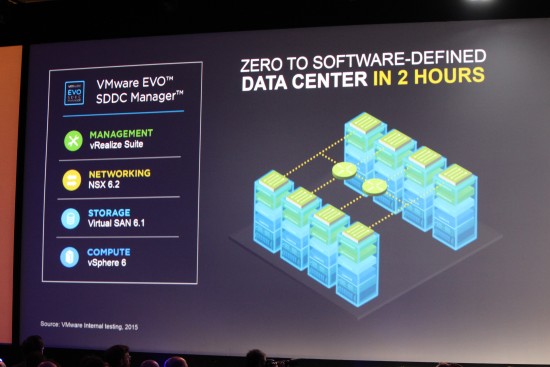 It was Yanbing Li, vice-president and general manager of storage and availability, who gave VMware’s hybrid cloud vision form by describing the components needed to create the software-defined data centre from the ground up. She detailed the VMware stack that composes its hybrid unified cloud architecture. 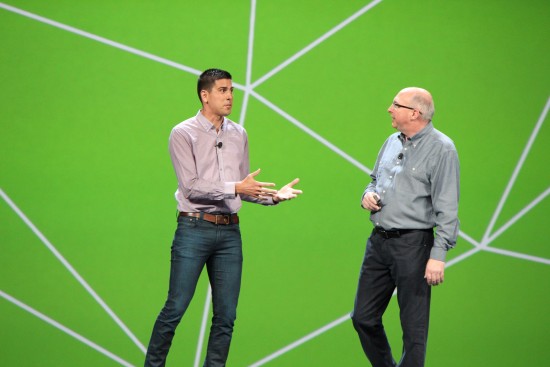 Duo Ray O’Farrell and Kit Colbert, who both hold the title of chief technology officer (Ray is also the chief development officer, Kit vice-president of cloud-native apps) introduced VMware’s new approach with containers and its new Photon platform that gives developers flexibility to create containers on VMs and maintains management capability for IT. 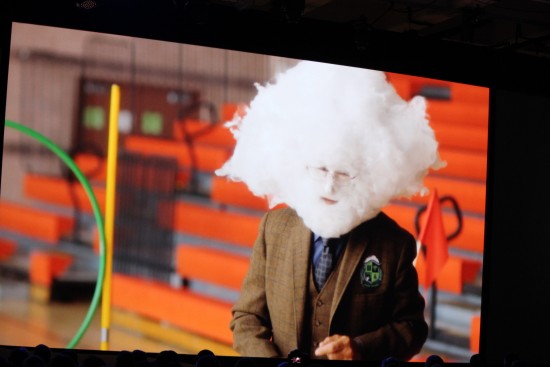 The concept of containerized apps running in a hybrid cloud was also delivered in a slightly different tone by videos that preceded both keynotes. They featured some sort of half-man, half-cloud school headmaster that welcomed apps to his academy, where they’d excel. 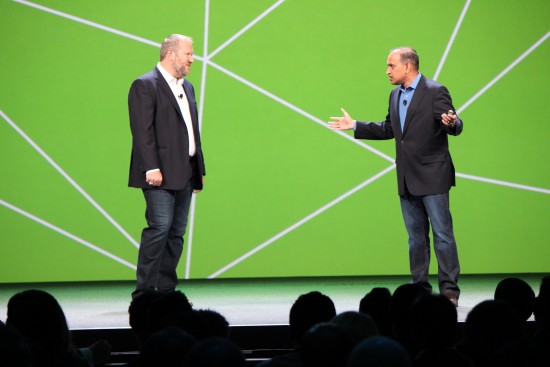 Though rivals in the virtualization space for a long time, VMware and Microsoft put their hypervisor battle aside to partner on Windows 10 for the enterprise. Jim Alcove, corporate vice-president of Windows enterprise and security at Microsoft appeared to say “It’s our goal to make Windows the most easily managed device on the market.” 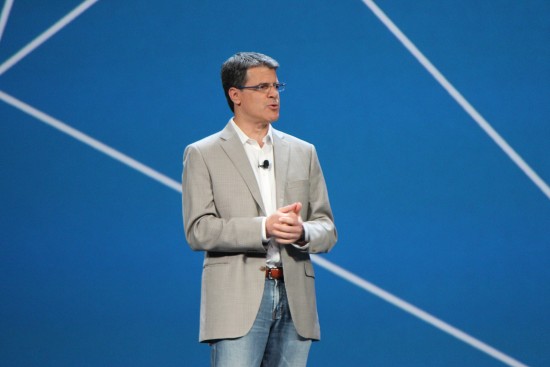 Security was a theme throughout the keynotes, and Tom Corn, senior vice-president of security at VMware summed it up. “The challenge in the coming decade is how do we create trusted services on infrastructure that we don’t even trust?” he said. VMware is working on encryption that works well with security controls. 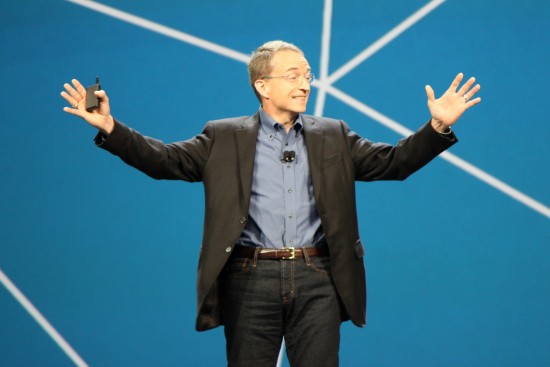 Pat Gelsinger, CEO of VMware finished the day two keynote with an inspiring call to those who may sometimes feel they are toiling away in IT departments to keep the lights on. “As a tech expert, this is your day,” he said. “Be the innovators and the entrepreneur for your business.”