Ultrabooks are gaining tremendous levels of popularity in the consumer and enterprise space. They offer the best of both worlds in laptops and tablets. These computers are light, powerful, fully featured, and the latest models look very good.

Apple’s Macbook Air revolutionized the era of thin laptop computers. Since its introduction, Apple turned its focus on the iPad and now the iPad pro. Even though Macbook Airs look the same since their introduction, competitors are fighting for market share in this space.

HP’s Spectre 13 is noteworthy. The company touts the latest Spectre as being the world’s thinnest. It is not the cheapest laptop out there, but the manufacturer competitively priced it well against the MacBook Air and Samsung’s Notebook 9. This computer also fares well against Microsoft’s Surface Pro 4 Tablet and SurfaceBook.

Thin Ultrabooks are hugely more usable for enterprise workers on the road, or consumers always on the go. Instead of having an underpowered tablet, Ultrabook users need not compromise at all. The odd Ultrabook model may not have touchscreen, but users will care more about having a keyboard. Tablets are compact and easy to carry around, but very often, end-users must compromise on a mediocre keyboard. 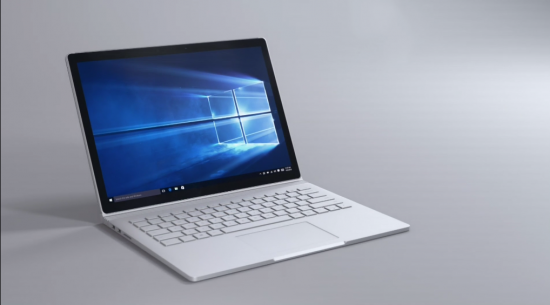 Ultrabooks are still tradeoffs to regular laptops (including the Macbook Pro). The CPU is integrated to the motherboard. If either part breaks, the two must be replaced. The body is so tightly built if the Ultrabook needs parts getting replaced, it cannot be done without breaking the case.

Related
How Apple’s computers fit in the enterprise

If you have an old laptop that needs replacing, there are a variety of options. Ultrabooks cost more than mainstream laptops, but the lighter weight and better battery life make the cost worthwhile. IT departments will shun taking care of repairing a broken Ultrabook. After all, these computers have a delicate screen and body. Fortunately, business users need only the basic specifications: 4 – 8 GB of memory and 128GB – 256GB of solid state storage.

Microsoft’s SurfaceBook is a worthwhile consideration, but it is still a premium, high-priced solution. The latest Surface Pro offers a good tablet and laptop experience. Apple’s iPad is in need of a refresh. In the corporate space, the iPad’s mobile operating system may prove too weak. The iPad Pro has better specifications, but at that price range, a PC Ultrabook should bring better bang for the buck.

The biggest IT engagement mistakes you can make