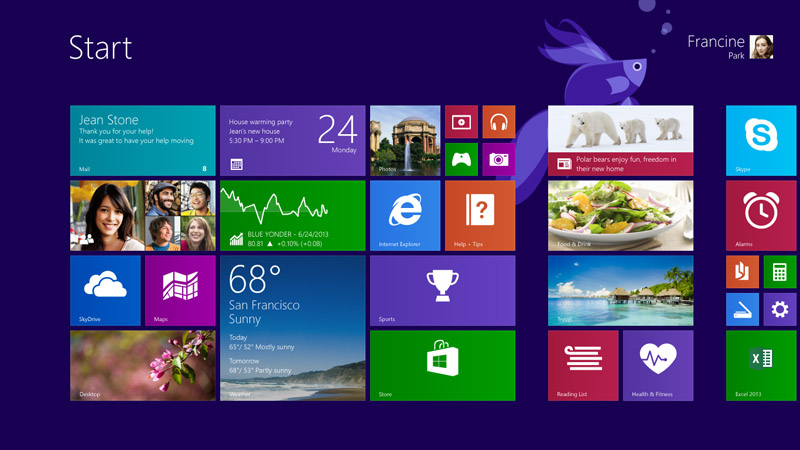 Devices using Windows 8 are a hard sell these days. Mozilla said it will stop developing its Firefox browser on Windows 8. On Canadian retail sites, consumers can buy Windows 8 RT and Window 8 Surface at a steep discount. An EOL (“end of life”) device in the bargain bin hurriedly sold off by retailers is no surprise, but is alarming. Microsoft might have an upgrade cycle on its side, but on the devices side, the story is different.

Mozilla did not have enough testers on Windows 8 to call for further development. In short, Mozilla will be ceding market share on Windows 8 based devices to Microsoft itself, and perhaps to Google’s Chrome. The news could be positive for Microsoft: Internet Explorer 11 (IE 11) might be good enough on a touch screen for users. Mozilla might have decided that competing with Microsoft’s browser will be a losing battle. It might be better for Mozilla to wait until the Windows 8 ecosystem grows, before it commits itself to the platform.

The popularity of Mozilla’s browser could be in decline. Even though the user base is strong, relative to Chrome, ever since it switched to using full numbers for updates, Firefox does not have as much as an edge as it used to. On the desktop, the browser just feels a bit less snappy. Chrome browser feels like a better performer. This is achieved partly because Chrome is aggressive with its use of caching and memory allocation (read: bloated in the background).

Related Articles
XP to Windows 8.1 upgrade is ‘impossible’: Users
How to buy the best Windows 8 device this holiday

Microsoft will end support for XP next month. On the desktop side, upgrading to Windows 8 is the most logical choice, but users may opt for Windows 7. The public might think Windows 7 is more responsive, more stable, more secure, and lighter on resource than Windows 8. This is not true. The real perception problem Windows 8 has is its metro interface. On the desktop, Metro does not make sense with a keyboard and mouse. Most functions could be found simply by searching (Windows Key + F), but it is not an immediately obvious function for new users.

On top of encouraging users to upgrade to Windows 8 for the desktop, Microsoft also needs to convince users to consider the Windows tablet and/or smart phone instead. The Surface 2 Pro tablet is as true a desktop replacement a user could get, but it is expensive. Microsoft made RT to appeal to budget conscious consumers, but the public perceive RT as a half-baked product.

Mozilla’s decision to stop development for Windows 8 Firefox could mark a turning point for Microsoft. The metro version of IE 11 complements Windows 8 for devices. “Pinch zoom” and tab management are also excellent on IE11. Microsoft has one less competitor to worry about, making it less difficult for the software giant to convince users on the merits of Windows 8.