How the CIO-CMO discussion should evolve

Scott Brinker is not willing to cut down an important discussion to a mere 140 characters.

A few weeks ago, when Brinker was promoted as a guest on CXOTalk, a war of words broke out on Twitter about the way CIOs and CMOs need to collaborate. Sounding a little unsettled by the dustup, Brinker responded with a lengthy post on his ChiefMarketing Technoligist Site called, “10 Things I Hate About Narrow CMO vs. CIO Arguments.” There was a solid point that bears repeating:

“It’s almost always an unproductive debate — because, frankly, there are good points on both sides. Instead, a better approach is to widen the frame. In a nod to the book Decisive by Chip and Dan Heath, everyone at the table should move beyond a false dichotomy of marketing vs. IT and ask: are there even better options? (And no, I don’t mean simply hiring a CDO.),” Brinker writes. “Most of these choices shouldn’t be A or B, but rather a combination of A and B . . . Debating budgets and responsibilities outside of the context of what we collectively need to do to deliver remarkable customer experiences is a pointless exercise. The why, what, and how of leveraging marketing technology are far more important than who does which pieces and who pays for which pieces. Horse before cart.”

Related Articles
A word of help for software developers

70%: The stat for a healthy company

Although there’s a lot of focus lately on what happens when CIO-CMO relationships go awry, consulting firm PricewaterhouseCoopers recently released research that shows what happens when it goes right. It was just one portion of PwC’s 6th Annual Digital IQ Survey, in which the firm explores organizations’ ability to understand, value and weave technology throughout the enterprise – the key components of what PwC called the Digital IQ.

According to the survey, the relationship between the Chief Information Officer (CIO) and the Chief Marketing Officer (CMO) has become critical. The stat to remember: 70 per cent of top-performing companies say they have a strong CIO-CMO relationship, compared with just forty-five percent for non-top performers.

“Failing to involve the CIO in market-facing innovation, where digital technology is a primary driver, is counter-intuitive,” commented Andrea Fishman, a PwC Advisory Principal. “Don’t leave any room for interpretation when it comes to market-facing digital technology like consumer apps, websites or customer analytics. Get explicit agreement between the CIO and CMO on who owns the initiatives, the role each leader will take on and when and how they are expected to work together.”

For more updates on the CMO-CIO discussion, see the April edition of CanadianCIO.

Shane Schickhttp://shaneschick.com
Your guide to the ongoing story of how technology is changing the world
Previous articleSevOne buys analytics provider RapidEngines
Next articleBC researchers to exploit big data to protect ocean 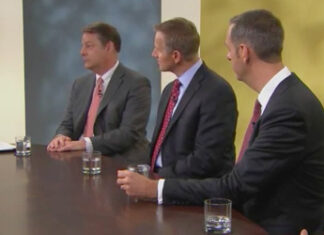 All you need is 60 seconds to start fixing the CIO-CFO...