Coffee Briefing-September 13, 2022-ThinkData partners with Google; Apple Pay surpasses Mastercard to process over $6 trillion in a year; Instagram to cut back on shopping features; and more 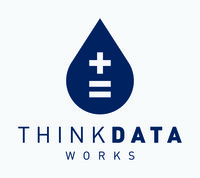 The company says that the partnership enhances a growing ecosystem of data and management tools available to customers of both organizations.

“Many companies have invested in AI and ML solutions but find that data variety and poor data health restrict their progress,” said Brendan Stennett, ThinkData Works co-founder and chief technology officer. “Availability on Google Cloud Marketplace means customers can more easily deploy our leading catalog platform through their existing relationship with Google Cloud, enabling them with the tools to manage and distribute data to unlock further AI and ML capabilities.” 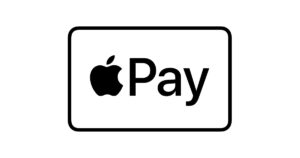 A recent report by Trading Platforms revealed that Apple Pay has surpassed Mastercard as the payment system handling the most annual transactions, at over US$6 trillion.

According to the company’s data, Apple Pay could also pose a severe challenge to VISA’s market share in the future.

Apple Pay has gained popularity over the past years; in 2021, Apple expanded its global footprint by delivering its mobile wallet to new areas such as Colombia and Mexico. Additionally, it is currently in talks with Hyundai to expand to Korea, which would grow the company’s presence to approximately 60 countries and regions. Public transportation networks in over 200 cities support Apple Wallet.

“Apple Pay is increasingly becoming the go-to payment method for consumers and businesses alike. The fact that it has now processed more transactions than Mastercard is a testament to its popularity. Already, it has outdone Mastercard, with only VISA remaining on top. Apple Pay has an undue advantage and benefits from their monopoly on iPhone NFC hardware. We expect to see Apple Pay continue to grow in popularity and market share in the coming years,” said Edith Reads from TradingPlatforms.com. 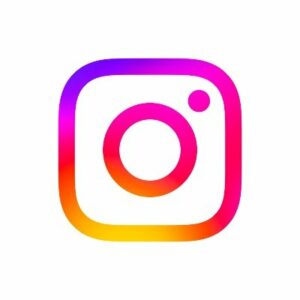 The Information reports that Instagram announced in an internal memo that the shopping page will eventually disappear as the company shifts its priorities towards focusing on e-commerce efforts that directly drive advertising.

The company says that it will not abandon shopping altogether and instead, over the next few months, it will test a simpler and less personalized version of the shopping page, known internally as “Tab Lite”.

Additionally, these changes will focus on implementing short-form video business, despite the recent criticisms that Instagram is increasingly taking on the same features as TikTok.

There is no mention of when these changes would take effect.

Customers using both products can do business and take payments anywhere – in person, online, or over the phone. Additionally, transactions processed through Square’s PoS will be instantly reconciled with Sage Accounting, providing the customer with up-to-date visibility of their business’ position. Customers also benefit from a tailored customer experience, with loyalty programs and 24/7 service through Australia-based accounting integration and automation software Amaka, responsible for powering the integration.

The integration is now available to Sage and Square customers in Canada via Sage Accounting & Square | Sage Canada and Square App Marketplace. 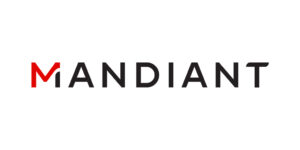 Google LLC has announced the completion of its acquisition of Virginia-based cybersecurity firm, Mandiant, Inc. It will join Google Cloud and retain the Mandiant brand.

With this acquisition, Google Cloud and Mandiant aim to deliver an end-to-end security operations suite with even greater capabilities to support customers across their cloud and on-premises environments.

Both companies have been known for delivering pioneering security capabilities, frontline expertise, and threat intelligence to better help businesses and organizations prepare and react to cybersecurity incidents.

“We believe this acquisition creates incredible value for our customers and the security industry at large. Together, Google Cloud and Mandiant will help reinvent how organizations protect themselves, as well as detect and respond to threats,” said Thomas Kurian, chief executive officer (CEO) of Google Cloud.

Yesterday, UK-based hospitality company, InterContinental Hotels Group PLC (IHG) issued a statement confirming a cyberattack on a number of its technology systems, two days after its booking channels and other applications were disrupted. IHG said they are investigating the ‘unauthorized activity’.

According to a recent survey from Gartner Inc., the public sector has the longest buying cycle for technology purchases, at 22 months on average.

Longer life for lithium-ion batteries could soon be possible

A group of scientists at the Gwangju Institute of Science and Technology (GIST) in Gwangju, South Korea say they have developed a “universal method” for improving the lifespan of lithium-ion batteries.

What happened with CentOS will not happen with Rocky Linux: Kurtzer

Gregory Kurtzer, who founded and once led the former open-source project CentOS Linux as well as The cAos Foundation, the organization where early development of it took place, said today a governance structure has been put in place that will keep Rocky Linux in the public domain forever.

This episode reports on another WordPress plugin bug, a new Linux malware discovered, US sanctions against Iran’s intelligence ministry for cyber attacks and more.

Ashee Pamma
Ashee is a writer for ITWC. She completed her degree in Communication and Media Studies at Carleton University in Ottawa. She hopes to become a columnist after further studies in Journalism. You can email her at apamma@itwc.ca
Previous articleHashtag Trending Sept. 13 – SpaceX upset at Starlink subsidy rejection; autonomous vehicles and human supervision; credit card companies to add a new code at gun stores to track sales
Next articleSecurity leaders are increasingly consolidating vendors, says Gartner