Canadian companies have become too “comfortable” with Windows Sever 2003 and are not likely to migrate to a newer system in the short term despite the looming deadline for Microsoft Corp.’s support for the server operating system, according to analyst firm IDC Canada.

Microsoft is ending support for WS 2003 on July 14 this year. A number of analysts believe this leaves organizations that have yet to map out their migration paths very little time to figure out the complexities of updating machines to the newer Windows Server 2008 or Windows Server 2012 or more the cloud. Microsoft estimates the server migration process will take at least 200 days and application migration will take more than 300 days.

Research figures from IDC Canada indicate that approximately 70 per cent or large firms and 60 per cent of medium sized firms in the country still have some instances of WS 2003 installed.

The WS 2003 install base in Canada appears to slightly overshadow those in other regions.

Spiceworks also estimates that 73 per cent of government agencies around the world still run Windows Server 2003. Organizations in the finance, transport and healthcare sectors rank among the top WS 2003 users accounting for about 71 per cent of the install base while only 65 per cent of retail sector businesses still use the system.

While organizations are still able to squeeze productivity out of the 10-year-old server OS, sticking with an aging system could limit the growth potential of a business, according to Tarun Bhasin, research manager for infrastructure solutions at IDC Canada.

“IDC believes that the comfort IT has regarding WS 2003 limits their option from a business standpoint ((e.g. legacy applications running on older hardware will struggle to keep pace with business demands),” said Bhasin. “In our research of overall IT maturity in Canada, firms with higher IT maturity – and less obsolete technologies like WS 2003 – show higher revenue growth.”

Lack of time to migrate as well as budget constraints and compatibility with existing technology were among the top reasons most companies refused to drop WS 2003.

IDC believes the IT departments’ comfort level with security, maintenance time, administration and skill sets needed to run WS 2003 contributes to the lack of urgency in migrating to a newer system.

“Based on what we are seeing, most IT departments are fairly comfortable with running some WS 2003, at least in the short term,” Bhasin said. “Hence it may take pressure from the line of business executives, who want new functionality and features, to push the IT departments towards making the switch.”

Eventually, Canadian organizations will migrate away from WS 2003 but past experiences has shown that Canadian businesses tend to hold on longer to legacy equipment when compared to other regions, he said.

With this in mind, Bhasin said, it is “important for IT to take a step back and evaluate options.” 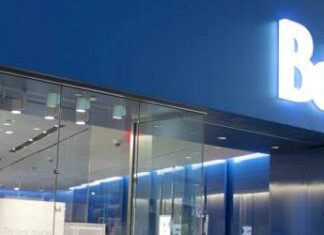 Bell tells CRTC to slow down on telecom regulations