Google said during the presentation yesterday that it based the UI elements around feelings, which led to the creation of Material You. Material You builds upon Google’s material design and alters how the system looks according to user interactions. The operating system will dynamically customize the system’s colour palettes by sampling personal elements like wallpapers, and respond to touches with animations. For the latter, Google demonstrated a new ripple effect when the user picked up the phone or when the power button is pressed. 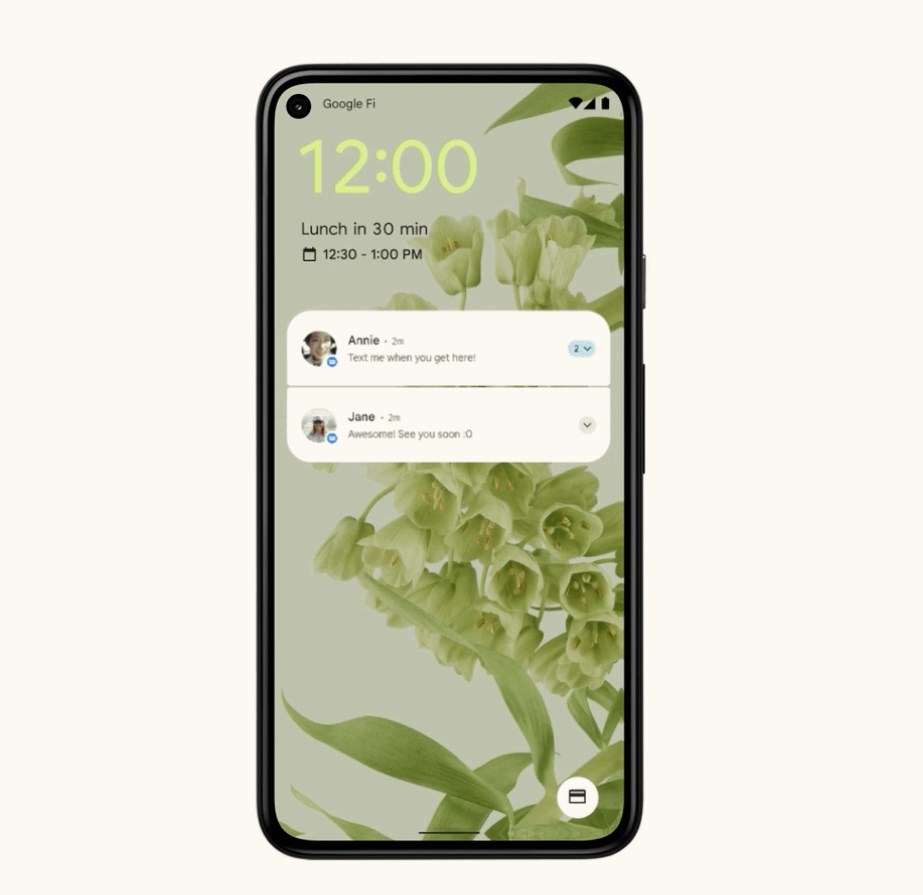 Beyond the facelift, Google has also redesigned settings access. The pulldown notification shade will be more intuitive with bigger buttons. Google Pay and smart home controls will have their own spaces in Quick Settings. Long holding the power button will summon the Google Assistant.

Android 12 will feature a new Privacy Dashboard. Within, users will find a summary of permission settings and adjust them accordingly. No more bouncing between multiple menus to change permissions for different apps. The Privacy dashboard will also present sensor access per app with a timestamp, adding a bit more transparency into what the phone’s doing when the user’s looking away.

Location detection will be split into precise and approximate. While navigation apps like Citymapper need precise location, others, like weather apps, work just fine with approximated locations.

Up until Android 10, all Android releases corresponded to a dessert. Android 11 didn’t have a public codename, but it was called “Red Velvet Cake” by its dev Team. Android 12 will follow suit. Although it’s just called Android 12 to the public, it’s supposedly known as “Snow Cone” internally.

Android 12 will release this fall, but Google Pixel phones and 11 brands including OnePlus, Xiaomi and TCL already have access to the beta version.

Tom Li
Telecommunication and consumer hardware are Tom's main beats at IT World Canada. He loves to talk about Canada's network infrastructure, semiconductor products, and of course, anything hot and new in the consumer technology space. You'll also occasionally see his name appended to articles on cloud, security, and SaaS-related news. If you're ever up for a lengthy discussion about the nuances of each of the above sectors or have an upcoming product that people will love, feel free to drop him a line at tli@itwc.ca.
Previous articleBlackBerry announces new endpoint and network security capabilities
Next articleTop Women in FinTech and Blockchain celebration: More than a party