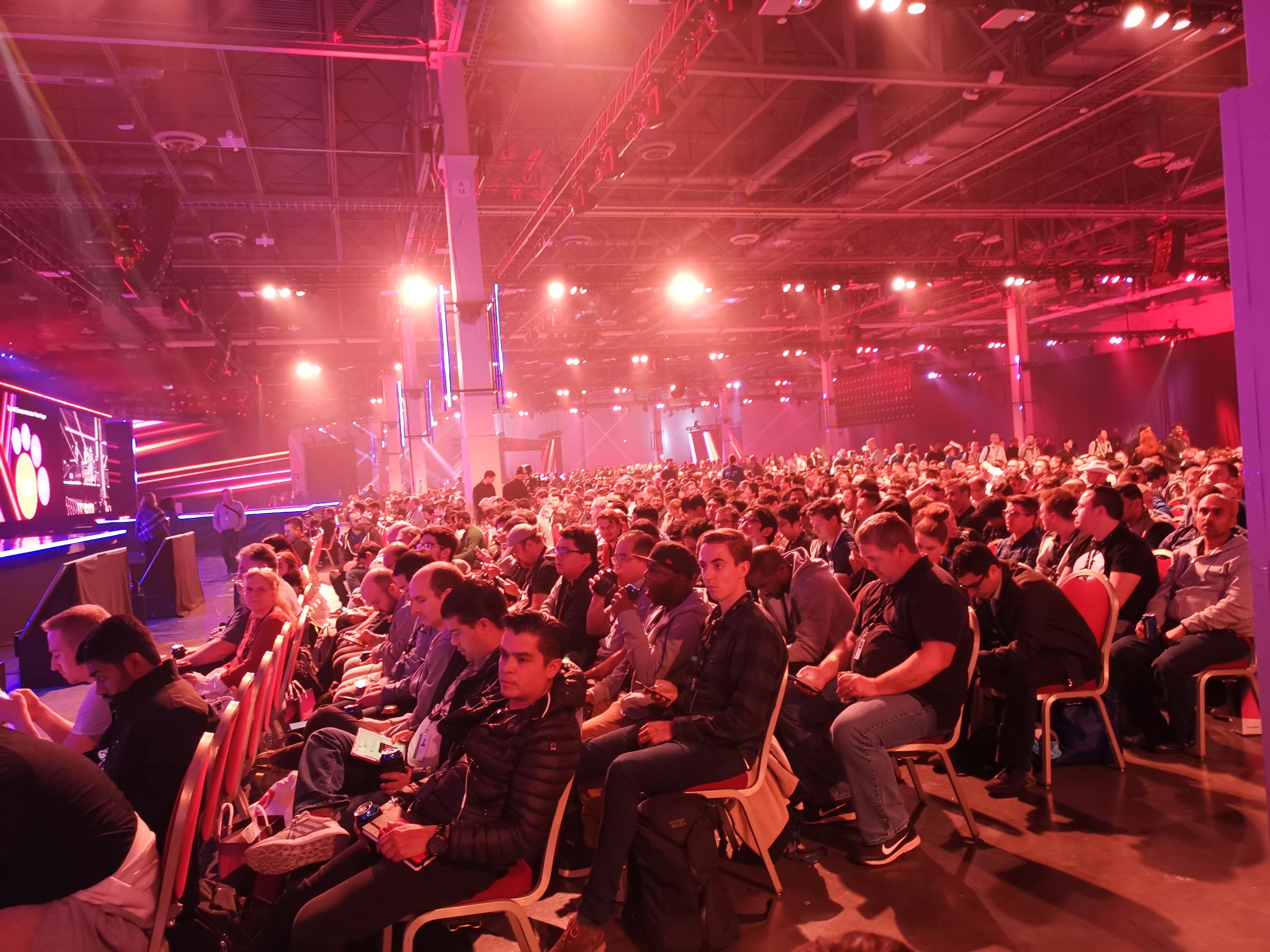 There were 52,000 customers and partners of Amazon Web Services (AWS) in attendance at re:Invent, but only a select few superstars got the chance to present their cloud success stories on stage. Canadian attendance was up 40 per cent compared to last year’s conference, according to AWS, with more than 1,500 filling the keynote halls and educations sessions. AWS launched dozens of new services to its platform, providing developers with new ways to train AI models, create databases, store archival data, and much more. 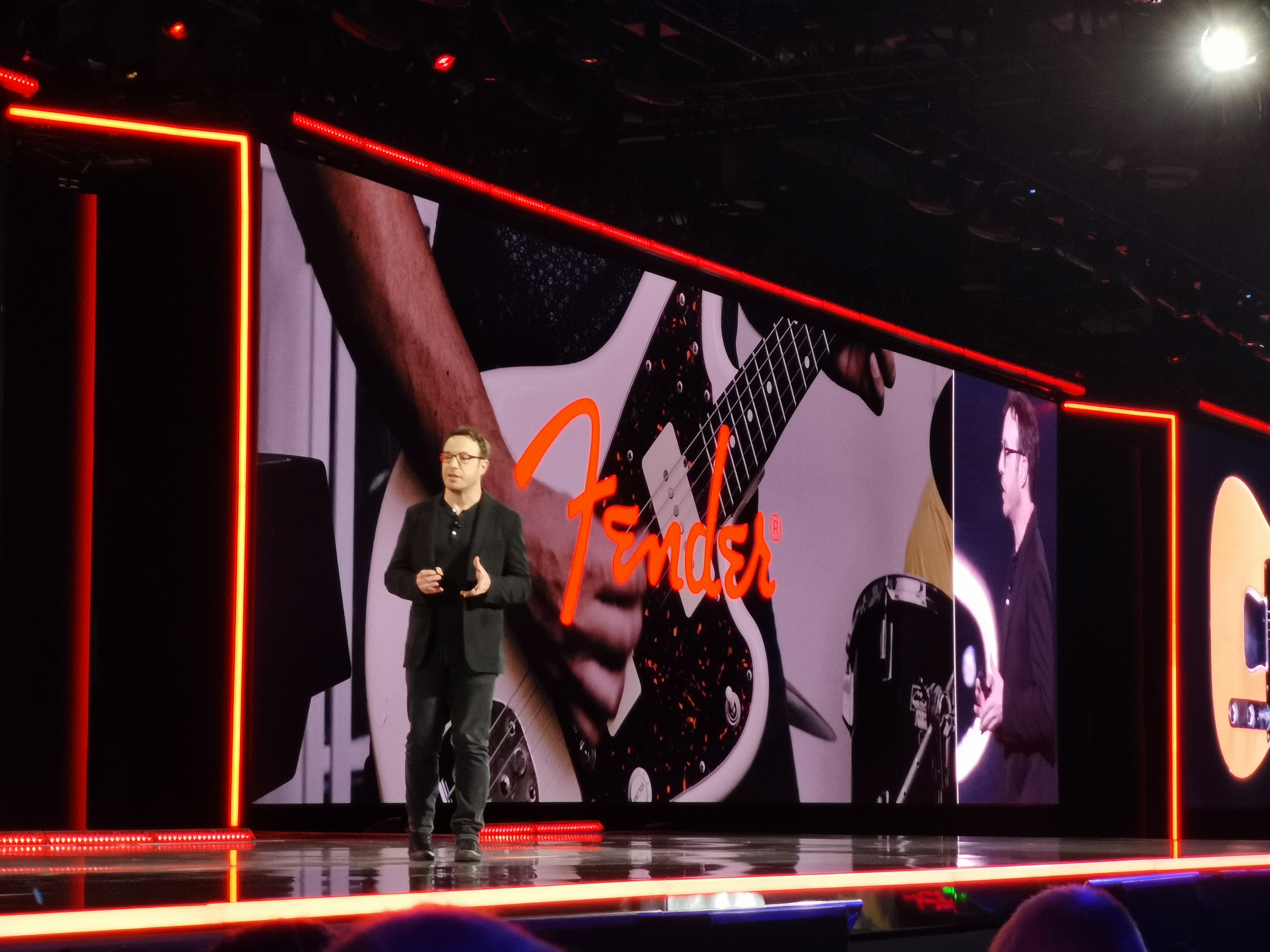 Ethan Kaplan, chief product officer at Fender Digital, conducted the first consumer segmentation study of guitar players after joining the legendary guitar brand. He discovered that 90 per cent of players quit within the first six months, but those that don’t will buy eight to 10 guitars over their lifetime. To keep players engaged, the firm created Fender Tune and Fender Play mobile apps to teach beginners how to tune and how to play with high-quality 4K video content. It’s all hosted and processed in the AWS cloud – all 747 TB of video, which has been viewed 5 million times. [Watch video on Youtube] 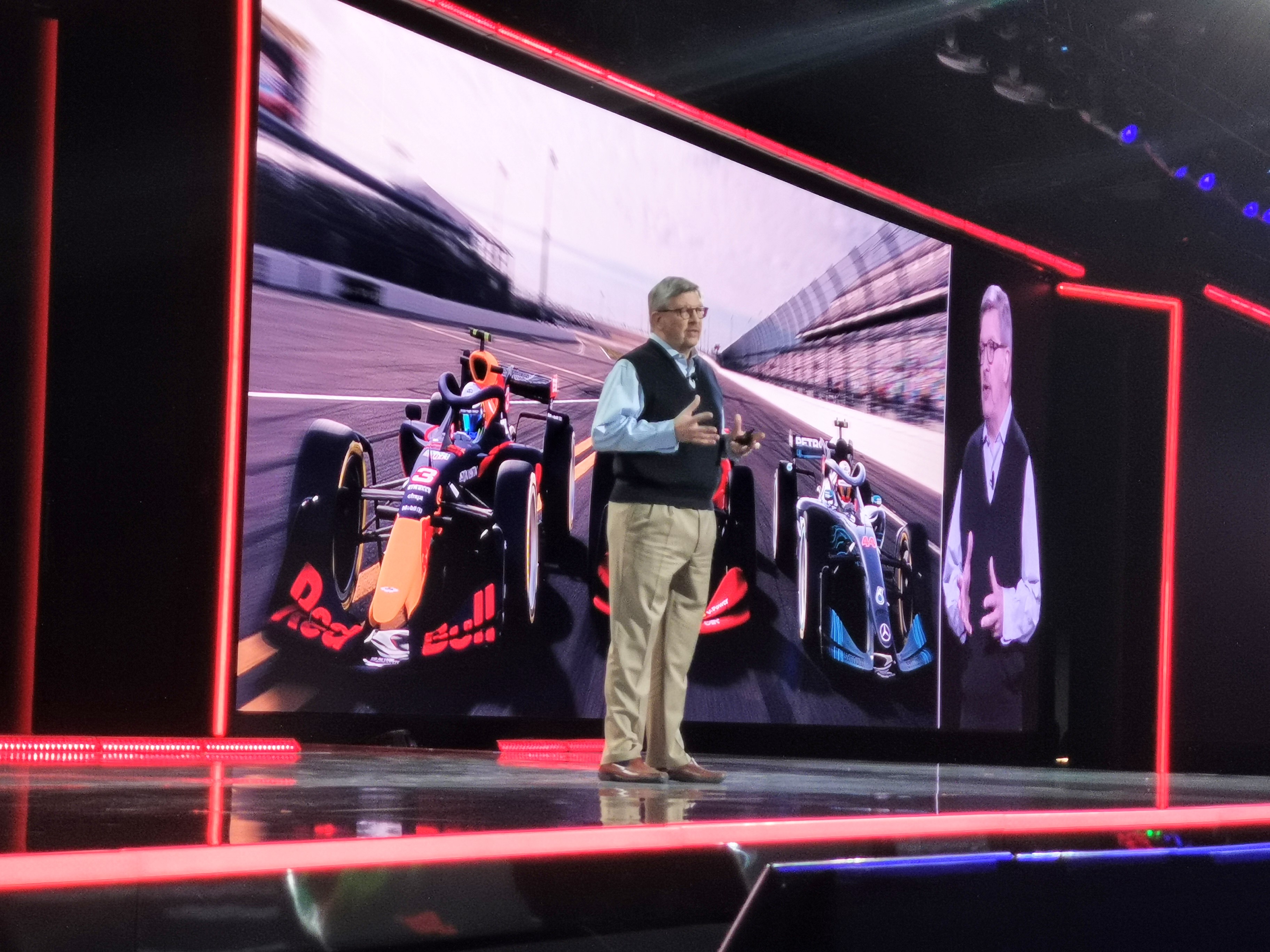 Ross Brawn Obe, the managing director of motorsports at Formula 1, wants to unlock the rich data stores generated by this gladatorial speed sport. “More than a million points of data are transmitted every second between the cars and the pits,” he says. Using AWS SageMaker, F1 is training AI to predict the likelihood of one driver passing another, and creating visuals to show it to fans in realtime. Data nuggets like these will be seen on TV broadcasts in 2019. [Watch video on Youtube] 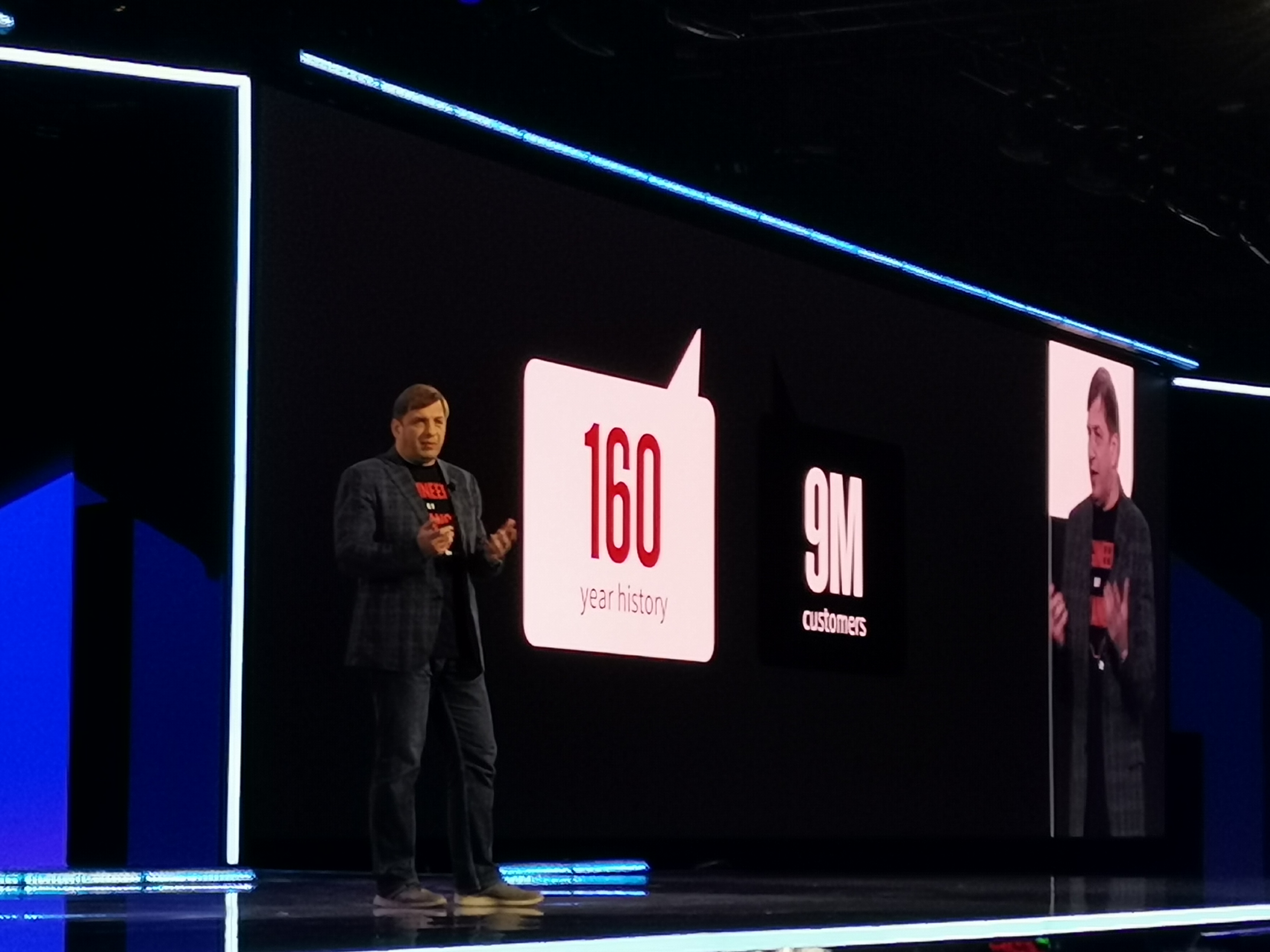 Yuri Misnick, executive general manager of business enabling technology at NAB, says this bank plans to invest $4.5 billion (AUD) over three years into cloud transformation, with AWS as its strategic partner. The largest business bank in Australia, it’s already running more than 100 cloud applications and taken its deployment time from weeks to under 15 minutes. “Our engineers love Lambda,” he said. “It’s helped us move fast, eliminate overhead, and reduce management across the stack.” NAB trained more than 3,000 of its software engineers on AWS and created a data lake in S3, consolidating hundreds of banking systems. [Watch ‘Spotlight: The NAB Cloud Guild’]

Guardian Insurance leaps to the cloud after 150 years 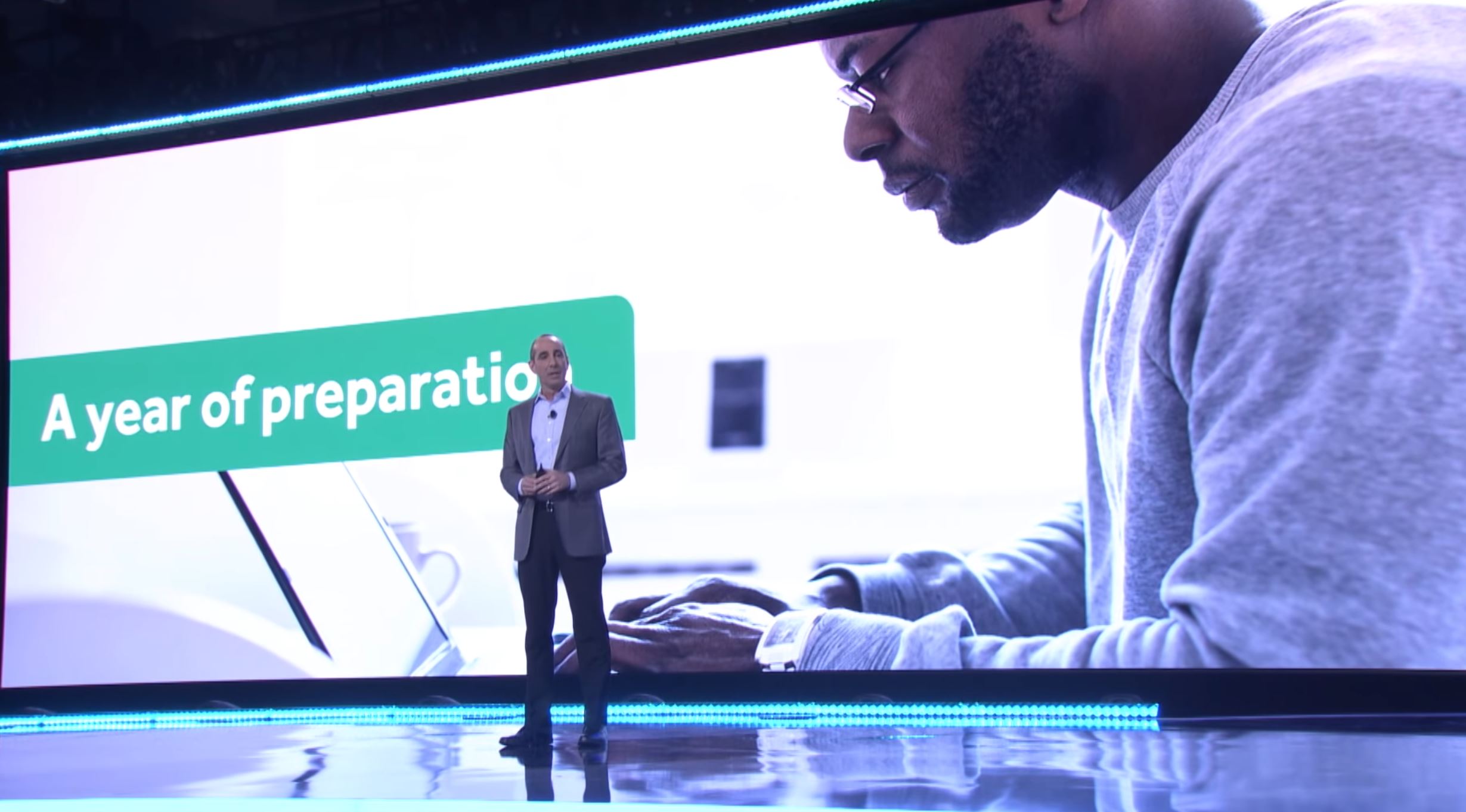 Dean Del Vecchio, CIO of Guardian Insurance first transformed the grey cubicle walls workplace of this 150-year-old firm, then took a production-first cloud rollout strategy. Today the firm uses 40 different software as a service (SaaS) vendors and AWS as its sole public cloud provider. It migrated 200 applications to AWS in just 12 months. “We shut down our last owned and operated data centre on Nov. 5,” he said. “Lights out.” [Watch on Youtube] 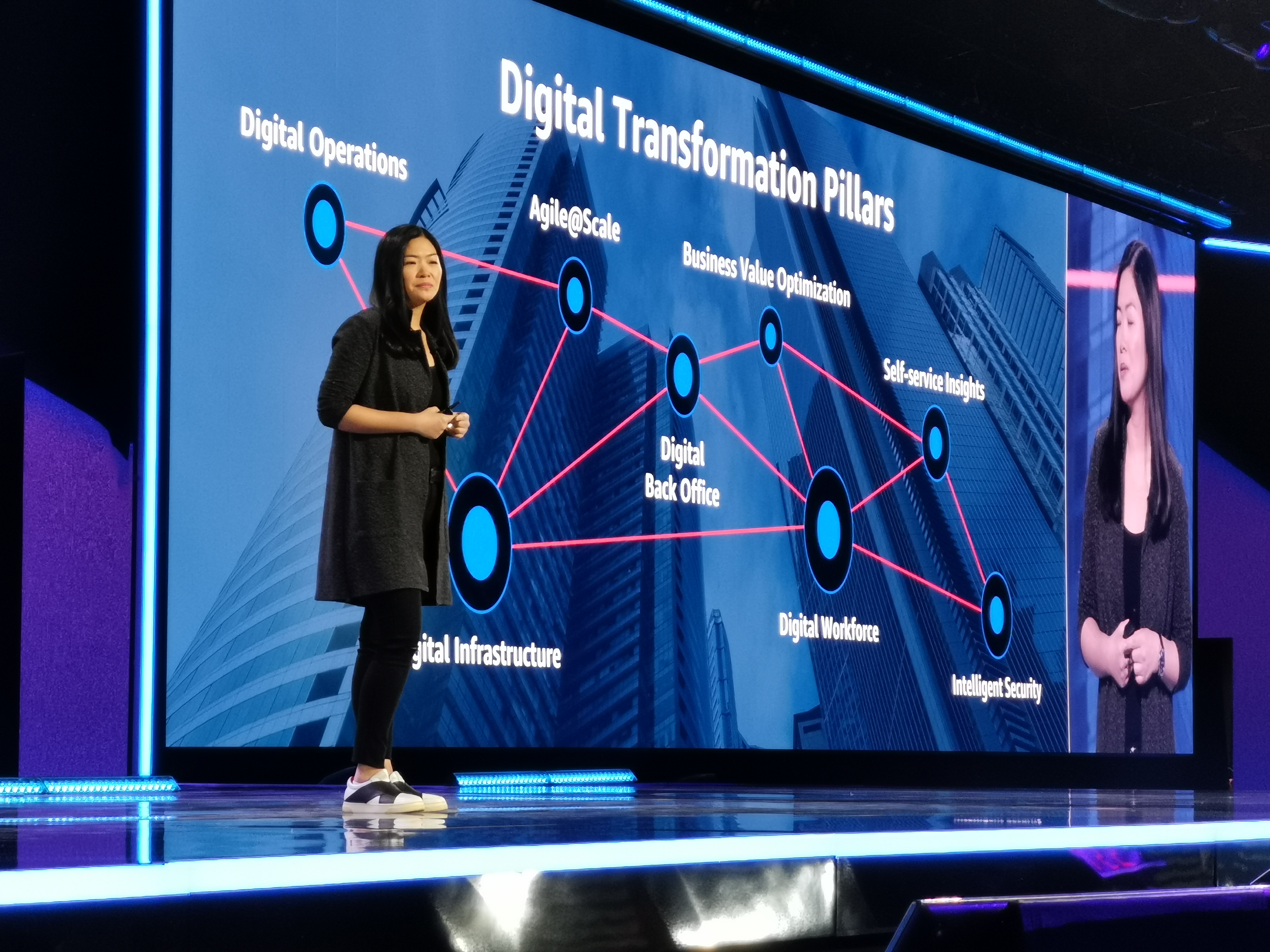 Pebbles Sy-Manalang, CIO of Globe Telecom, says her home country of the Philippines faces many challenges, such as an “unbanked” population and a lack of doctors. “We believe we can help build a Phlipines where families’ dreams come true,” she says. To do that, it aims to connect 2 million homes with 50 Mbps internet speeds in the next two years. To offer such a service, it migrated from its Oracle databases to AWS Aurora PostgreSQL. “Today we are seeing better performance at one-tenth the cost,” she says. [Watch on Youtube] 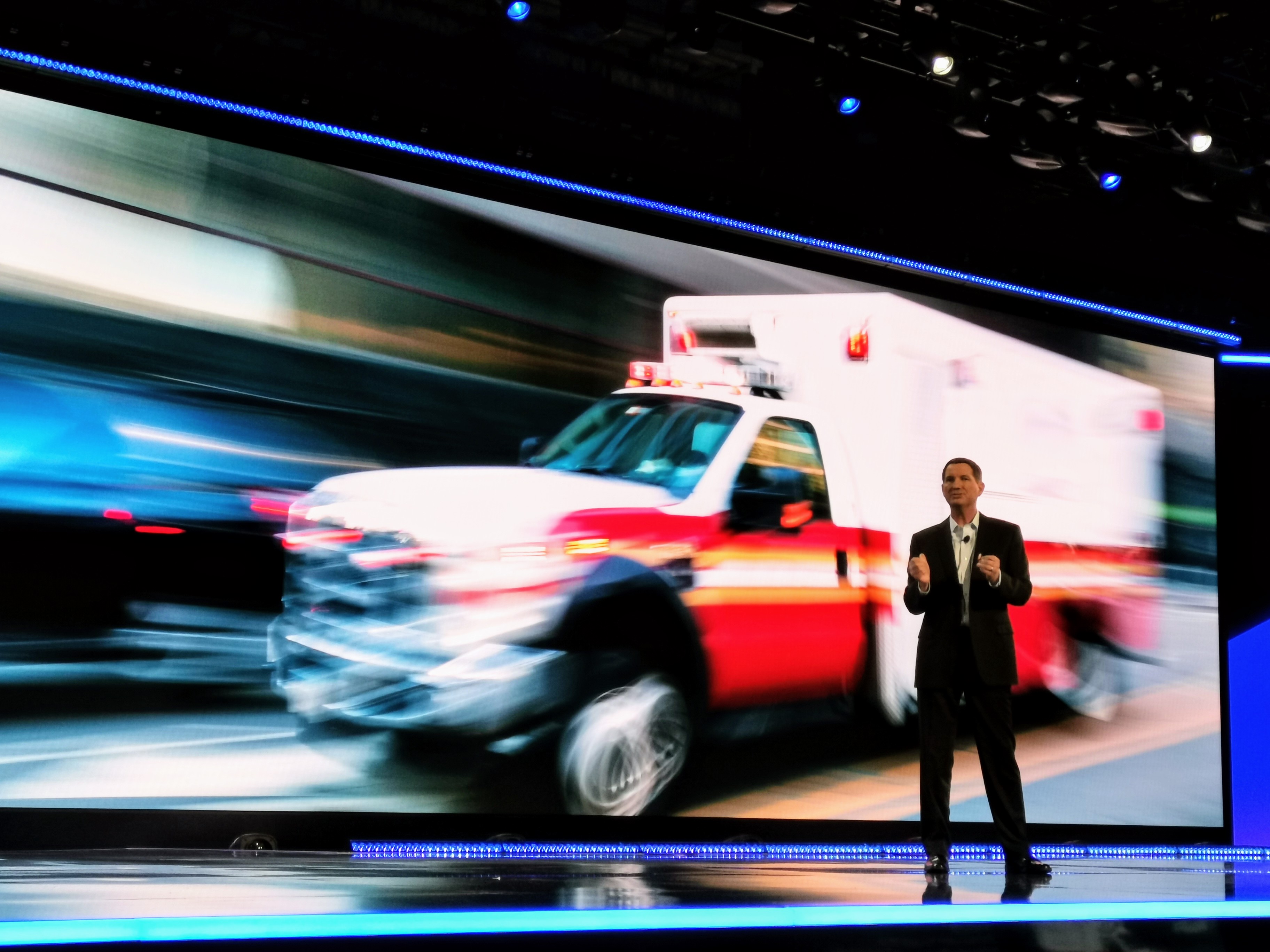 Keith Bigelow, GM and SVP at GE Healthcare asked the audience to imagine he met the unfortunate fate of a car wreck and how his fate would unfold differently based on where it took place. “If I had my car wreck here in Las Vegas, I could probably see a radiologist. But if it was out in the boonies of Nevada, I might have to wait 8 hours until morning. During that time, I could go into critical condition,” he said. GE is looking to help solve the lack of radiologists by using AI to determine if a critical condition, such as a collapsed lung, exists. Doing so could potentially save lives and reduce wasted resources. [Watch on Youtube] 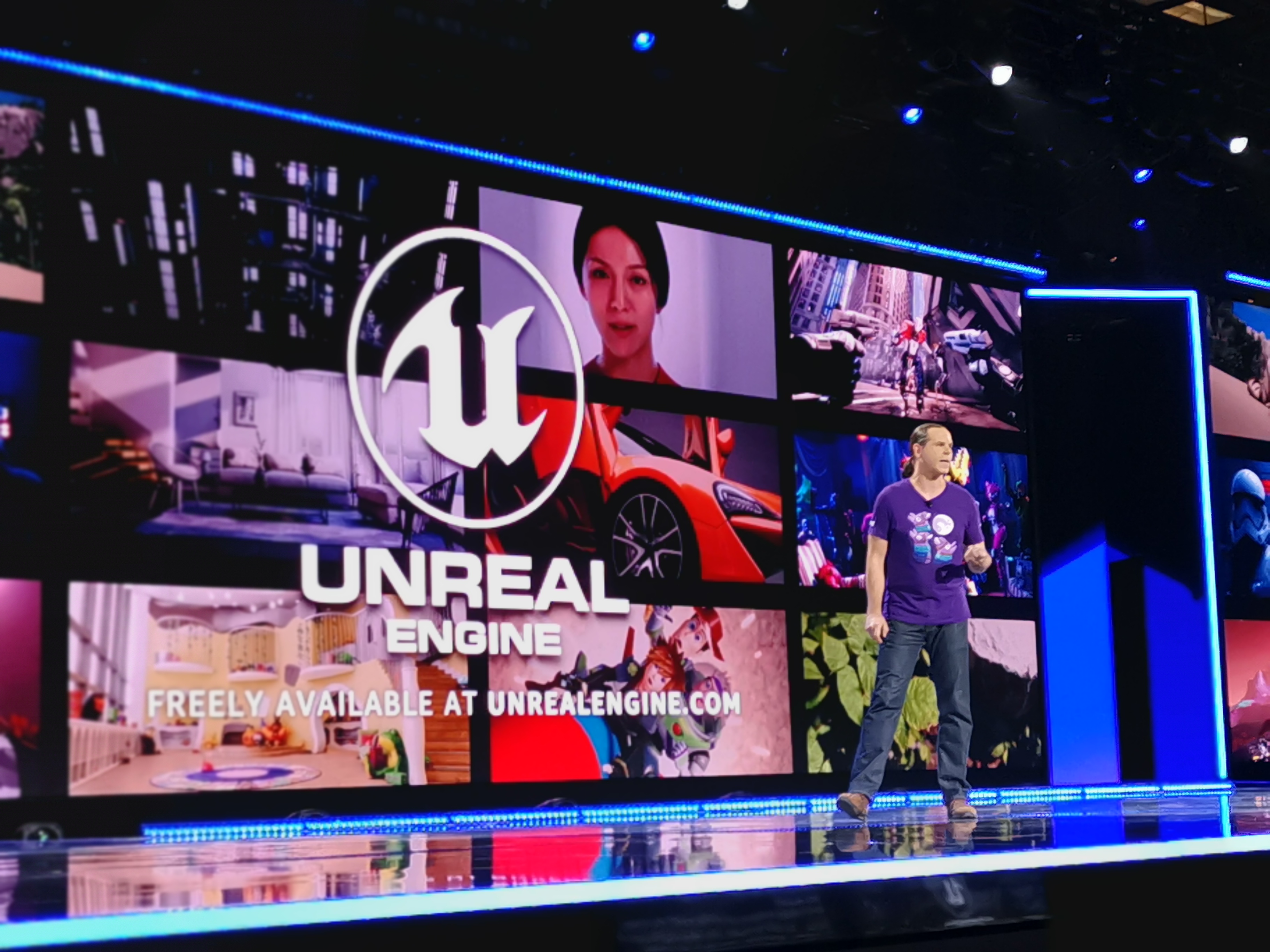 Chris Dyl, director of platform at Epic Games, shared how this videogames giant is using the AWS stack to run the multiplayer, multi-platform deathmatch hit Fortnite. The game has grown 100 times in the past month alone, he says, and as a result extreme elasticity is needed as demand waxes and wanes in different regions. It can even support huge events that drive millions of players online simultaneously, such as when a rocket ship was launched from Fortnite’s battle grounds. “We really stretch the capacity of AWS to the limit with these events,” he says. [Watch on Youtube]

Jennifer Schaeffer, CIO of Athabasca University in Alberta, which is an all-online university that wanted to expand its user base. Doing so wasn’t for lack of marketing, but because of constraints serving 40,000 students from a server rack in its on-premises data centre in rural Alberta. To adapt, Athabasca migrated its course content to AWS. Now Schaeffer is rethinking what’s possible, planning to deliver education in a “just in time” model to students, so they can progress as they live busy lives, not just when they set aside can concentrate for hours at a time. [Watch the ‘Modernizing Public Sector‘ panel]