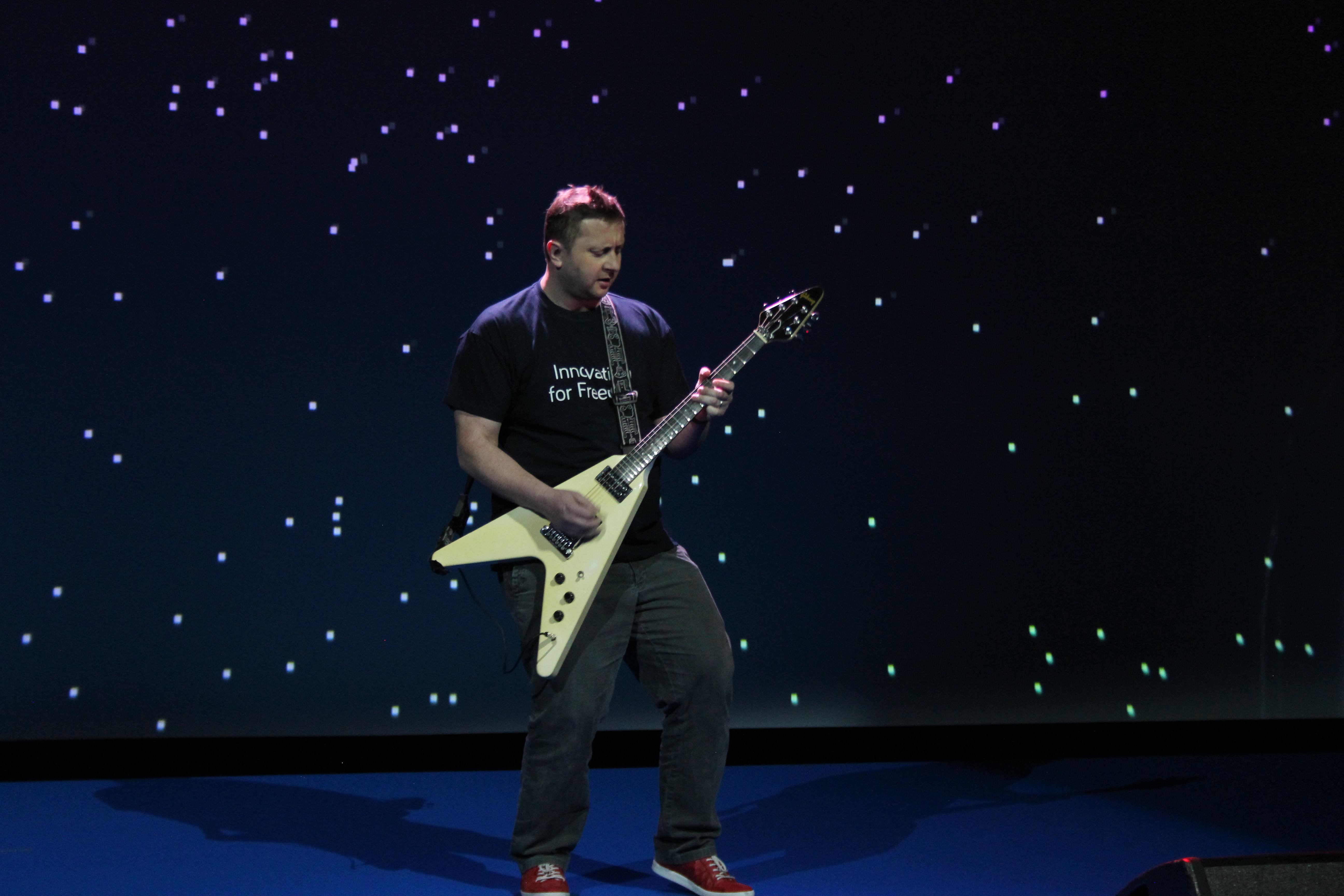 PARIS – OVH calls itself an alternative cloud vendor, so its no wonder that founder and chairman Octava Klaba opened the keynote with an alt rock guitar jam. The infrastructure provider that’s known more making its own servers and building its software on Openstack held its annual OVH Summit, delivering many product updates and announcements. OVH’s 28 data centres include six in Montreal, where it runs its North America operations that expanded into the U.S. this year with the opening of two data centres and the acquisition of VMware VCloud Air in April 2017. 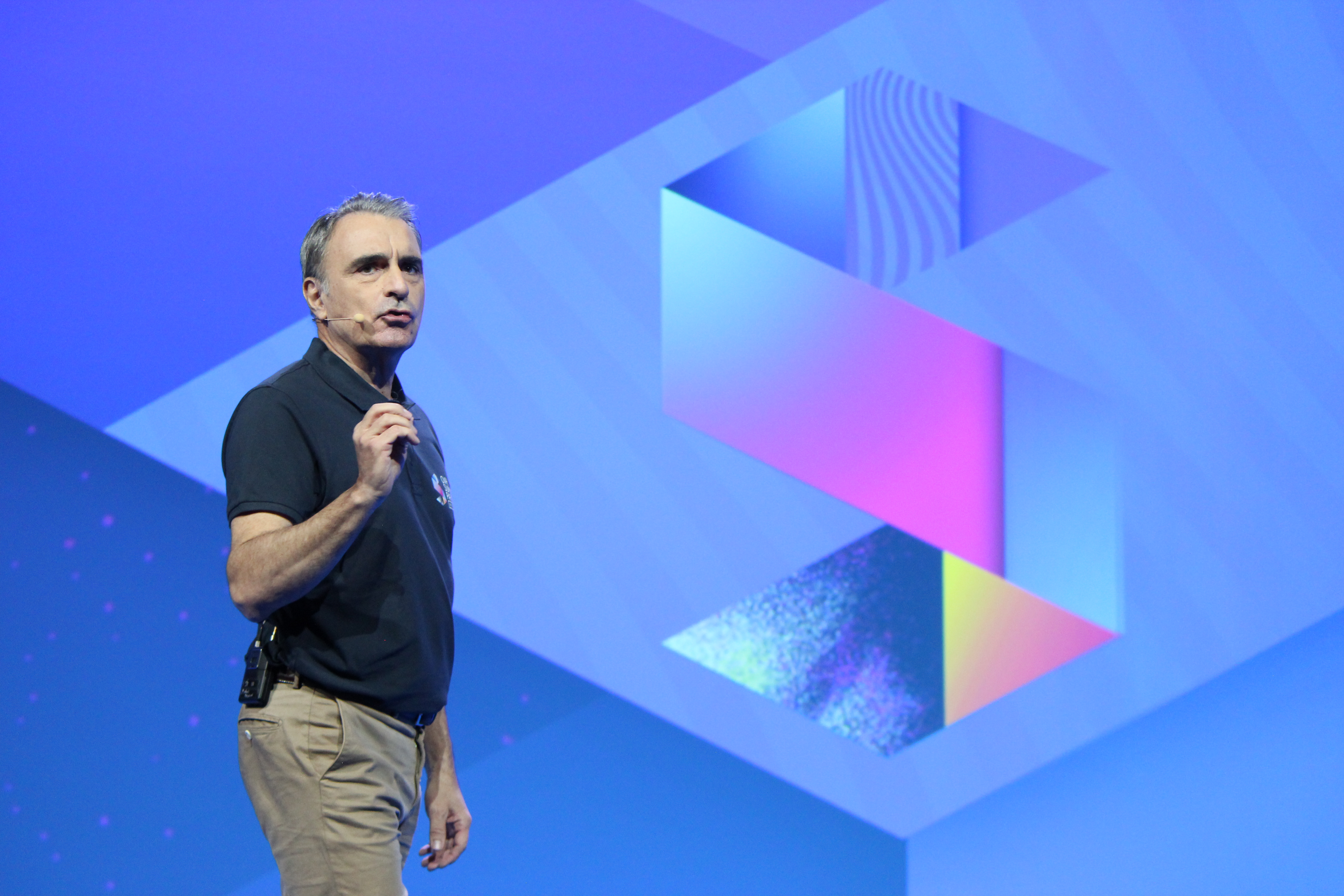 On the job for just four weeks, Michel Paulin is the new CEO at OVH, taking on the role from Klaba. An experience European telecom CEO that recently helped engineer an IPO, he says his mission is to continue rapid growth and to keep the same “DNA” of OVH – free software. “OVH is different,” he told the audience. “OVH is a global payer, but it’s also an alternative player.” One defined by open software that allows customers to easily get their data in – and back out again.

Water cooling in your living room 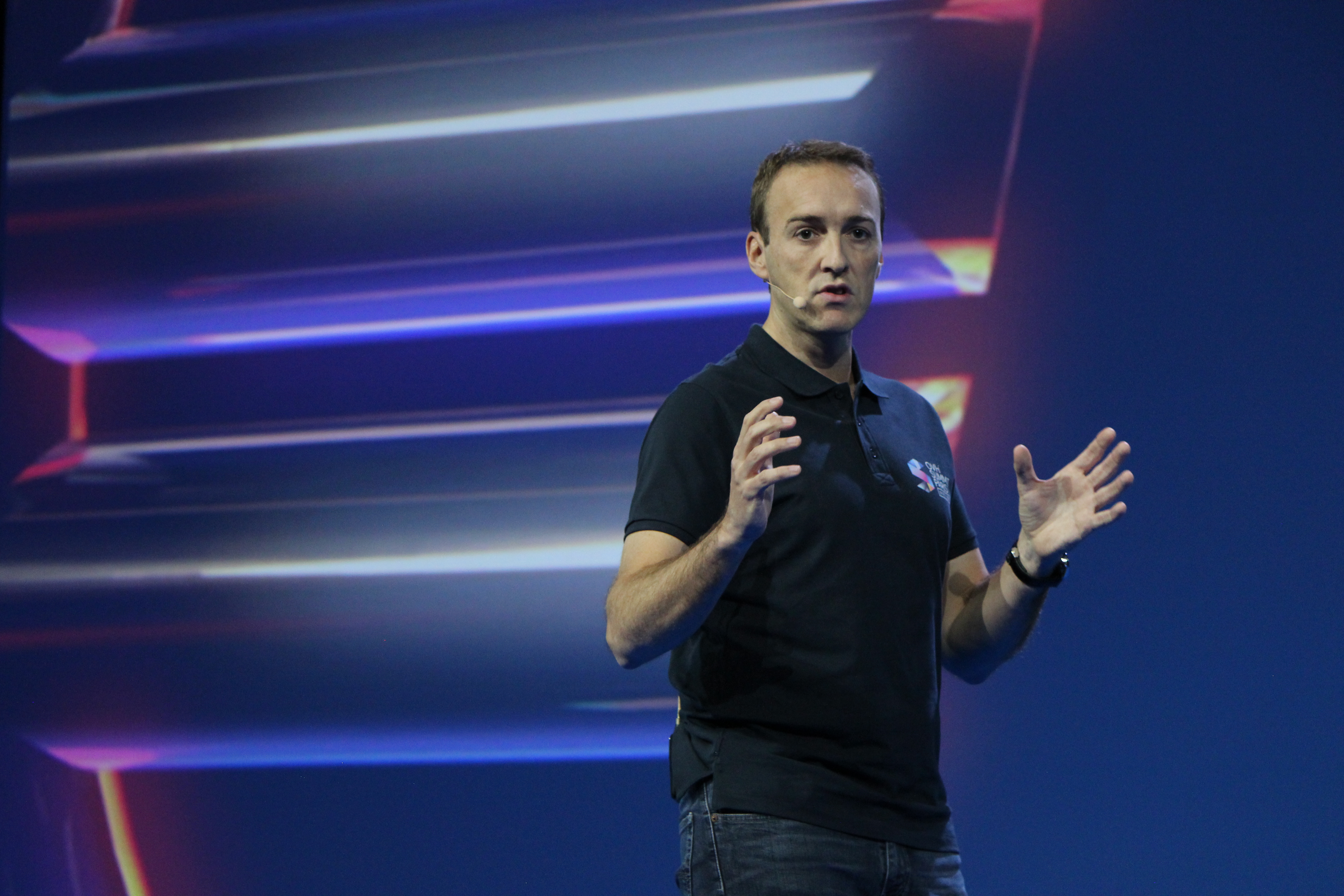 Elaborating on some of OVH’s technological advantages was Francois Sterin, chief industrial officer. OVH uses water cooling in all of its data centres, which it says is much more environmentally friendly and cost-effective than air cooling. “Air cooling is just not sufficient any more,” he said. OVH is also offering an autonomous bay, which takes its watercooling technology and puts it behind the rack cooling doors. It allows customers to deploy servers anywhere, such as an edge computing site, or “even your living room if you want.” 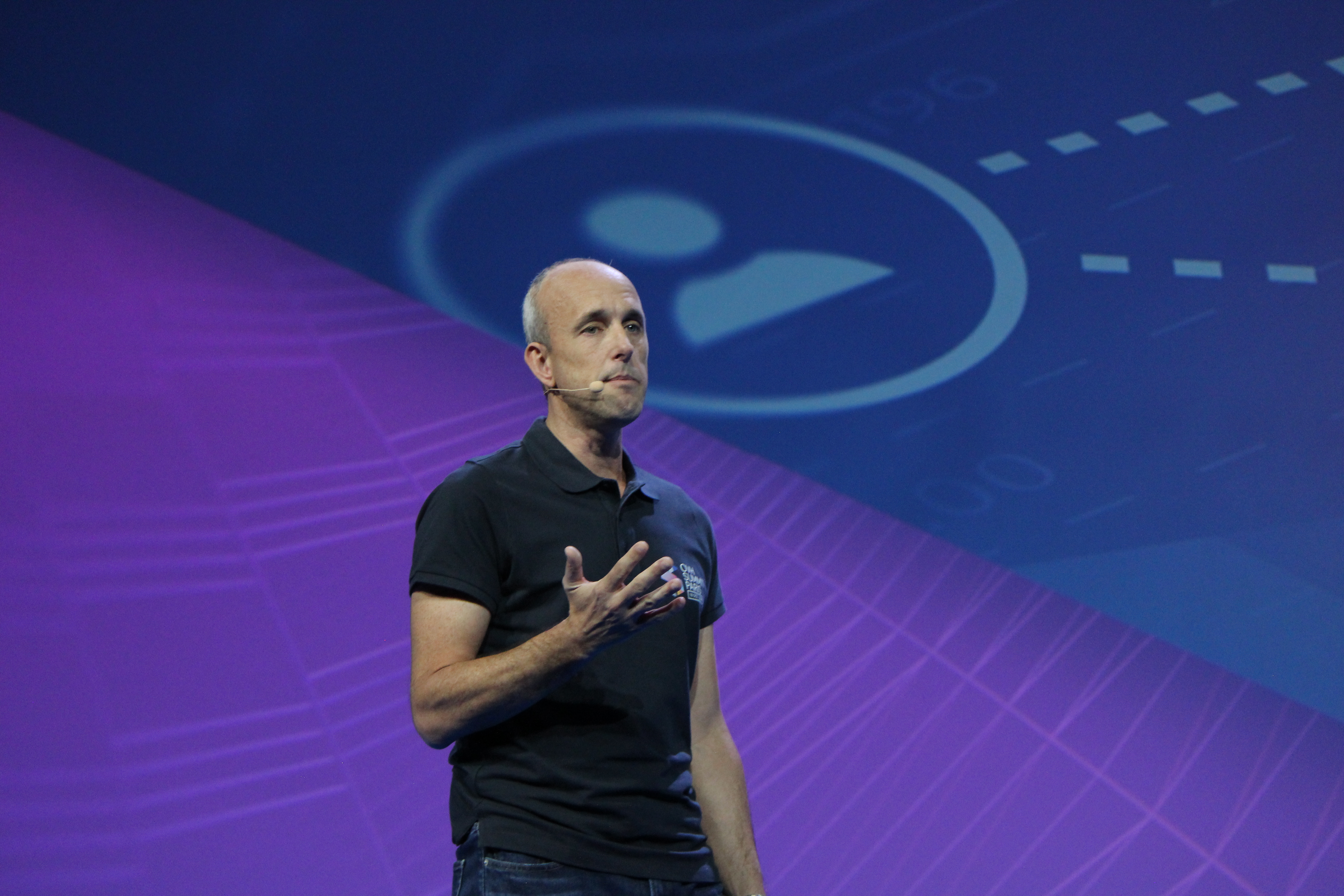 Xavier Perrett, EVP chief digital and marketing officer at OVH, pointed to how major customers are using OVH’s services and briefly name-dropped the government of Canada using OVHenteprise. This is being done through a reseller, ITWC learned later in an interview. Other customers he mentioned included Spain-based online gaming site Gog.com, which uses dedicated servers at OVH. Perrett also launched a Fiber internet offering for OVH B2B customers in Europe.

A rainbow in the cloud 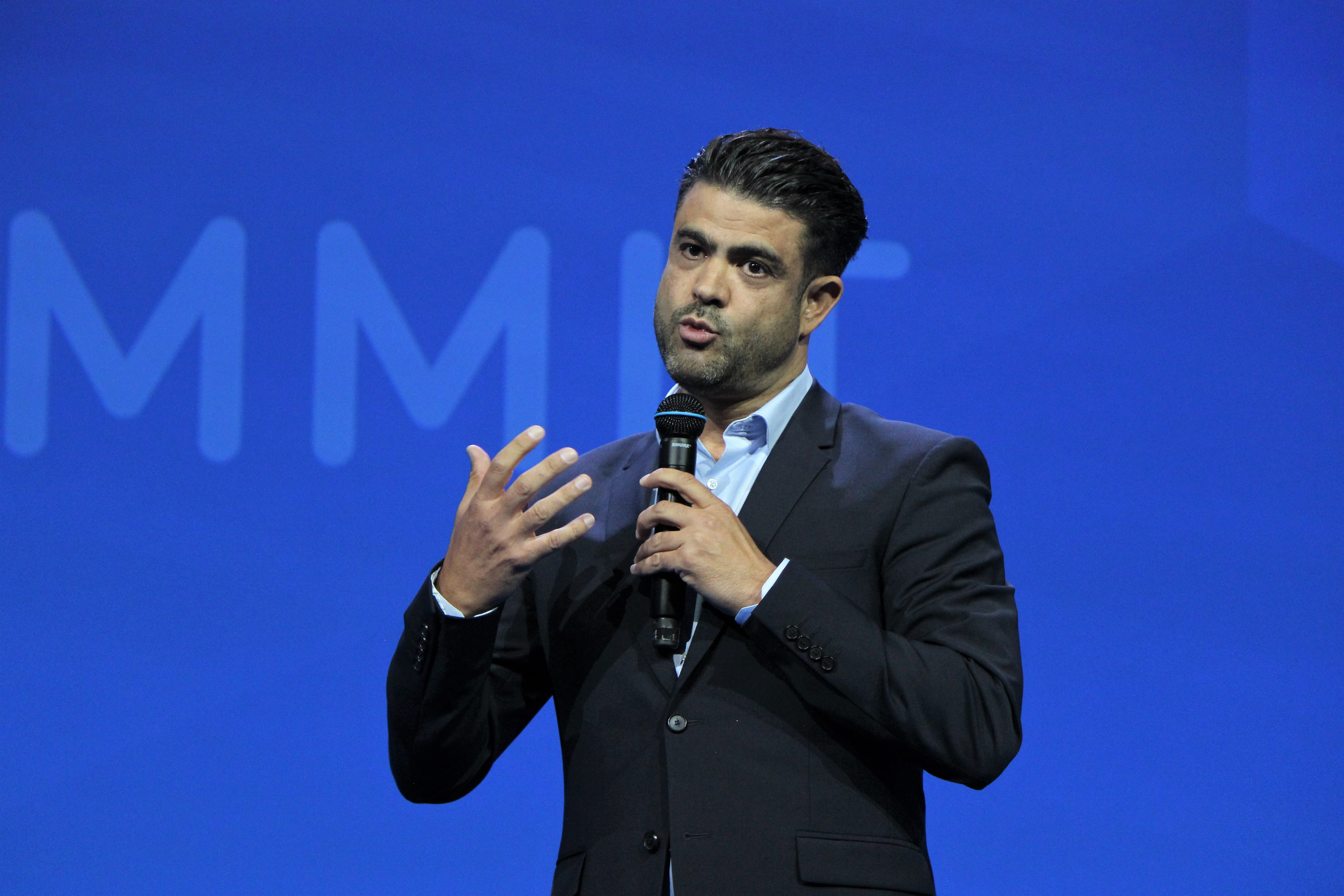 Alcatel Lucent Enterprise was the first customer to take the stage, represented by Moussa Zaghdoud, vice-president of cloud business unit. Alcatel offers infrastructure solutions to 50,000 users, he said. But the market is changing. “Customers are less into buying infrastructure and more into buying services,” he said. “So it’s the OpEx model instead of the CapEx model.” So the firm is offering Rainbow, a cloud-based collaboration app, and hosting it with OVH. 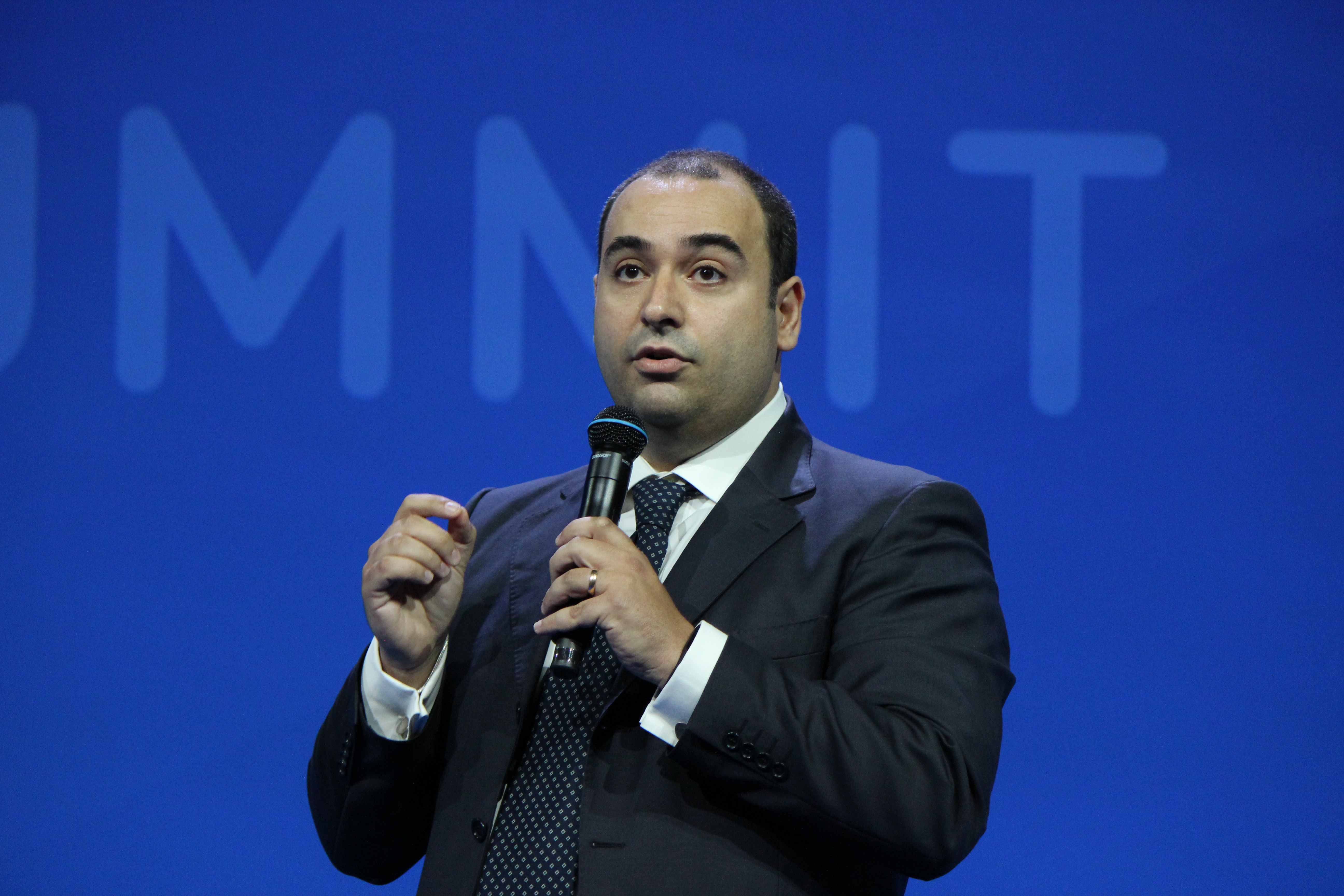 Another customer, Guido Vingione, driector of Copernicus Services at Serco, also took the stage. Copernicus is a joint initiative space program involving six satellites that monitor the planet’s health. The satellites deliver 12 TB of data per day. That data is made available via Onda, a platform allowing non-expert users access to the data for their own users – including developing applications and APIs. “What could be the impact of this data on our planet, on industries like agriculture and forestry?” Vingione says. 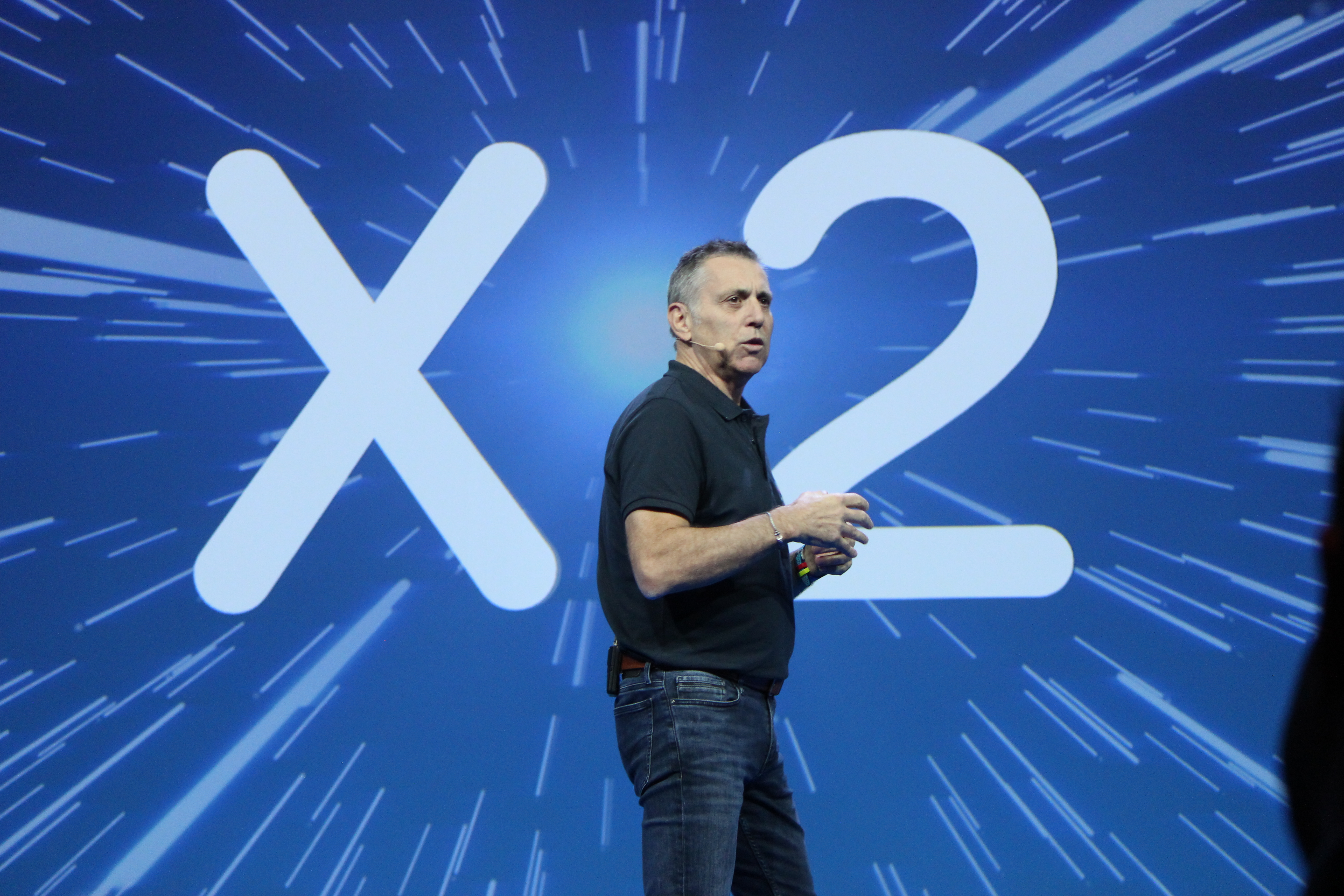 Alain Fiocco, CTO at OVH, pleased the customers in the crowd by telling them their bandwidth will be doubled for free. While OVH previously supported bursts up to 1 Gbps, the default bandwidth for all customers will now be 1 Gbps and the bandwidth will now be the default for ever new al service released. Canada will be included in the new bandwidth boost, and this will be rolled out over the next several weeks.

At the core of the server 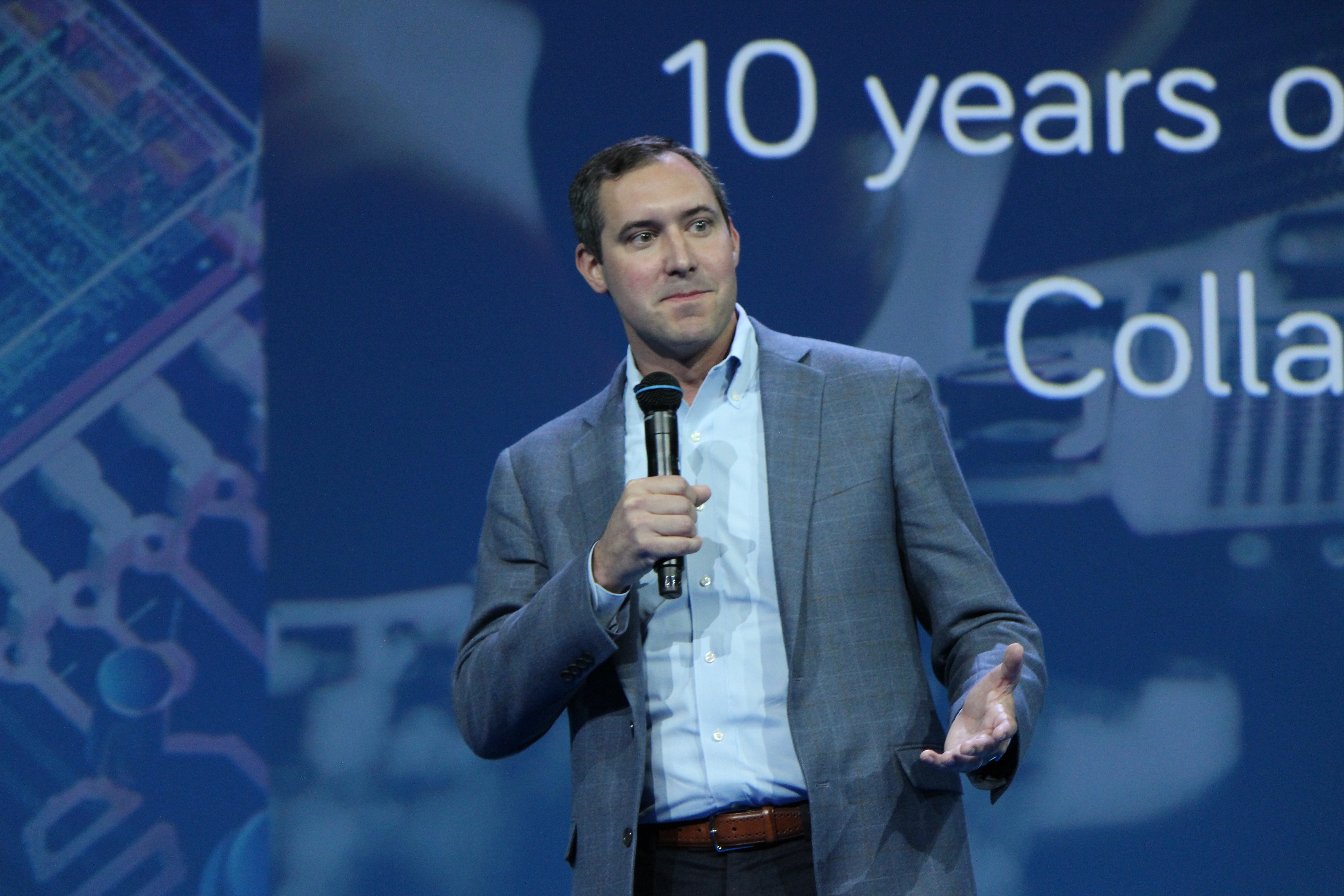 OVH uses Intel Corp.’s CPUs in its servers and Jeff Wittich, director of of Intel’s cloud service provider group appeared on stage. He says OVH will test technology very early on and then deploy it early on. Such was the case with Intel’s Xeon Skylake processors and its Optane DC SSDs. New OVH Servers launched last week – the mHG 2019, the HG 2019, the BHG 2019, all carry new those components. Intel wants more data to be availablering m for analysis. “Intel wants to address that challenge by ensuring data can move faster, be stored, and be processed.” 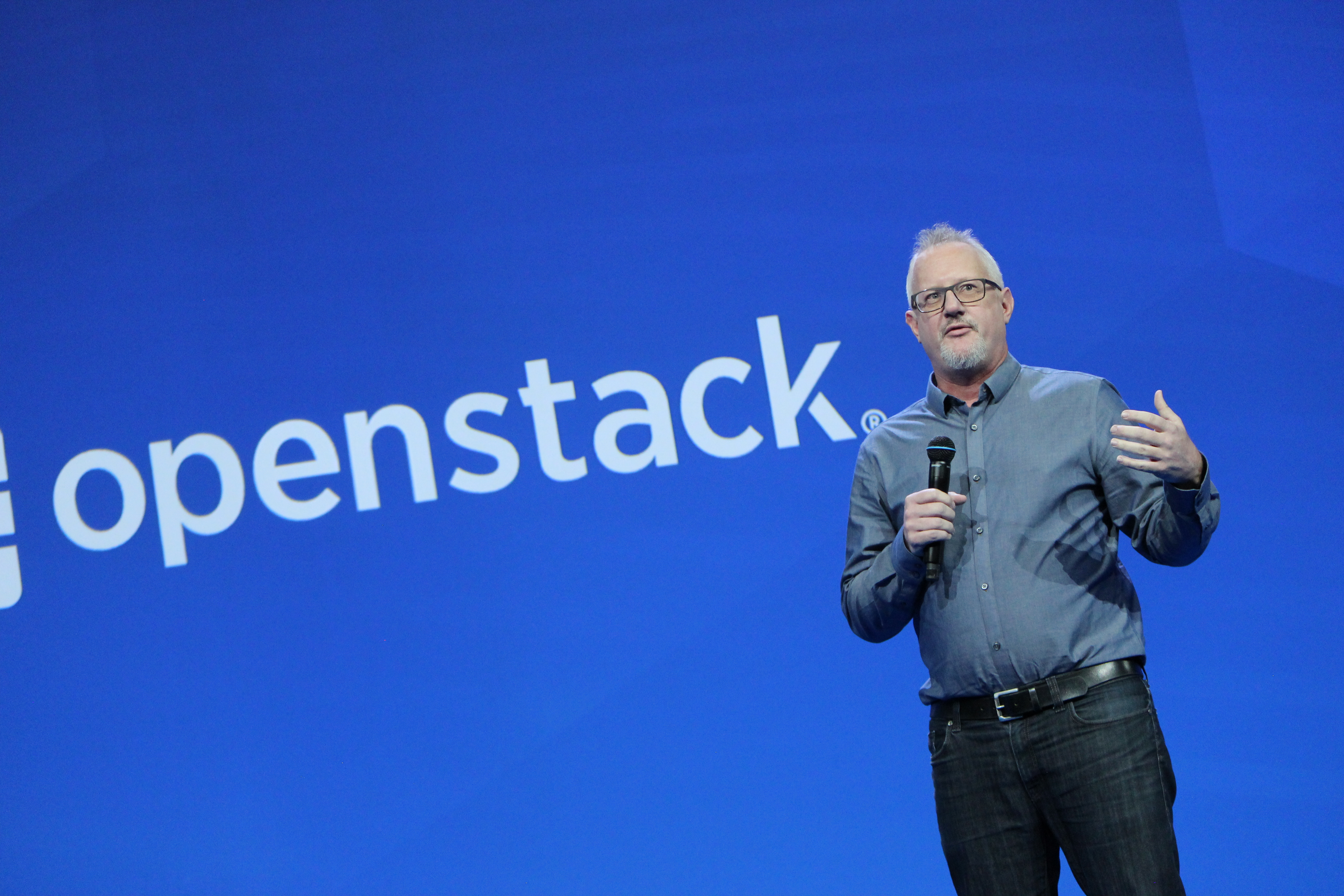 Mark Collier, chief operating officer of Openstack, spoke about how OVH contributes to the open source community. “The scale at which you’re running Openstack is incredible,” he said. “All of that experience and feedback OVH brings to the community benefits everyone.” With its public cloud offering, OVH ran 500,000 instances of Openstack in one month. The 24 Openstack server regions run by OVH include Canada’s six data centres. They were all updated to the latest version of Openstack in recent months, without even one customer losing a minute of uptime. 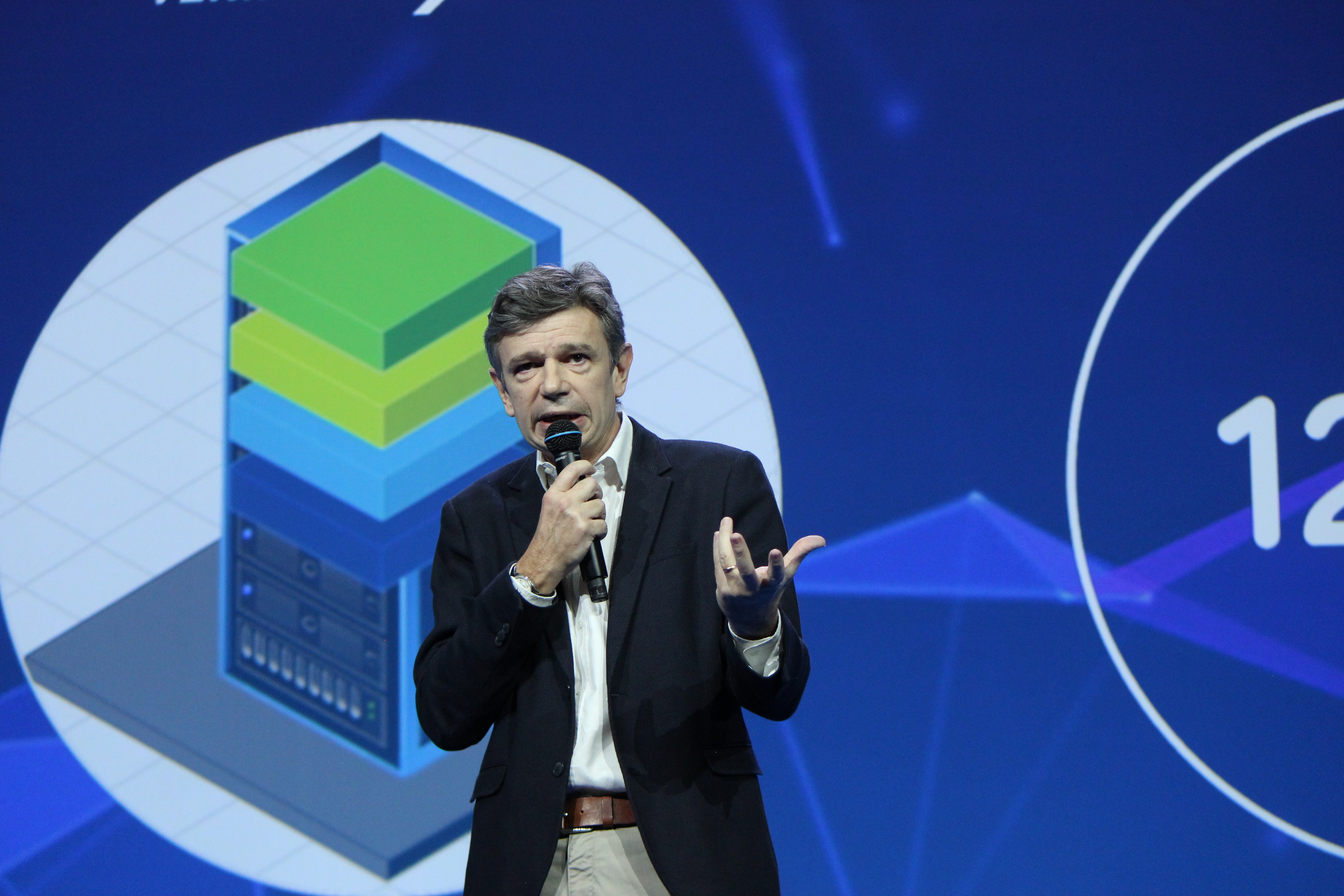 VMware is another key OVH partner, as its servers are built around the virtualization software, and OVH acquired VMware’s vCloud Air. Herve Renault, senior director of cloud providers EMEA for VMware says that partnership goes back to 2010. OVH is playing a lead role in moving VMware workloads from on-premises to the cloud, he said, and VMware anticipates customers will be moving up to 10 million workloads to the cloud by 2021. HCX, a tool that will help move workloads from VMware on-premises deployments to OVH’s cloud in a transparent way is slated for release after VMWorld.

Why the U.S. is different 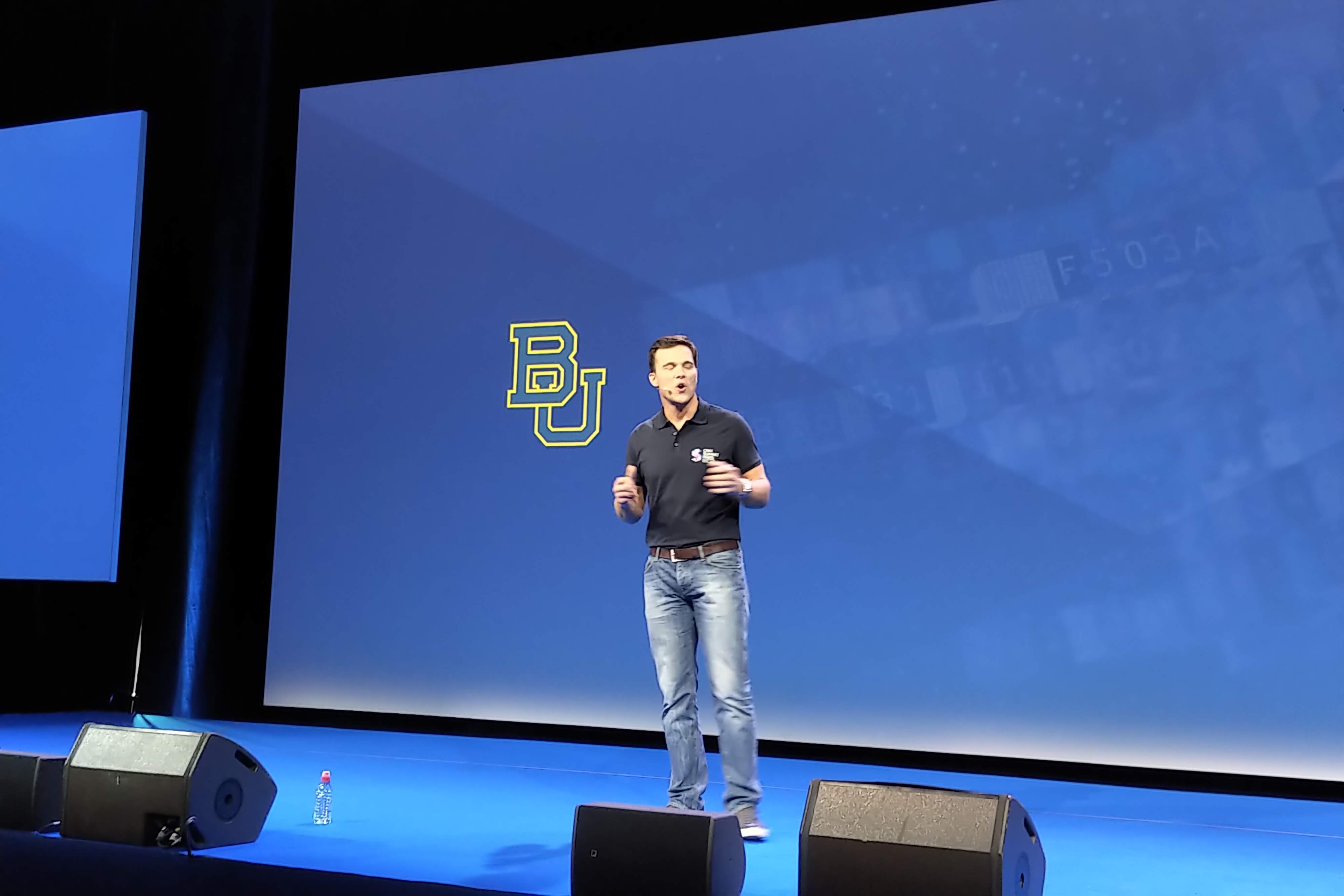 Russell Reeder, the OVH U.S. president, came on stage to announce OVH is offering a 50 per cent discount on dedicated servers in the U.S. for a limited time. He also made clear that OVH U.S. operates independently from the rest of the OVH organization, to ensure full compliance with U.S. laws including the Patriot Act. OVH often points to its European origin and ability to host data outside of the U.S. as an appeal to international firms that are wary of the U.S. government getting access to their data.