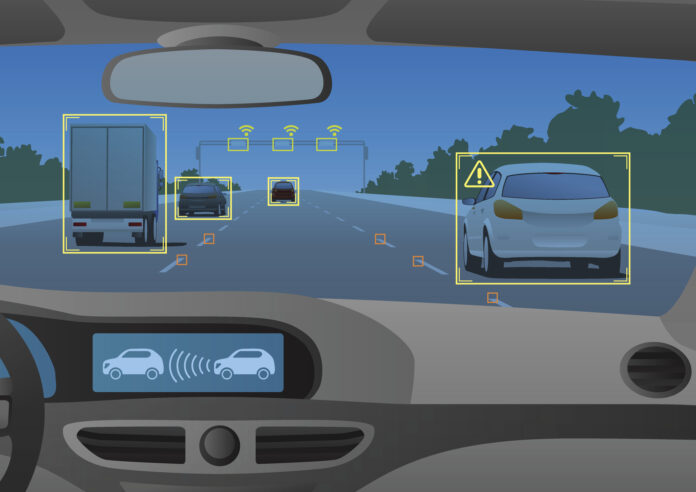 STRATFORD – We are in Mayor Don Mathieson’s office to talk about how this community of 32,000 people will play a key role in enabling Canada be part of the autonomous vehicle revolution, one of the most transformative digital projects underway in the world today.

Mathieson has just returned from Michigan where he visited Mcity, a 32-acre “mock city” testing ground for autonomous vehicles, and the American Centre for Mobility at the former GM Willow Run complex, a 335-acre site to test connected and autonomous vehicles, connected infrastructure technologies and communications systems for vehicles.

With the Automotive Parts Manufacturers Association, Stratford will be the key test bed for the connected car and the ultimate goal of driverless vehicles in Canada and Mathieson is anxious to ensure that the city has all that companies will need to test and prove these new technologies. It is where Canadian companies and Canadian research can be tested out and where foreign partners can join up with Canadian companies.

For Canadian companies, especially small and midsize upstarts, a Canadian test-bed is critical. Ontario’s Budget 2017 will provide funding to help establish a Demonstration Zone here. This will complement plans for open integration into the community as connected cars and autonomous vehicle prototypes become a regular part of city traffic.  Late last year, Stratford was able to provide Japanese-owned Renesas Electronics from Michigan with a Stratford Festival parking lot where, with QNX and Waterloo University engineering students, Renesas tested a connected car for the Consumer Electronics Show in Las Vegas in January. But Stratford Festival parking lots are not available when the theatre season is in full play.

Stratford’s designation as Canada’s “anchor demonstration hub” didn’t happen by accident. Rather, the Stratford story shows how a community can take charge of its future – and how innovation ultimately depends on what happens at the local level. Stratford, in the 1990s, took a hard look at what Canada-U.S. free trade and NAFTA would mean for an economy that was heavily based on traditional manufacturing industry. It decided to go digital and build a community with a digital mindset.

Stratford, through its municipally-owned electricity company, Festival Hydro, and its high-speed Wi-Fi broadband company, Rhyzome Networks, is working to introduce Dedicated Short Range Communications technology, a highly efficient two-way short-range communications system that is essential for the development of advanced driver-assistance systems and their evolution to fully-autonomous vehicles.

According to the U.S. Department of Transportation, the technology “permits very high data transmission critical in communications-based active safety applications” which is essential to ensure interoperability between vehicles and infrastructure to prevent vehicle crashes, deal with extreme weather conditions, and imminent hazards, such as the sudden stop of a vehicle in front, slippery road patches ahead and merging traffic. The same technology can be used for vehicle-infrastructure connections such as e-parking and toll payments as well as technologies such as smart traffic lights that can communicate with emergency vehicles.

Rhyzome is also moving to introduce Lidar technology, which allows vehicles to use light to sense the environment around vehicles – everything from rocks, walls and buildings to clouds and rain – to help prevent accidents and to help ensure that vehicles stay on the road. It is also looking at 3D mapping.

At the same time, Stratford is planning a second accelerator/commercialization centre for start-ups and early-stage companies and city officials say they hope to attract IBM Watson to provide access to its advanced computing and cloud tools at the centre.

Ontario’s Budget 2017 is providing a further $80 million boost over five years, in conjunctionn with Ontario Centres of Excellence, to support an Autonmous Vehicles Innovation Network through industry-led  R&D projects with Ontario universities, reinforcing Stratford’s potential as the key site for testing new technologies.

The city took ownership of its electrical distribution utility, Festival Hydro, and from that in 2008 spun out  a separate enterprise, Rhyzome Networks, to create a Wi-Fi network covering the entire city, with high-speed broadband fibre for industrial users, as well as 40 km of ‘dark fibre’.  Rhyzome operates a 70 kilometre grid of optical fibre and a city-wide high-speed wireless network technology, providing the digital infrastructure that is making this city of 32,000 a digital technology centre – and the test bed for the 21st century digital vehicle technologies. Stratford’s downtown has free Wi-Fi for local residents and visitors. Rhyzome is currently updating its original Motorola access points to new Aruba modules, which will allow an increase in speed from 8 Mbps to 30 Mbps.

The city negotiated with Waterloo University the establishment of a satellite campus specializing in digital media, including a Digital Media Centre, and subsequently the campus became a host hub in the Network of Centres of Excellence …. The city’s schools, library system and healthcare system are all digital and the Stratford festival, to expand its audience, is now producing high-definition copies of all of its productions as a way to expand its audience worldwide.  The city has also become a test-bed for pilot projects, such as Toshiba’s LED street lighting. The connected car and autonomous vehicles are another chapter in the city’s digital evolution.

Developing the autonomous vehicle is an evolutionary process. Today, companies are investing heavily in advanced driver assistance systems, some of which are now becoming standard systems in vehicles. These range from autonomous energy braking systems, adaptive cruise control, forward-collision warning, parking assistance, night vision, traffic signal recognition and driver monitoring.  All of these systems will be part of then transition to fully autonomous vehicles – and they depend on advances in microprocessors and sensors, wireless connectivity between vehicles and between vehicles and infrastructure, mapping, middleware and software algorithms, mapping, access to the data cloud and actuators, utilizing artificial intelligence, to take fast actions.

Stratford’s ambitions for the digital age show that with the right ingredients, including strong local leadership, communities can take charge of their future.  Its ambitions for connected cars and autonomous vehicles are an important chapter in what is a bigger story in an age of digital possibilities. David Crane
David Crane is a noted commentator on Canadian innovation issues. He was previously a business and economics writer with the Toronto Star.
Previous articlePatch management essentials
Next articleThe year is 2022 – Do you know where your business strategy is?