The impact of COVID-19 has affected everyone around the world in varying degrees. LinkedIn’s latest Workforce Confidence research sheds light on how professionals across different gender groups, functions and generations are feeling about the outlook and the stresses of the pandemic, including childcare and work responsibilities.

In LinkedIn’s most recent workforce confidence index – based on a poll of 2,150 members, conducted between July 27 and August 23 – women reported significantly lower levels of workforce confidence than men, drawing an overall score of +27, compared with +42 for men, on a scale of -100 to 100. Women reported lower scores across all three categories of job security (+42 vs +58 for men), personal finances (+17 vs +32 for men) and career outlook (+20 vs + 36 for men). This index measures how Canadian professionals feel across three areas including financial wellbeing, job security and career outlook.

The overall Workforce Confidence Index score for Canada was +35, rebounding slightly from a drop in recent weeks that took it to +31 previously. Confidence about job security overall has been climbing, reaching a new high for the index of +51. 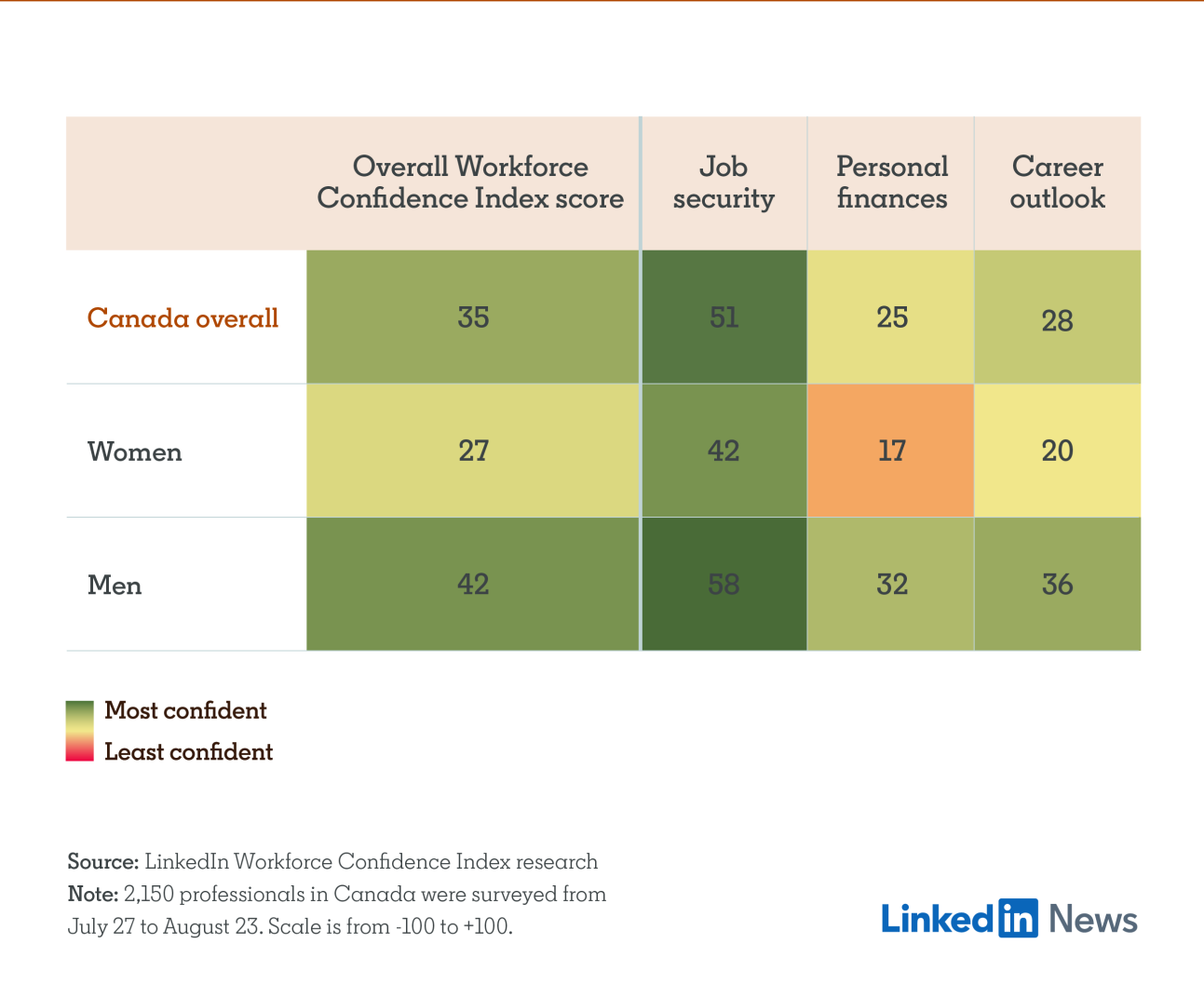 Some key findings from the index include: