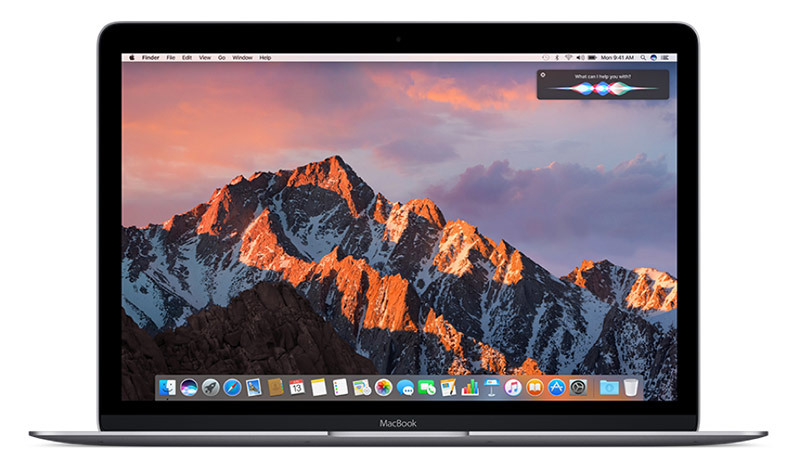 Apple is taking the right steps forward updating its operating system. After refreshing iOS to version 10, it released macOS 10 Sierra. Adding support for Siri even includes MacBooks made as far back as 2009. That move demonstrates Mac hardware may have a longer lifespan than PC-based machines. Microsoft’s Windows 10 does not necessarily run on machines from 2010. So long as the PC has 4GB of memory, runs on a solid-state drive, and has at least 2 (preferably 4) cores, Windows 10 may work on it. Ideally, old computers running Windows 10 will not have a CPU any lower than an Intel i3 processor or equivalent.

MacOS 10 Sierra does not include just Siri, a voice-activated assistant that has been on iPhone and iPads for many years. Its integration with the iCloud narrows the lead Dropbox has over Apple. iCloud syncs the desktop and documents folder (if selected during set-up). For $1.29/month, users may upgrade cloud storage to 50 GB.

Optimize Storage is a good utility that will help users manage space. Since the most popular Macbook Air model is the version having 128GB storage welcome update, this is a welcome inclusion.

Apple does not want Microsoft’s Cortana being a deciding factor for desktop users. Siri’s voice search for documents makes finding files easy. Spotlight search (command + space bar) already did a good job finding files. In my experience, searching for files on a MacBook works better than Windows 10’s search. Microsoft insists on searching on the web along with local files. Even after turning off web search, the search feature is more cumbersome than that of Apple’s.

Siri makes things even easier. Users may specify parameters in the search to narrow results.

Related
Why ultrabooks are gaining favour in the enterprise

Sierra’s update makes desktop sharing among Apple devices possible. This does not imply Apple computers will replace PCs in the enterprise, if the latter is the dominant system. IT departments supporting a PC environment often have Mac users that need a connection to the network or to the printers. The MacOS update does not address that.

Auto-unlock is now possible for Apple Watch owners. Users may now unlock their Mac with the watch. This does not enhance security, especially for enterprises that have a strict password policy. It is more a convenience that suits consumers.

MacOS Sierra is an incremental, but necessary operating system update. It includes security updates and improved stability. Apple is more closely integrating iCloud on all of its hardware. Apple is targeting Dropbox and perhaps Microsoft’s Azure platform.

Companies that support Macbook Pros and Airs should go ahead and update them with this (free) OS. For PCs, IT departments need not rush in upgrading to Windows 10. Still, if mission critical applications work in Windows 10, PCs should be updated to this operating system.