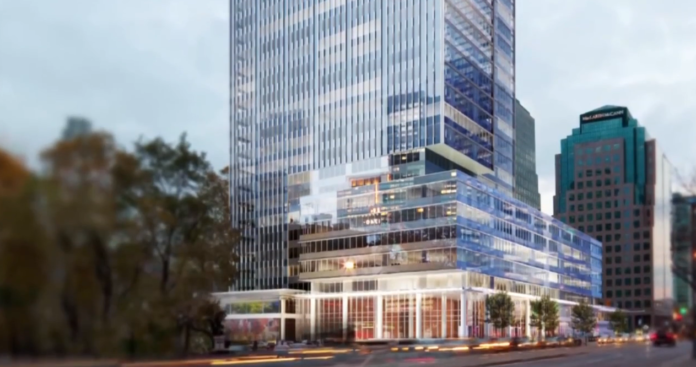 If you ask Carleton University’s newest research chair, Mohamed Ibnkahla, what IoT stands for, he might tell you it’s the “Internet of Turtles.”

Then he’d be kidding, since as the Cisco Research Chair in Sensor Technology for the Internet of Things, IoT is right in his title. But this PhD holder and electrical engineer can legitimately say that turtles can be connected by IoT as well. An Ontario Ministry of Natural Resources project funded him to use GPS and wirelessly-connected sensors to track at-risk turtle species movements so it could better understand the risks they faced.

That’s why he was able to hold the ELEC 490 class at Queen’s University in 2007-08 titled “Wireless sensor networks for turtle Species at Risk monitoring.” It’s also where he learned how important it is to design with the end user in mind when developing IoT systems. An early design of the sensor that weighed 500 grams was too heavy for the turtles, he found, so he trimmed that down to a more manageable 50 grams.

“We had to create the best fit for the turtle’s needs,” he says. “They also spend the whole winter in the lake, under water. So once they get into the water, I just shut down the battery and put it on the lightest functionality. I don’t need to waste my battery for nine months when the turtle is just in the lake.”

Now that he’s earned the research chair at Carleton, funded by Cisco Canada with a grant for $1.8 million over the next nine years, Ibnkahla plans to explore how to develop IoT applications that will suit people and impact their behaviour in positive ways.  He says that healthcare and the food industry are the two industry sectors that stand to benefit the most from IoT apps in the short term.

Imagine being able to detect a virus as it moves through the population, infecting new victims one by one, for example. It’s an idea that Ibnkahla has been discussing with healthcare providers, and in a way that calls on people to help by “calling in sick” with an app.

“It can be as simple as measuring the temperature of the population and communicating that to a big data centre,” he says. “The citizens have to be involved and contribute, not in a passive way.”

Sensor technology that collects information such as blood pressure, blood sugar levels, and temperature could also help patients with chronic diseases recognize warning signs of a crisis well before the symptoms are perceptible, he says.

In the food industry, Ibnkahla imagines providing more details about the food we buy in grocery stores. Using a small RFID chip and a bit of memory, it’s possible to have a record that’s available to display to the consumer, creating more confidence that it’s unspoiled.

“We can trace the location of food, and its temperature, from the point of its origin to the time it reaches your house,” he says. “People are conscious of these things and technology can help us with that.”

It’s possible that one day we’ll walk through the produce aisles with our own personal spectrometers, he says, scanning melons to figure out if they’re ripe instead of squeezing them with our hands.

Ibnkahla plans to use Cisco’s seed money for his research chair to hire students that will work on IoT ideas and eventually develop prototypes for testing. He also plans to build other partnerships and make use of government programs to tap more funding for his research. He sees Cisco as playing a role in commercializing the technology that his team develops. The company’s soon-to-open IoE Innovation Centre in Toronto could play that sort of role, he says.

“My job is to make the best use of the infrastructure provided by Cisco… and use it to connect people, sensors, houses, cars and so on,” he says.

Ibnkahla says he’ll consult with Carleton and with Cisco on his plans to spend the research money, but the final decision-making lies with him. One of his first plans will be to reach out to the City of Ottawa to see what urgent and priority applications he might want to start with.

“My strategy wherever I go is to see what are the needs of my community and my neighbourhood,” he says.

With nine years to research an emerging field, Ibnkahla currently has an open slate as to what applications will emerge from his research and how it will make an impact on people’s behaviour. So if there’s one adage he’ll keep in mind, it’s that slow and steady wins the race.