Rogers introduces ‘one SIM to rule them all’ 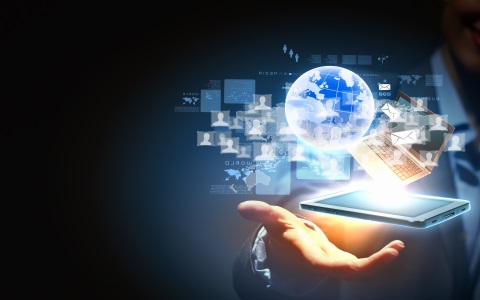 Rogers has teamed up with smart card company Giesecke & Devrient to create an Internet of Things (IoT) communication system for global companies. The pair will produce a SIM card designed for connected devices that can be used in a variety of countries via different carriers.

Aimed at Canadian businesses, the SIM connects IOT-enabled devices to local carrier networks across the world, which Charlie Wade, senior vice-president for products and solutions at Rogers said will simplify global rollouts for companies based in Canada.

“Before we partnered with G&D to bring businesses this new SIM solution, customers that wanted to deploy IoT solutions globally would have had to purchase different SIM cards from different operators,” he said.

This situation made it difficult for companies to manage their IoT communications networks in different countries. “Each operator has its own pricing for SIM cards and activation fees,” he explained.

The SIM card supports LTE, 3G and 2G networks, making it possible to use it on lower-bandwidth, lower-cost carrier services. That will remain a possibility as long as other carriers make their 2G networks available, Wade said. That’s important, because many IoT devices may batch data that is already compressed and non-time critical, reducing operating costs for firms.

As IoT makes its way into more industries, solutions like this will become increasingly useful for businesses with a global reach, according to Wade.

“If you look at an automaker, for example, the SIM solution will allow them to remotely provision connectivity over-the-air to vehicles,” he explained. “The benefit is that it allows them to deliver a range of in-vehicle services such as real-time navigation, parking assist systems, and telematics and remote diagnostics.”

The carriers that Rogers works with for this solution are members of the M2M World Alliance, a group of nine carriers spread over six continents. The SIM carries a default Rogers profile, but additional carrier profiles can be downloaded onto it, enabling businesses to localize it for M2M World Alliance members.

Related
5G is coming and will have broader use cases, greater impact on data centres

“If you look at a manufacturer, in the past, exporting smart, connected products around the globe required complex production runs in order to embed regional specific SIM cards for each country,” Wade said. “The ongoing management of these SIMs required multiple carrier relationships and management systems creating additional complexity and cost.”

The advantage of this SIM is that it also gives users a single view of all of their connected devices regardless of their location or carrier via the Rogers IoT platform, he added.

Danny Bradburyhttp://www.wordherder.net
Danny Bradbury is a technology journalist with over 20 years' experience writing about security, software development, and networking.
Previous articleVisa, FICO turn to location-tracking smartphone apps to reduce credit card fraud
Next articleHyLife is high on the hog thanks to faster query times