Reaching IT decision makers in Canada 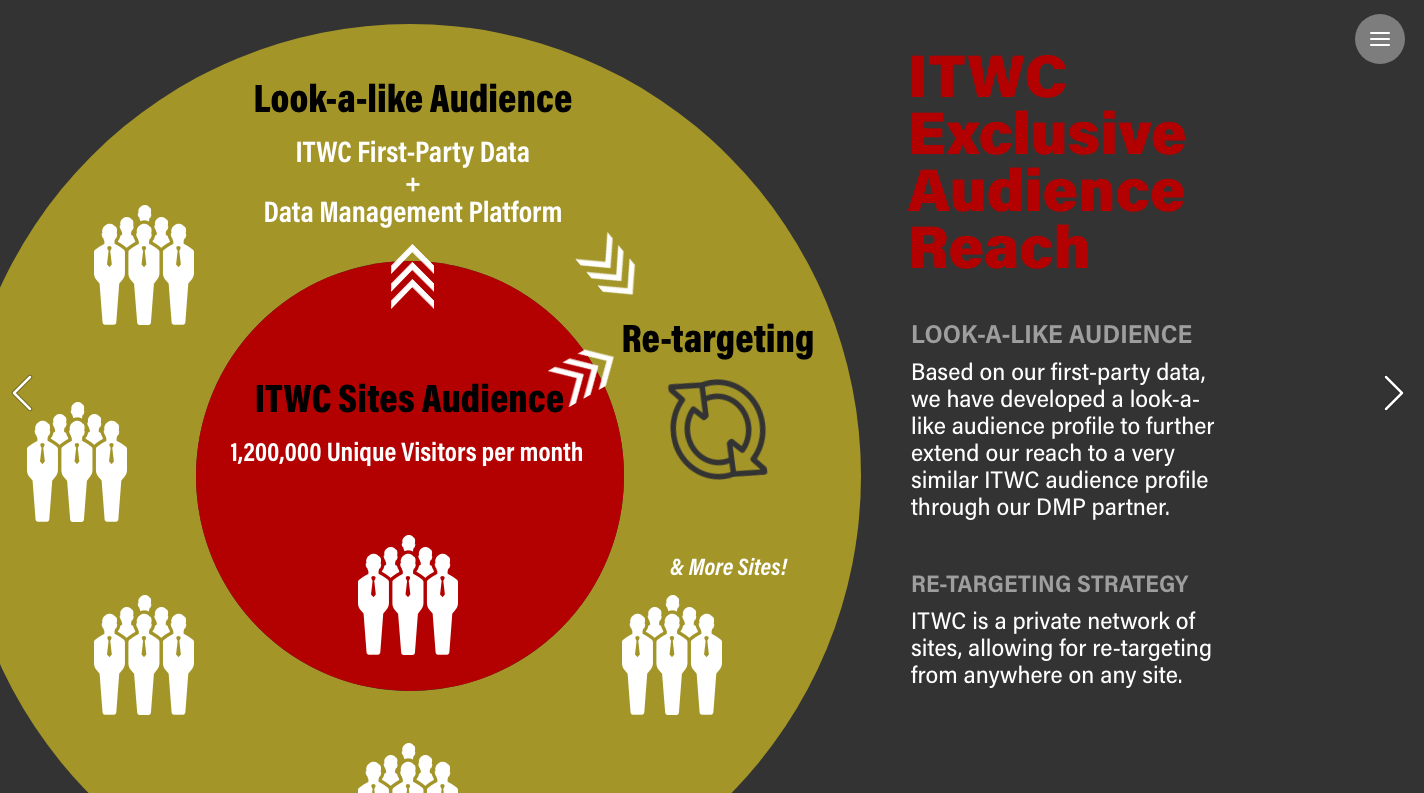 In ITWC’s webinar, Making the Canadian Connection, Ray Christophersen, EVP, Business Development at ITWC, noted that it can be difficult to identify IT decision makers in a foreign country. And Canada is different from the U.S. and other countries. Those who understand this prosper.

In 2017, Forbes ranked Canada as the best country in the G20 to for establishing business operations. And because of the size of the country, it’s vital to have a channel ecosystem. In Canada, that ecosystem drives over $10 billion in revenue.

As the number one technology publisher in Canada, with an opt-in technology audience of 197,000, Christophersen said that ITWC is the premier trusted source for content creation and technology news. Its award-winning journalists have helped ITWC become the most-awarded B2B publisher over the history of the Canadian Online Publishing Awards.

In addition to its publications, ITWC works with over 300 leading brands on their marketing initiatives, including research, video production, podcasting, interactive media, editorial, content as a service, marketing services, and events. It works both directly with companies and in support of their agencies.

There are close to 31 million Canadians online at any given time, according to ComScore, and 25 million plus can be engaged with a video. Many watch up to 400 videos – not movie length, but small content. Thus a short video can be a great way to engage someone with a brief overview of a solution, rather than asking them to wade through a white paper to see if the product or service meets their needs. ITWC has produced everything from a TV series to its popular editorial videos, All Hands on Tech.

Podcasts are also gaining popularity, but they have to be well-produced. ITWC has had a producer from the CBC working on that effort. ITWC’s Hashtag Trending and Cybersecurity Today podcasts are two that have taken off.

With interactive media, it’s important to have a good experience regardless of the platform, and to include world-class editorial to keep people coming back. In addition to its branded offerings, ITWC also assists other companies with their content.

On the research side, ITWC both conducts its own, and partners with other research companies; Christophersen says that ITWC’s secret sauce is its ability to engage with its 197,000 subscribed visitors, as well as millions of online unique visitors, to allow it to take the pulse of the IT industry. Peer to peer contact is the greatest influence on buying.

“Community is the core of our business,” Christophersen noted. ITWC runs a series of events to engage people outside of the cyber world. And with its broad reach – it has more than 247,000 contacts in its database, and its sites receive more than 3 million English monthly page views, and more than 80,000 French views – it can target a diverse audience. 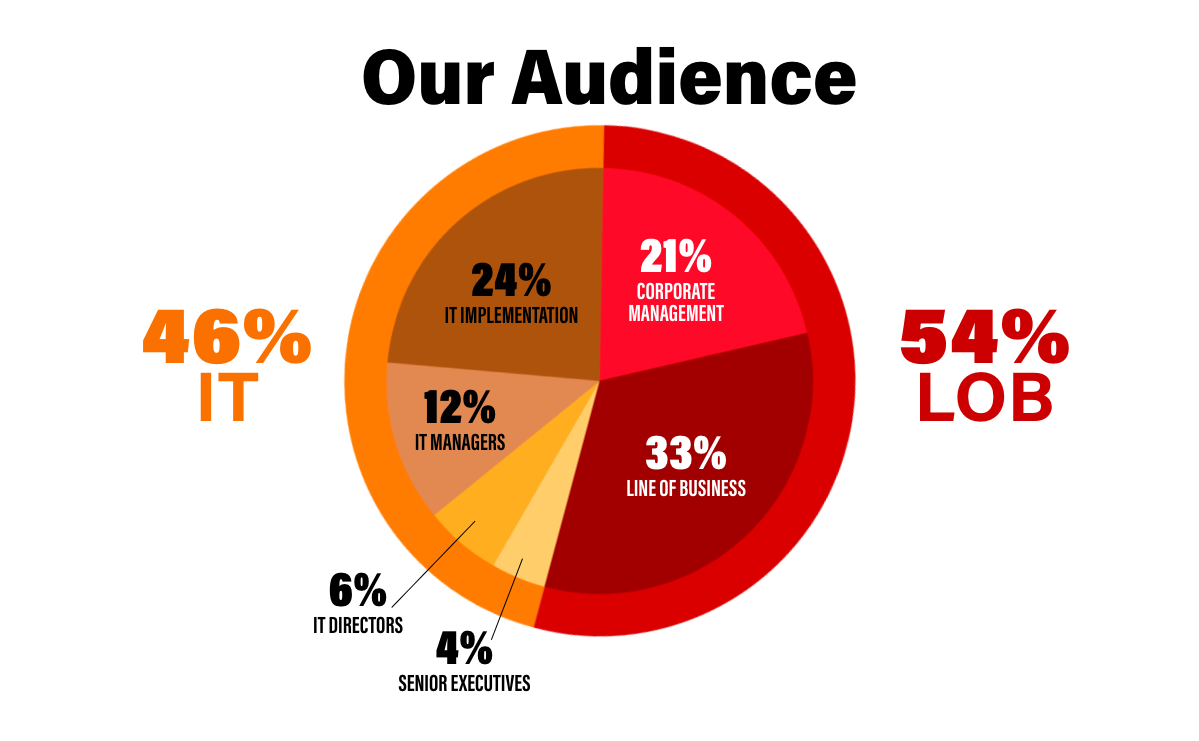 Now that the line of business user represents more than half of the audience, and also has moved from a passive observer to a purchase driver, it’s important to have content that appeals to those business users as well as techies. And although close to half of the database is from enterprises, who are large purchasers, the remainder is a good mix of SMBs. Regional representation is also broad, a critical factor since each region has its own identity.

Additionally, ITWC has found that Canadian content has higher reach than recycled US content, especially since it doesn’t open its 1.2 million unique monthly reach to ad networks. And its engaged audience acts; 93 percent have taken some kind of action, varying from reading an article or blog, watching a video, or downloading a white paper or infographic to participating in a webinar. ITWC’s sophisticated analytics measure engagement, where the audience is coming from, and other critical factors.

Christophersen said that a key vendor marketer challenge is the lack of time & resources to create content: 47 percent struggle with creating quality content, and 55 percent have trouble producing enough content. Canadian content resonates more than recycled US content; people want to know what their peers are doing.

It’s all about community

ITWC’s approach is to be a one-stop shop, customizing content and mix for the client, and creating a unified message across content areas, amplifying the message through its channels, then measuring and adjusting the approach to optimize the campaign. Canadians are big on relationships and mutual exchange of value. Content is value.

“We’re not eyeballs or clicks,” Love said. “We’re a community.” And part of that community is the channel, which is very much about relationships. It’s a tight-knit community in itself.

To succeed, however, companies have to recognize that prospective customers have their own unique challenges and needs in Canada, and must create content that addresses those needs.

Lynn Greiner
Lynn Greiner has been interpreting tech for businesses for over 20 years and has worked in the industry as well as writing about it, giving her a unique perspective into the issues companies face. She has both IT credentials and a business degree.
Previous articleTech companies lead the pack in LinkedIn’s top Canadian startups of 2018
Next articleCanadian telematics firm Geotab doubles down on data services as it finds U.S. growth