RBC is banking on Morteza Mahjour 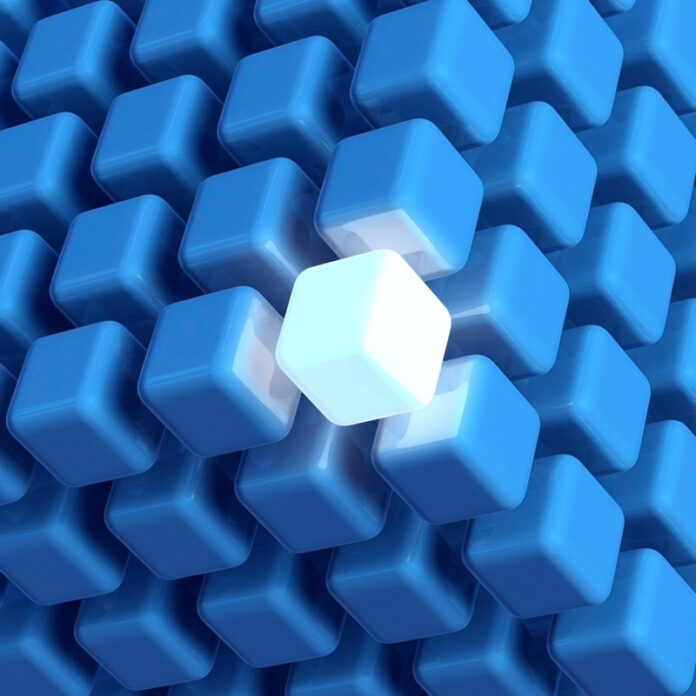 In 1985, just as the film Back to the Future was opening in movie theatres, Morteza Mahjour was busy contemplating his own.

Having recently graduated from McGill University in Montreal with a degree in electrical engineering, he joined RBC Financial Group as a telecommunications analyst. Although he might not have precisely predicted his career path over the next 23-odd years, he knew the job was the first of many stepping stones.

“It was the most exciting opportunity one could have imagined. It was just phenomenal,” he says, speaking with an enthusiasm that is free of irony or corporate salesmanship. “I used to come to work realizing how big this organization is, the opportunities it provides, and right off the bat, I have to say, I did have the ambition that I wanted to become an executive.”

By last April, he had succeeded. As RBC’s chief information and operations officer, Mahjour now sits in the proverbial corner office with a view, high atop the company’s headquarters on Front Street in Toronto. He has a staff of approximately 6,500 employees, at least 10 IT transformation projects on the go at any given time, and the business demands of Canada’s largest financial institution. If he’s stressed, he doesn’t look it.

“We’ve got to be there when the businesses are looking at their current state, and where they want to go,” he says. “We’ve got to show them the art of the possible. We have to understand what it is that they’re doing so we can bring technology into that context. We have to be there when they’re narrowing down their choices and we have to give them practical options.” He admits it’s a demanding job, but insists the complexity is exciting.

In some ways, Mahjour’s rise at RBC runs counter to the prevailing wisdom among enterprises choosing their next CIO. He’s not an American, parachuted in to bring disruptive change to established ranks. He doesn’t come from a purely business background but has instead climbed up in technology-oriented roles. He’s also the rare example of an internal candidate who wins out over a corporate recruiter’s shortlist.

“External candidates were certainly considered,” he says, “but we took some time to assess our needs before jumping to a decision. It allowed everyone to reflect on a way forward instead of looking back.”

RBC’s IT was formerly run out of an organization called Global Technology and Operations. As part of an organizational review that took place more than a year ago, however, Mahjour now works under CFO and chief administrative officer Janice Fukakusa, and belongs to a group operating committee she chairs that also counts senior leaders from RBC’s Canadian Banking, Wealth Management, Capital Marketing, International Banking and Insurance businesses. Mahjour, in turn, runs his own technology and operations council. What this means, in effect, is that unlike his predecessor Martin Lippert, Mahjour doesn’t report directly into CEO Gord Nixon and his focus is more on centralized IT operations, while other parts of IT have been moved directly into the business area.

“There were components of our shared services that were really 80/20 in terms of servicing one business platform,” he says. “I don’t subscribe to the belief that there’s any one model for operating your business that will work for everyone, but you have to keep evolving it.”

Mahjour has brought the same approach to operating IT. One of his first steps after taking on his new role, he says, was to create forums that brought together technology staff and business leaders to discuss new ways of doing things. That may sound standard, but the difference lies in how those conversations are bearing fruit. A recent example was a review of how long RBC took to write off assets such as desktop PCs. Traditionally, it was a four-year period. In discussion with business leaders, Mahjour and his team moved it to five. The end result? RBC expects to save $15 million over five years. Not a bad opening act for a new CIO.

“We asked ourselves, why don’t we challenge ourselves against these write-off periods? Why don’t we bring transparency and give them optionality? Maybe they would be okay with that,” he says. “If there’s a risk associated with that, we’ll clearly articulate that to the business. Well, the business loved it.”

Apart from a one-year stint early on at Canada Systems Group, Mahjour has never left RBC. In 1995 he started the systems and technology group for Action Direct, RBC’s direct brokerage business, and until recently he was executive vice-president and head of applications. He says the variety has been a key element of the bank’s successful retention rate.

“Those five large business platforms (retail, capital markets, insurance, wealth management and international banking) include 22 individual lines of business. When you step back and look at the diversity and opportunity that provides one individual, it doesn’t feel like you’re working in the same place for 23 years,” he says. “This organization has always been great to me as an individual, recognizing what I’ve done, creating the opportunities.”

Out of all those opportunities, he says being CIO of RBC’s wealth management business probably gave him the most critical experience for his current role. “It just allowed me to sharpen my instincts into how you balance technology with business decisions, how do you balance time to market versus risk,” he says. “It’s not like retail, where you have 10 million customers.”

On the other hand, he said, retail banking can teach a CIO a lot about scale. In RBC’s case, we’re talking about not only the customers but 1,400 branches and 4,000 ATMs.

“If you’re making a change technically and you have to roll that out – sometimes it’s not a rollout overnight, we could be doing a rollout with client implications and it may be phased out over six months,” he says. “Being able to develop at that scale in terms of quality, reliability, and to be able to deploy remotely – you have to be fairly interactive, you’re working online, and the room for error is zero.”

While CIOs tend to be cautious in adopting new technologies, Mahjour seems eager to use RBC’s considerable resources – including a group called Applied Innovation which focuses exclusively on prototyping and “sandboxing” new ideas – to explore some of the most talked-out technologies on the market.

“We’ve been at virtualization for two years,” he says, estimating that approximately 3,000 of RBC’s more than 8,000 servers have gone through the process. “It not only makes economic sense because of efficiency, it’s assisting our green IT mandate.”

Cloud computing? He’s not afraid of it.

“I think the technology is there, it’s been out there for a number of years, it’s evolving,” he says. “What can we do in creating virtual environments . . . I think it could help us with development, to make it easier and not always setting up a physical environment for development.” He looks to Amazon.com as a model. “They use huge amounts of computing to serve customers. They use cloud computing to manage peaks and valleys. I think you can see an application of cloud computing in our production environment, because we do a lot of work on capacity planning at Christmas and RSP season.”

Web 2.0 and social networking, meanwhile, could become an important vehicle for client engagement, as could mobile devices.

“How does a customer start transacting with you on one device – maybe a branch, or maybe a PC online – and pick up that transaction maybe two hours later on another device?” he wonders aloud. “It all comes down to preference.”
Don’t forget the ‘O’

Mahjour is very conscious of the fact that he has “operations” in his title. It’s a reminder, he says, of his mission to drive synergies across technology into various parts of the business and build on the bank’s shared services.

“If I look at my operational side – we run our HR operations, which includes all the payroll and so on. We do business continuity management for the organization. Fraud operations. A lot of these are process/client interactions, but all of them, it would be fair to say, have underpinning technologies to provide automation and reconciliation.”

This mindset extends into the way Mahjour says he tries to manage his staff, and how he’ll hire them in the future. Although there are always large projects and programs going on at RBC, he most often gets involved in the early stages, to ensure they jive with the bank’s core values and that the right resources are in place. His goal is to spend the little time he has to walk the floors, and attend as many communications meetings with staff as possible.

“In a job like this you could get isolated if you don’t remember who your constituents are,” he said. “There are parts of my organization that traditionally may not have had a lot of interaction with other parts of the business. We’re creating those opportunities to be face-to-face . . . in that team you want strength with regards to business acumen, diversity of mind and diversity of background.”

Although RBC has not suffered the kind of wreckage from the global recession that affected banks in the United States, Mahjour says he recognizes the world has changed, and that the additional pressures that come even in the midst of a recovery will challenge his team. How should CIOs handle that kind
of pressure?

“Reflecting on the accomplishments,” he says, without hesitation. “It’s always so great to stop and look back at what collectively – and in support of businesses and in collaboration with them – we’ve accomplished. I think you need to remind people.”

Shane Schickhttp://shaneschick.com
Your guide to the ongoing story of how technology is changing the world
Previous article
Next articleBlackberry or the iPhone for enterprises?