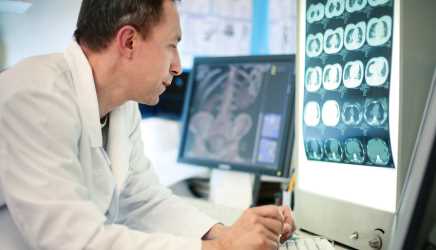 Canada has been on a long and expensive journey to create integrated electronic health records that the medical community can use for sharing patient lab, imaging and drug information. A new survey is being touted as evidence that the effort is worth it.

The survey of data between 2006 and 2015, published today in BioMed Central Medical Informatics and Decision Making, estimates about 250,000 health professionals—approximately half of Canada’s anticipated potential physician, nurse, pharmacist, and administrative users— electronically accessed data, such as those found in provincial/territorial lab or drug information systems, in 2015.

“The evidence confirms that use of the interoperable Electronic Health Record systems built by the provinces, territories, and their many partners over the past 15 years is delivering patient care benefits and improvements for providers as intended,” Michael Green, CEO of Canada Health Infoway, a not-for-profit organization funded by the federal government which is helping set medical information exchange standards.

Differences between the single payer healthcare system in Canada and the multiple payers in the U.S. have been cited as...

Will salvation of Canada's healthcare system come through increased use of electronic health records (EHRs) and other ehealth technology?Canada Health...

“The use of the iEHR by Canadian clinicians is beyond the tipping point, and following closely behind are patients and caregivers, who also expect to have the ability to make use of digital health tools and capabilities, as they should,” added Green.

A second survey of respondents asked over five years about the value of the iERHs they use found clinicians tended to report positive outcomes, including quality of care and productivity. “This study is an important first step in understanding user perspectives on iEHRs and health information exchange more broadly,” the report concluded.

Backers of eletronic health information says the potential benefits of the iEHRs include improved quality of care, system efficiencies, improved access to care and use of health data to better manage the health system and facilitate ground-breaking research.

Managing in 3-D: Why bimodal is not enough

Canada has taken down over 1,500 coronavirus-related scam sites