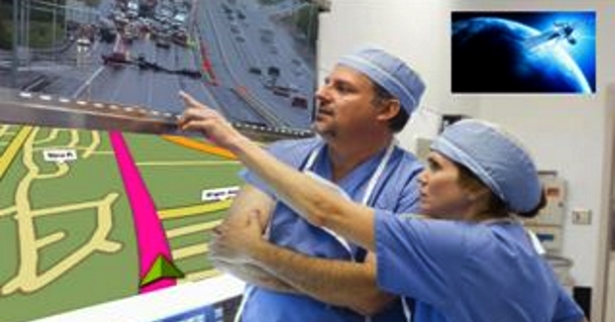 Differences between the single payer healthcare system in Canada and the multiple payers in the U.S. have been cited as the cause of the gap between patient outcomes in the two countries, but it also could account for differences in physicians opinions of electronic health records.

A study by Deloitte in the U.S. released this week found the majority of doctors surveyed hold relatively negative perspectives on some aspects of EHRs, about the same since the same survey was done two years ago. Three out of four American physicians believe that EHRs increase practice costs, outweighing any efficiency savings, and seven out of 10 physicians think that EHRs reduce their productivity. Moreover, physicians are less likely to think that EHR capabilities support clinical outcomes than they did in the 2014 survey.

There isn’t a directly comparable survey in Canada. However, in January Canada Health Infoway approvingly cited a 2015 international study done by the Commonwealth Fund of primary care doctors findings in 10 countries, including 2,284 Canadian physicians. Infoway is an agency that helps provincial health departments spread digital technologies including electronic health records (defined as a person’s entire encounters with the health system including lab reports) and electronic medical records (EHRs held in a doctor’s office). Sometimes EHR and EMR are used interchangeably.

The Commonwealth Fund report notes that EMR use among Canadian primary care physicians tripled in the past nine years (73 per cent versus 23 per cent).

Most provinces saw growth in EMR use since the previous survey in 2012, says the report. Alberta, British Columbia and Ontario continue to have the highest adoption rates in Canada. Quebec, Manitoba and Saskatchewan experienced the highest increases in EMR uptake by primary care physicians since 2012.

Physicians with EMRs reported the ability to better manage their patients’ care compared to physicians operating without an EMR:

However, they were less likely than colleagues in other countries to receive alerts and reminders for potential problems with medication doses or interactions (55 per cent versus 76 per cent internationally), track all laboratory tests ordered until results reach clinicians (34 per cent versus 51 per cent) and send reminders to patients for regular preventive or follow-up care (22 per cent versus 48 per cent).

In the U.S. Deloitte survey most (78 per cent) physicians also saw electronic health records (EHRs) are most useful for analytics and reporting capabilities compared to other attributes (such as supporting value-based care or improvements to clinical outcomes); this has also increased since the 2014 survey.

The survey also found that 62 per cent of physicians surveyed wanted their EHRs to be more interoperable, while 57 per cent wanted improved workflow and increased productivity.

Canada Health Infoway is a joint venture with most of the provinces and territories in Canada to encourage EMR use in community-based physicians’ offices. Many EMR systems are also connected to electronic health record (EHR) systems outside doctors’ practices. It also provides certification services for vendors so EHR/EMR systems are interoperable.

Howard Solomon
Currently a freelance writer, I'm the former editor of ITWorldCanada.com and Computing Canada. An IT journalist since 1997, I've written for several of ITWC's sister publications including ITBusiness.ca and Computer Dealer News. Before that I was a staff reporter at the Calgary Herald and the Brampton (Ont.) Daily Times. I can be reached at hsolomon [@] soloreporter.com
Previous articleIBM Canada points finger at Conservatives over Phoenix payroll training: CBC
Next articleGoogle Cloud expands to more cities, but not in Canada