IBM Corp. announced today that its inventors were granted 8,088 patents in 2016, breaking the U.S. patent record and becoming the first company to exceed 8,000 patents in a single year.

The company’s 2016 patents, which amounted to more than 22 patents per day, ranged from inventions in artificial intelligence and cognitive computing, to cognitive health, cloud, and cybersecurity, amongst others.

Ginni Rometty, IBM’s chairman, president and CEO, expressed her pride in the progress the company’s 8,500 inventors, located in 47 states and 47 countries, are driving in business, discovery, science and technology.

“Leading the world in innovation for 24 years in a row is a result of IBM’s unmatched commitment to innovation and R&D–reflected in this year’s new U.S. patent record, breaking the 8,000 barrier for the first time,” she says in a Jan. 9 press release.

In the area of cognitive computing and AI, IBM inventors patented more than 1,100 inventions, the company says. One of the most notable is a machine learning platform that generates candidate answers to a question and then determines how good each answer is based on a ground truth about the question – “a baseline that the model knows to be true and can build on.” Ideal for industries such as financial services and retail, this process identifies the best answers for a question and remembers them through its machine learning abilities.

IBM also developed a smart navigation system that takes into account a driver’s cognitive state. While current systems are programmed to change routes based on road conditions, IBM’s trip planner looks at a driver’s state-of-mind and the driving risks that come with that – for example, if someone had a long day or is feeling overwhelmed, the “system will help navigate a less stressful route home.”

IBM inventors also garnered patents for their work in advancing cognitive healthcare. For example, company researchers developed a method to aid doctors in diagnosing human heart disease symptoms “by using cardiac images to characterize the shape and motion of the heart.”

IBM inventors also created a hearing aid device that can be trained to distinguish and filter voices and sounds, such as smoke alarms, and to listen intelligently to one’s environment to improve the user’s experience.

Additionally, IBM received a patent for a cognitive system implemented in drones that can survey, test and measure contamination in areas such as hospitals and agricultural fields. The drones are able to enter a contaminated area, collect specimens, then confirm, map and sterilize the contamination to provide humans with new insights into bacterial infections or polluted areas.

IBM clears up the cloud 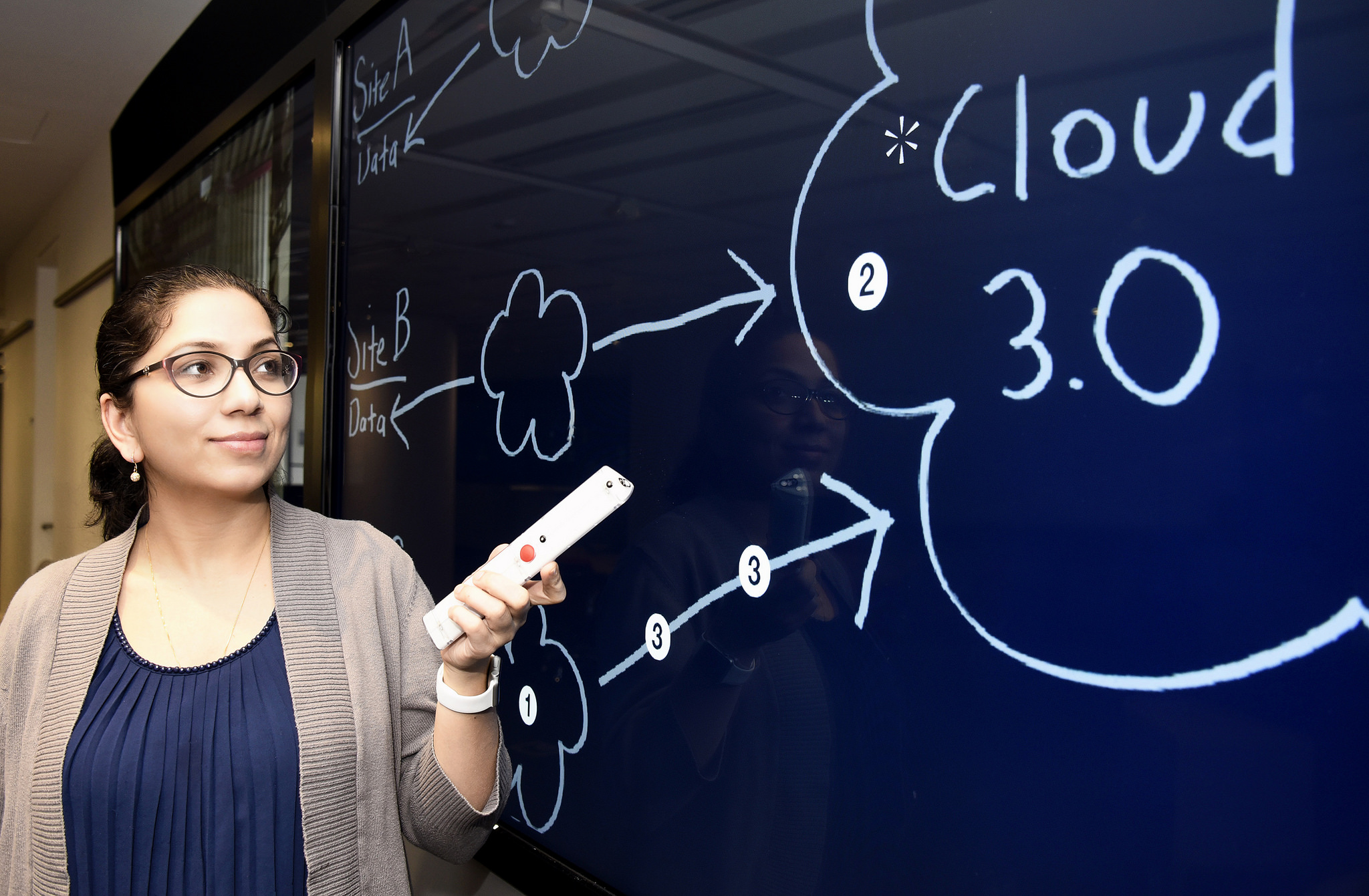 The company also patented more than 1,600 inventions to further cloud computing, including one for a system that proactively identifies potential areas of issue in a cloud computing environment.

“The cloud learns parameters associated with a workload and provides an autonomic solution based on cloud resource usage for deployment or migration of applications,” the company says, adding that by identifying a potential problem before it becomes an actual problem, the cloud computing environment can keep running smoothly.

IBM also developed software that actively monitors how much a company is using of a public cloud in a hybrid cloud environment. It provides usage reports and information on which users are consuming resources, who is proving those resources, and how much it costs, which allows businesses to monitor and measure employee and application usage and reduce costs.

Getting tough on security

IBM received patents for inventions enabling new cybersecurity as well. Company inventors developed an approach that allows IT professionals to pre-emptively detect and isolate cloud application network intrusions. Developers can specify “fine-grained security policies for their applications” and when a breach is detected, networking between applications (or their subcomponents) can be locked down to minimize the impact of an attack, the company says.

Researchers at IBM also invented a system that can manage incoming communications, such as e-mails and text messages, to prevent phishing attacks and the spread of malicious content. Developed to counteract the rise of tech-savvy hackers, the system determines a level of trustworthiness and assigns it to users.

Towering over the competition 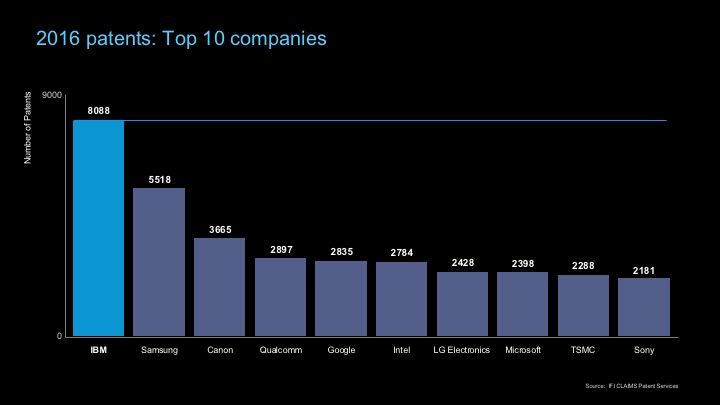 Mandy Kovacshttp://www.itwc.ca
Mandy is a lineup editor at CTV News. A former staffer at IT World Canada, she's now contributing as a part-time podcast host on Hashtag Trending. She is a Carleton University journalism graduate with extensive experience in the B2B market. When not writing about tech, you can find her active on Twitter following political news and sports, and preparing for her future as a cat lady.
Previous articleNew RSA president hired from Dell EMC’s internal roster
Next articleRegulatory, privacy concerns threaten Canadian business tech in 2017