The federal government is looking for Internet service providers that will provide high-speed Internet service to rural areas in the country and it is willing to fund up to 75 per cent of the cost of project.

Under its Connecting Canadians program, the government intends to bring high-speed Internet service to 280,000 homes in rural and northern regions of the country. Connecting Canadians is part of Digital Canada 150, the Harper government’s vision to extend digital technologies and opportunities to Canadians by 2017, Canada’s 150th birthday.

Industry Canada said eligible ISPs can apply for funding to extend or enhance services to areas across the country in need of high-speed Internet. Connecting Canadians will provide incentives to providers to build and extend digital infrastructure in rural areas. 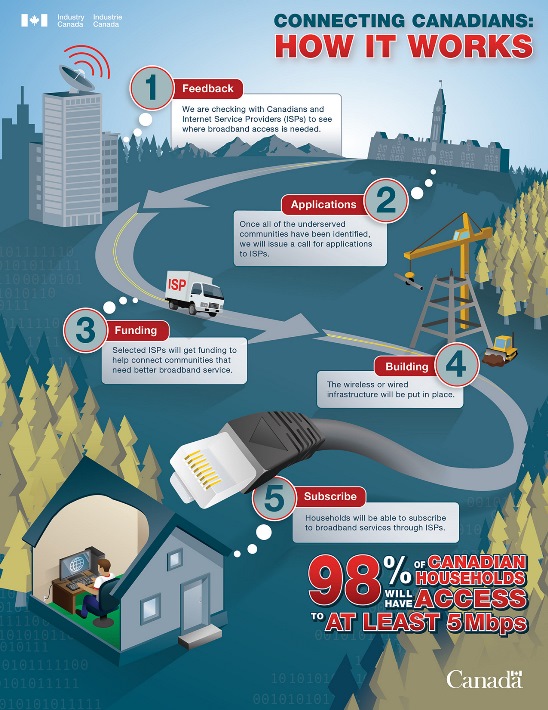 “This call for application marks the next important phase in our plan to bring the nenefits of high-speed Internet to more than a quarter-million Canadian households, some for the first time,” said Industry Minister James Moore in a statement. “Providing Canadians with access to high-speed Internet for learning, business opportunities and so much more is key to a more connected, digital Canada.”

Closing date for applications is January 12, 2015. Successful applicants will be expected to provide services at speeds of at least five megabits per second (Mbps) to Canadians in rural areas of the country. Currently many users, such as those in satellite-dependent communities served under the northern component of the program, make do with three to five Mbps. 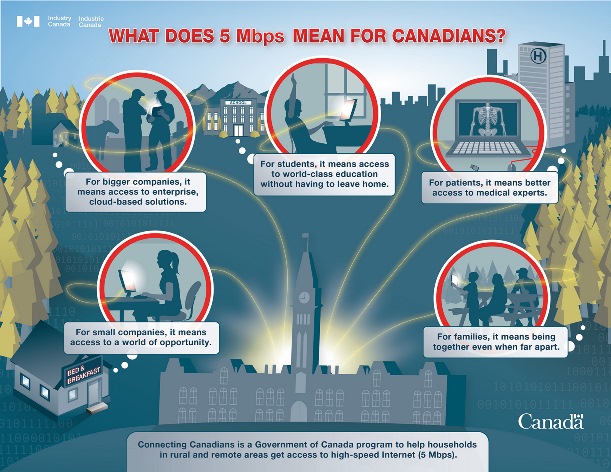 Interested ISPs should review the application tool kit found on the Connecting Canadians website for help with their application. ISPs are asked to propose projects in areas where they can provide services to households that currently do not have Internet access or have slow access.

The first projects will be decided and announced in the spring of 2015. The government aims to have at least 98 per cent of Canadian households to have access to five Mbps Internet service by the end of the Connecting Canadians project.