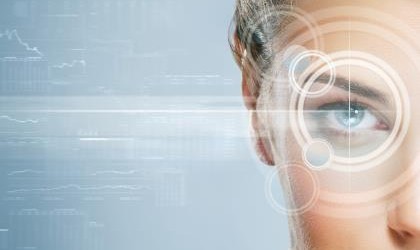 Over the years, I have noticed a strange phenomenon that happens when you get several technical people in a room and introduce a new idea. Please note that none of this is scientifically proven, but it happens so consistently that I’m beginning to think someone should fund a study. (Remember that I asked first!)

I don’t consider myself a brilliant technical person, but rather a technology anthropologist – I’m fascinated by the interaction between humans and the changes (both positive and negative) that technology brings to our lives.

When a new thought or idea is presented, there’s a small group of wildly excited individuals (between 10 and 15%) that are wildly enthusiastic and have already tweeted the salient points, and re-tweeted others keeners tweets before the speaker moves onto the next item. If they are not tweeting, they are making notes and have already thought of several ways to incorporate these new ideas into their professional lives. These are the hard core disciples. These are the ones standing on their chairs pumping their arms in Arsinio Hall-esque fashion. These are the ones that make the speaker’s day.

(One caveat: If the new idea is coming from a company whose name is a fruit, then this percentage of arm-pumpers goes up exponentially.)

On the other end of the spectrum are the lifers. This 10 – 15% of the audience has been around IT for a very long time, and is quite comfortable in their way of doing things. There is NO reason to change. Ever.

It’s the group in the middle that is fun to watch.

It is the reaction of the middle group that predicates if an idea has merit. Is the idea being presented just another rebranding of a previous idea, or is it game changing? It is important to watch the “middlers”.

My theory of response to new ideas consistently proves itself out in small gatherings, medium gatherings, and most recently at Gartner’s Symposium/ITxpo where over 10,000 IT leaders gathered to hear new ideas.

This is my summary of the key ideas presented at the Symposium and what I heard from the “middlers”.

The conference opened on Sunday with Clay Shirky as the keynote speaker. Clay is well known for his book and writings on the integration of transactional and social interactions in our society.

He discussed the “cognitive surplus” available that has accomplished some major things (like Wikipedia) when people are not wasting their time watching television. In the U.S. in one month, there is enough brainpower wasted by watching television to produce several hundred Wikipedias.

He highlighted several examples of organizations that misjudged the power of the social community (HSBC) as well as those that are leveraging the social aspects of the Internet to support their core business (Patientslikeme.com) where epidemiological data and large sample sizes of user volunteered information are collected in exchange for community.

He talked about the need to change.

It was early in the conference, and the “middlers” weren’t buying it.

Perhaps their minds were waiting for the “real” conference to begin so they could learn about cloud computing, big data, and how to get a much bigger IT budget for all the new infrastructure they needed to buy. Or perhaps some of them were just burned out from getting up at 3am to catch their flight to Orlando.

Imagine their surprise the next morning when Peter Sondergaard, Gartner’s Senior VP for Global Research said essentially the same thing, with more props and special effects.

In the largest conference room I’ve ever been in, there were over ten thousand IT leaders and around (I am not making this up) eight thousand iPads (although one or two of them might have been a Samsung, but you know it’s difficult to tell them apart…)

The three points of the keynote underlined and unpacked by Peter and all the other speakers were these. Today’s CIOs need to:

– Pursue simplicity. This is about making technology invisible by putting users at the centre of design.  It’s about focusing on the UX of interacting with your organization. It’s about hiding the complexity of your organization in the network layer, embracing endpoint agnosticism and creating a secure environment without impediment. (On a personal note, given that my blog is named “Turning Technology Invisible” I almost had to do a few Arsinio arm pumps!)

Oh, and the final point? The CIO should be out in front leading the transformation. “Re-Imagine IT!” the banners screamed. “Stop taking directives and start giving recommendations!” recommended Tina Nunno – Gartner’s VP Distinguished Analyst.

So the stage was set.

Here were the conference themes brought out in the sessions and subsequent keynotes by such leaders and visionaries as Paul Maritz – CEO of VMWare, Clayton M. Christensen of Harvard Business School and Rob Carter, CIO of FedEx. While they talked about their technologies, there was certainly an emphasis on the outcomes that (coincidently) looked a lot like the postmodern, customer centric, creatively destroyed business described in Mr. Sondergaard’s presentation.

This created a conundrum for the “middlers”.

While there were all the trappings of a large show including over 200 large and small booths with attractive young people, bags of swag, bright shiny objects a-plenty, as well as terrified engineers secretly hoping that no one would approach their booth and want to actually talk.

And while there were vendor talks about the cloud, offshoring, near-shoring, big data, BI tools, security, and all the other topics you’d expect, this theme of having to practice creative destruction and re-imagine your core business, your supporting processes and likely your whole IT infrastructure was never far from the surface.

There were talks about organizations having their own app store, and the rise of the cloud brokerages to assist organizations transition to cloud based services.

This is where anthropology gets interesting.

The “middlers” start forming opinions and start moving in one direction or the other.

If you believed Gartner, then you have a lot of work ahead of you as well as a lot of expense.

If you don’t believe Gartner, then Gartner says your organization will soon be obsolete.

If you Google “Gartner Symposium” you’ll see the journalists and bloggers are developing some rather strong opinions (mainly in opposition) about the need for creative disruption. But at the same time, it’s not quite as easy this time to discount them.

[Note: Although a reference from a competitive publication is not likely to be included, my favourite example is from Dan Howlett entitled “What if Gartner is Right?”]

The discussion amongst the “middlers” was fascinating to listen to. Such radical concepts were not only going to disrupt their life, they were supposed to be out in front leading the change. I couldn’t help but think that many of them were going home and reviewing their 401K’s or RRSPs, and make room for a younger generation of IT leader to take over.

Others (and I think the majority) were energized and agreed to the direction, but were likely confused as to how to get there. (Note to Gartner and others… HUGE consulting opportunity here… but then, wasn’t that the purpose of the whole Symposium? But I digress.)

There were a number of “middlers” whom I chatted with that had already incorporated some of the trends into their strategy, they now had a bigger picture to give their strategy context.

For me, the Symposium was a success and well worth attending. I made some great connections, heard some great speakers, had some brilliant conversations, and had my mind stretched to accommodate some new ideas.

The world of the CIO is changing dramatically. Gartner Inc. has decided that this is a pivot point in how we deliver technology.

If you are a “middler” (and there’s nothing wrong with being one), which direction will you move in? Or do you think Gartner is blowing smoke?

Before you answer, just remember that five years ago they were predicting the “consumerization” of technology and people were dismissing Gartner then.

Career advice: How to get your ideas listened to
About Kevin Pashuk

Kevin Pashuk blogs regularly about his life as a Chief Information Officer in the educational sector. His writings cover educational technology, IT leadership, and whatever else might be on his mind. Some people even agree with him.

Innovate or go under: The value of data as integral to business survival

Data scientists’ actions are out of focus