Swedish-based digital audio company Dirac announced it has partnered with BlackBerry QNX to integrate its Dirac Opteo Professional solution into the QNX Acoustics Management Platform to make it simple and affordable for automakers to digitally upgrade the performance of sound systems in high-end vehicles. The companies have already started to work on the first implementation in a high-end electric vehicle for a leading European manufacturer.

Dirac Opteo Professional will be accessible on all QNX supported chipsets through the QNX audio framework. This removes the need for automakers to install audio software in either the head unit SoC (system on chip) or in a separate digital signal processor (DSP) – which can take a long time, while also being a pricey and complicated process.

The acquisition supports Thomson Reuters’ strategy of pursuing both organic and inorganic growth opportunities as it looks to promote cloud-based workflows for professionals through digital solutions and open, smart, and connected platforms.

SurePrep is designed to help accounting firms increase productivity and profitability, using artificial intelligence to automate both the collection of digital documents directly from clients and the processing of those documents. Its products and solutions include 1040SCAN, SPbinder and TaxCaddy.

Salesforce has announced that it will cut about 10 per cent of its workforce, which will impact over 7,000 employees, and close offices in certain markets.

In a letter to employees and a corresponding filing with the U.S. Securities and Exchange Commission (SEC), Salesforce chief executive officer Marc Benioff cited the challenging environment for the decision.

Benioff also noted that Salesforce had hired too many people during the pandemic. Salesforce claimed 79,000 employees last February, a 30 per cent increase from 2020.

Employees impacted in the U.S. will receive a “minimum” of five months worth of pay, as well as health insurance and added benefits. For those outside of the U.S., Benioff said workers can expect similar levels of support.

Shopify has launched Commerce Components by Shopify, a composable stack for enterprise retail designed to meet its the unique needs.

According to the company, Commerce Components by Shopify provides access to Shopify’s components such as checkout, which it says converts 72 per cent better than a typical checkout, and 91 per cent better on mobile. It also includes flexible APIs for building customer experiences that integrate easily with a retailer’s preferred back office services.

Other features include storefront search, which helps customers find products through AI-enabled search, fraud protection, and a tax and payment platform, as well as data and marketing analysis features. 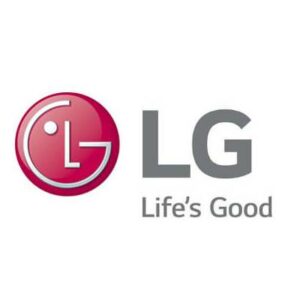 At CES 2023, LG Electronics announced that it is partnering with Canadian automotive parts manufacturer Magna to develop a proof of concept for an automated driving-infotainment solution, aimed at providing new customer experiences and advancing the future of mobility.

This collaboration follows a joint venture LG and Magna announced in July 2021, LG Magna e-Powertrain Co.Ltd, to manufacture e-motors, inverters and on-board chargers, as well as related e-drive systems to support the shift to autonomous vehicles for carmakers.

“We are excited to work with Magna, now in the automated driving sector, to develop a proof of concept that could bring value expanding beyond our cockpit domain,” said Eun Seok-hyun, president of LG VS Company.

From smart poles to EABs: Valeo Group making some noise at CES

CES is an opportunity for successful but lesser known companies, be they large or small, to make a name for themselves, and one organization that has done just that is Valeo Group.

Troubles in the U.S. tech sector continue, as e-commerce giant Amazon announced Wednesday night that “a little more than 18,000” jobs will be cut.

On Jan. 3 at CES, Intel announced its 13th Gen Intel Core mobile processors and introduced 32 new processors with a plethora of features and capabilities for various laptop segments.

Stolen data on 200 million Twitter users now being given away

Twitter account information on 200 million users, including Google CEO Sundar Pichai and Donald Trump Jr., is now available for free on a hacker forum, according to security researchers.

This episode reports on support ending for Windows 8.1, Mac ransomware and a proposed US change for telecoms for reporting data breaches

Samira Balsara
Samira is a writer for IT World Canada. She is currently pursuing a journalism degree at Toronto Metropolitan University (formerly known as Ryerson) and hopes to become a news anchor or write journalistic profiles. You can email her at [email protected]
Previous article
Toronto hospital network says IT problems not caused by cyber attack
Next article
Government of Canada invests over $14 million to grow GTA-based companies