From smart poles to EABs: Valeo Group making some noise at CES 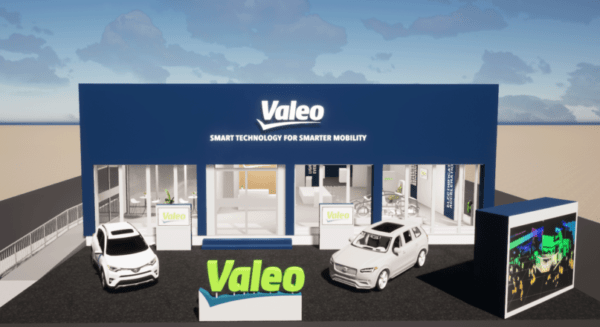 CES is an opportunity for successful but lesser known companies, be they large or small, to make a name for themselves, and one organization that has done just that is Valeo Group.

The French-based organization, which was launched in 1923 in a workshop in Saint-Ouen-sur-Seine, a northern suburb of Paris, has proven at the show that it is far more than just a market leader in sensors for advanced driving assistance systems (ADAS) and related detection algorithms.

Even though the global automotive supplier operates in 33 countries and has partnering agreements with automakers worldwide, it is clear that its interests go far beyond its core competencies.

An example of that occurred at last year’s edition of the conference, when the company announced that had been named a CES 2022 Innovation Awards Honoree for its UV Air Purifier, an air sterilization system for bus and coach cabins.

“Upon activation, the system eliminates, in a single airflow cycle, more than 95 per cent of viruses, including Covid-19, as well as any bacteria or mold present in the air circulating in the cabin,” the company stated at the time. “The Valeo-designed modules are effective throughout the vehicle’s journey with passengers onboard.

“The Valeo UV Air Purifier is designed to be compatible with buses and coaches of all types and sizes, air conditioned or not. They can be fitted to new vehicles as well as those already on the road. To date, more than 2,000 buses are already equipped worldwide with our technology.”

This year has been no different, with the company being awarded four such awards by organizers – all in vehicle tech and advanced mobility – that included an autonomous parking system for repetitive parking maneuvers. The company also demonstrated Pantomime, an offering that uses an algorithm to understand the movements of vulnerable road users such as cyclists.

There has also been an expansion into other sectors, including:

Last, but not least, Valeo is also premiering Smart Pole at CES, a concept it said is made possible by French technology. “Developed with partners Equans, GHM, Eclatec and Lacroix City, Smart Pole makes mobility safer for all users of the city of tomorrow: pedestrians, droids, autonomous shuttles, micro-mobility operators, etc.,” the company said.

“Thanks to its detection sensors, Smart Pole observes the environment in real time and is able to signal whether a pedestrian can safely cross or not. This innovation can bring new services to cities and communities, such as recording the number of cars passing by in order to provide real-time road traffic information, controlling traffic lights to ease traffic flow (green wave), and facilitating parking space management.”

Paul Barker
Paul Barker is the founder of PBC Communications, an independent writing firm that specializes in freelance journalism. His work has appeared in a number of technology magazines and online with the subject matter ranging from cybersecurity issues and the evolving world of edge computing to information management and artificial intelligence advances.
Previous article
CES 2023: Lenovo bulks up its product portfolio substantially, launches 50+ devices, services
Next article
Can companies integrate social purpose and corporate strategy? An interview with Zoho’s Chandrashekar LSP on Hashtag Trending Weekend Edition