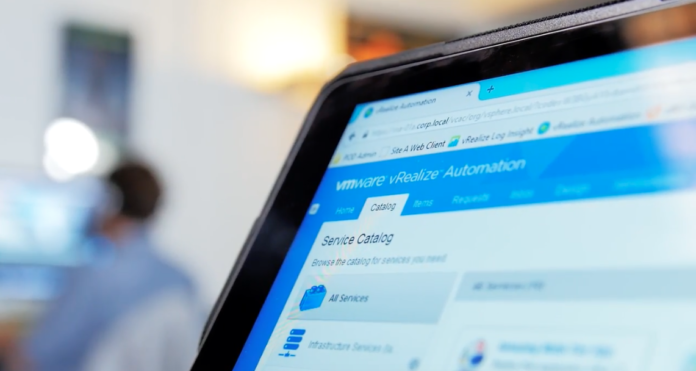 When you ask Warren Perlman about the experience of having his Toronto-based startup, Dayforce, acquired by Ceridian HCM Inc. in 2012, he answers with a different spin on the old “elephant in the room” metaphor.

“Coming into Cerdian was an interesting challenge,” he says. “The challenge had to be consumed as pieces of a giant elephant.”

Now the CIO of the larger, Minneapolis-based software vendor that acquired Dayforce, Perlman has also brought his startup’s cloud-first approach to Ceridian. Ceridian had established itself in the industry as a provider of outsourced human capital management (HCM) services, but being founded in 1992 meant it was doing so with legacy technology, going back all the way to the days of Cobalt and mainframes.

“It was a monstrous mixed bag,” Perlman says. “My focus is on growing the business in the cloud and improving service so we have happy customers.”

Since founding Dayforce with his longtime business partner David Ossip, who is now the CEO at Ceridian, Perlman built his cloud infrastructure on a VMware stack. Faced with a bevy of well-used applications in Ceridian’s product suite that needed an infrastructure update, Perlman decided to take the time to completely rearchitect them for the cloud era.

“We made the decision to update and get current,” Perlman says. “We had the opportunity to improve the operating costs across the board.”

Ceridian’s PowerPay platform serves as one example of how cloud infrastructure has helped the HCM vendor scale up its user base without building a Frankenstein of infrastructure. Previously running on IBM’s AIX OS and WebSphere middleware, Perlman oversaw a migration to a modern Linux architecture with VMWare running a Java Enterprise Edition (J2E) platform. It took eight months, but it was accomplished with no downtime for customers.

It saved Ceridian the licencing costs of running the old platform and also reduced maintenance expenses and the difficulty of finding someone with the specialized knowledge to operate. It’s also reduced the infrastructure Perlman has to operate, even though his customer base is growing.

The VMware software stack that Perlman first used at Dayforce and has brought to Cerdian’s other products includes vCloud Suite, Enterprise Plus, and vRealize Operations. The latter is key to Perlman’s plan of automating his operations and running the IT department like a service.

It’s taking virtual servers to the next level, explains Peter Near, the director of system engineering at VMware.

“We’re no longer guessing how many resources an application needs, we’re actually measuring what it needs and how it’s growing over time,” he says. “It will either alert Ceridian when there are issues related to their private cloud, or you can choose to automatically take action on something that comes up.”

For example, vRealize can automatically allocate more resources to an application when required to ensure the user experience doesn’t falter. Since many CIOs serving customers with software as a service (SaaS) typically over-provision to play it safe, this automation can be a way to cut costs.

Perlman’s case of bringing VMware into an organization through acquisition and standardizing it isn’t unique, Near says.

“We definitely see more success when we have a champion in the company,” he says. “It’s common to start with one department or an acquisition that’s done VMware and then help the business change how they do business a bit.”

Beyond just offering its software products to virtualize the infrastructure needed for a cloud offering, VMware is helping its customers deal with the organizational change that comes along with it. Its own acquisition from February 2015, MomentumSI, offers DevOps and cloud professional services to help cope with the change.

Perhaps that’s why VMware has carved out a “dominant market share” in driving private cloud infrastructure with SaaS providers, according to Near.

It was an easy choice for Perlman to make.

“We did try Hyper V,” he says. “We found very quickly that the extra management with VMware was worth the investment and it had far more capabilities out of the box.”

The implementation wasn’t without its hiccups. Originally, Perlman thought he’d be able to virtualize the HP SuperGnome hyperconverged architecture he was using, but ultimately found there was no good way to do that he was comfortable with in production.

His best advice to other CIOs is to plan for the unexpected. Approach a cloud migration with an agile approach, not a waterfall methodology. And make sure you set a goal end date for your migration so the team is working towards a prize.

As you move towards that goal, just chew bits and pieces off that elephant as you go. Before you know it, the elephant in the room won’t seem so big anymore.