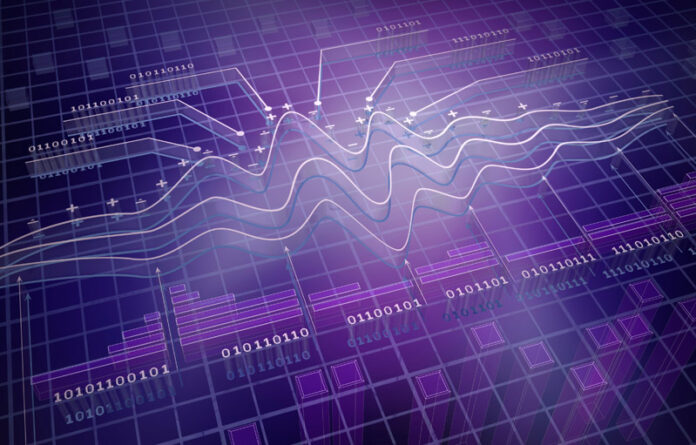 They straddle the worlds of technology and strategy. They often need to fight their way through office politics and organizational hurdles in order to ensure projects are completed successfully. Their role tends to be ill-defined and misunderstood, even though they are becoming ever-more critical contributors to achieving enterprise objectives.

For once, we’re not talking about CIOs.

It was less than two years ago that Cambridge, Mass.-based Forrester Research published an in-depth report called “The New Business Analyst,” which suggested that despite their growing importance, BAs often lacked a standing reporting structure, proper training or a clear career path. There was no question, however, that Forrester believed CIOs and other departmental executives would need more of them.

“They can single-handedly turn business-requested, IT-delivered applications into tomorrow’s dynamic business applications,” the report said. “CIOs have new allies in the business.”

Really? It often doesn’t feel that way. CIOs don’t necessarily directly manage business analysts. Few of the case studies published in this magazine and elsewhere suggest a partnership between CIOs and BAs was thriving behind the scenes. Though in some respects they are in the same position of negotiating between executive expectations and technological realities as chief information officers, the Forrester report noted that getting CIOs to appreciate the value of a BA may require “some education and even some evangelism.”

Michael Gladstone may be the man for both jobs. At the International Institute of Business Analysis based in Toronto, Gladstone serves not only as the organization’s CIO but also as its vice-president of certification. Having worked in BA roles at financial services firms such as Meridian Credit Union and RBC Capital Markets, he spent years volunteering for the IIBA before taking on the dual role he enjoys today. He says it has given him a unique perspective on the relationship between the two camps.

“Both from what I’ve seen as well as the IIBA’s position is that CIOs do not take advantage of their BAs,” he says. “It essentially comes down to that immaturity of the profession. Many organizations view their BAs as essentially everywhere from some kind of admin-type role to glorified documenters, where I sit down with you as my business partner, you tell me what you need and I write it down. People forget half of the role’s title – which means the BA might not be allowed to do actual analysis, but just what was being asked of them.”

The consequences of that attitude can be significant, according to Peter Giblett, a consultant based in Toronto who has written about the CIO-BA relationship in the past.

“What has happened, of course, is that the recession has put a lot of work on the various parts of the IT team and what has happened is that many CIOs have said ‘We need our tech guys but we can do without some of the business analysts,’” he says. “The problem is when you get a business-type problem, if it’s not analyzed correctly, you can start putting in the wrong solution.”

Indeed, Gladstone believes that BAs can help prevent costly or complex problems long before they have a chance to crop up.

“The senior leadership will say they need to do these six projects. Once they get approved and the management of those projects has been assigned, the BA starts doing their work: Is this really what you wanted? Have you thought about these half-a-dozen cases? So many projects get in the muck,” he says. “At a high level the project makes sense, but when you get in the details, some of those things really matter. What I’ve tried to encourage is the idea that BAs are the perfect people to be working with you before those projects even start.”

Giblett agrees. “The primary driver to any form of business change is really around what’s the problem and what do we need to change,” Giblett says. “It’s about bringing back the corporate focus and corporate architecture into how we deal with any problem-solving scenario. That feeds into technical designers as well as BAs and other skllls that we have in the IT world.”

One critical step towards maturity in any profession, of course, is industry accreditation. Late last year, Gladstone’s organization introduced the Certification of Competency in Business Analysis (CCBA) program, which the IIBA is expecting to become the standard certification for business analysts. Designed in compliance with the ISO 17024 standard for certifying the competence of personnel, obtaining the CCBA will involve taking an exam, paying a nominal US$125 fee, demonstrating proficiency in at least two of the six areas outlined in the Business Analysis Body of Knowledge Guide and racking up two and a half years of BA experience in the last seven years. The requirements are significantly higher for the Certified Business Analysis Professional (CBAP) program, which the IIBA has been running for several years and requires some 7,500 hours of BA experience.

“What we’ve seen is that is a very high target for people to meet,” Gladstone says. “There’s a much larger pool of BAs who are able to meet two and a half to three years of experience, because of some combination of their length of time within the field or because they’ve been in it and spent half their time doing something else. We want to offer them a form of recognition for the effort they’ve made and want to enable them to seek professional designation.”

Besides giving them the ability to stand out and show they’ve made a significant investment in their career, Gladstone says the CCBA will also help employers who aren’t always sure what kind of training to provide their BAs. Certification is a great way to encourage professional development, he says.

In the long term, however, there’s some question as to where BAs will end up in enterprises. Will they migrate into a specific line of business based on a project they worked on, or develop skill sets along the way that qualify them for a more hands-on role? Will they simply leave and become consultants to their former employers? Or might they aim even higher – CIO, for example, or even CEO?

“The whole career path has been an issue in the field,” Gladstone admits. “One of the things we’re trying to do is improve our members’ view of business analysis. To us, CIOs and CEO are the end of the road for the BA.”

He’s not the only one who thinks so. David Barrett is among the producers of Business Analyst World, a conference that provides one of the annual opportunities for education and peer networking among business analysts in several cities across Canada and the U.S. Barrett, who is based in Toronto, says CIOs don’t usually come to Business Analyst World as attendees but frequently sit on panel discussions to provide insights into their jobs. There’s no reason BAs couldn’t one day aspire to those jobs, he says.

“They make perfect CIOs,” he says. “It’s more of a technically driven role but not necessarily so. I would say 30 per cent-plus is non-technical. We see BAs coming out of banks and insurance companies that are not working in a technical environment, where they’re doing process re-engineering. The role of the BA is to create the specs to understand the requirement of a project or stakeholder, and model it. What the BA is now being told and taught is that it’s much more than just your project. You need to understand the whole environment.”

Giblett also sees possibilities, if only because of what BAs absorb over time.

“I would say that (BAs becoming CIOs) would probably be highly possible,” he says. “The one thing that a business analyst should know is the business, and they often see the problems more clearly than the tech person because the tech person just moves from one project to another.”

Although it may take time for BAs to advance to those senior leadership positions, Gladstone suggests that no organization can afford to leave analysis up to the BAs alone.

In other words, business analysts may or may not become the next CIOs. But it wouldn’t hurt if we all started thinking a little more like them.

Shane Schickhttp://shaneschick.com
Your guide to the ongoing story of how technology is changing the world
Previous articleRisk management should get personal: Rogers exec
Next articleSimplicity key in telecom projects, panel says