BlackBerry Ltd. has won support for its new Passport smart phone from United States telecom giant AT&T. The deal, however, came with a price.

The Waterloo, Ont.-based phone maker had to literally cut some corners off its strikingly designed smart phone.

At the International Consumer Electronics Show in Las Vegas, BlackBerry announced that a “newly redesigned” Passport will be exclusively available at AT&T retail stores and online store in the next few weeks.

The handset, which now sports rounded edges, “has been uniquely designed for AT&T users” according to BlackBerry. 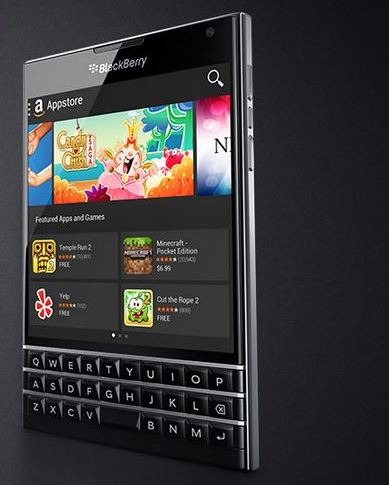 The compromise design may have taken the edge off the unique appearance of the large 4.5-imch square-screened handset. But it has a practical point.

With the rounded off edges there be no sharp edges to get caught in uses’ pockets.

AT&T customers can get hold of the phone for $199 on a two-year contract or $650 without a contract.

The vote of confidence for AT&T bodes well for BlackBerry which is striving hard to drum up public interest in its new handsets. AT&T’s has a strong LTE network covers more than 300 million users.

AT&T was the first wireless carrier to launch a BlackBerry device in the U.S. with the BlackBerry 950 in 1999.