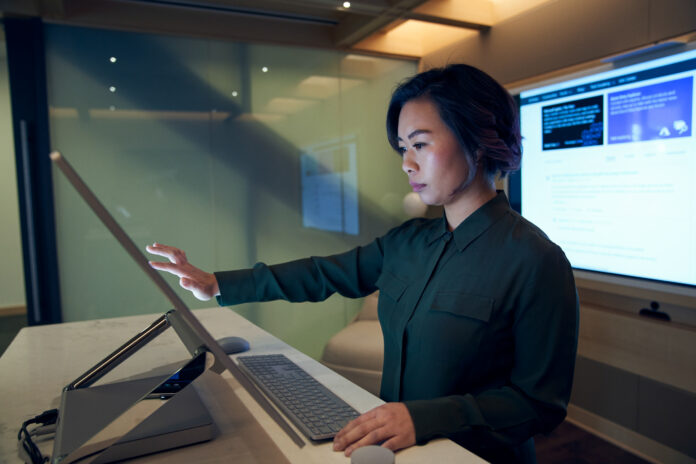 Although the number of women in the Canadian workforce is rising, the tech sector is lagging behind. Canadian women 15 and older may comprise 47.1 per cent of the labor force – 25 per cent more than in 1976 – but you will find a much lower percentage of women employed in technology companies.

Microsoft Security & Compliance Technical Specialist Kirsten Turnbull is proud to be part of a company that champions diversity and gender equality, but said there is a long road ahead.

“Cybersecurity came in 10 or 15 years ago, and I’ve seen it through its inception and adoption. But honestly, there are still few women in tech. This is a cyber threat in and of itself. As hackers get more creative, defenders must also up their game. Companies can do that by adding the unique approaches and perspectives of women.”

Closing the gap
More women are getting into compliance and threat intelligence – positions involving the human aspect of cyber, she said. But overall there is still a considerable gap in tech between men and women. This is where mentorship comes in.

“Many women in tech lack the confidence that they belong. Often they’re the only female in meetings. I was fortunate to have had the guidance and support of a superb mentor; without the help of this individual, I don’t know if I’d be here today in my current role.”

Mentors help women aspiring to a tech career in a multitude of ways, but much of their value is in nurturing a feeling of strength even when there is only one of you. Turnbull’s mentor helped guide her through those moments when she was “the only girl in the room,” and gave her a growing sense that she could meet any challenge in front of her.

“Think of how parents have been telling their kids from time immemorial how tough they had it when they were a kid, that they had to walk to school barefoot, uphill, both ways, in minus-40-degree cold. Mentorship helps us get beyond that. After all, just because one person had a tough time rising through the ranks doesn’t mean it should also be tough for the next group. It’s time to change that kind of thinking. It’s time to make tech a more welcoming place for women in particular. It’s time to tell aspiring and motivated women entering the ranks that just because I had to put up with something doesn’t mean you should. As your mentor, I’m going to show you how to avoid some of the pitfalls and valleys along the way.”

Confidence key
Turnbull sees success for women in tech as a matter of confidence.

“The discouragement of young women, of telling them they can’t do X or Y because it’s ‘not something females are good at,’ is a false limitation,” she said. “Most women are put off a career in cybersecurity – or of rising up through the ranks in cybersecurity – simply because somewhere along the way they picked up this false idea that it’s largely a field for men. Mentors and allies build confidence and strength, which serve to shatter these myths.”

Mentorship and allyship
Turnbull is a proponent of paying it forward where women in the workplace are concerned.

“From my experience, as a woman in an industry still largely dominated by men, you get to a point in your career where you feel compelled to do for other women what was done for you. It’s a close-the-circle kind of action, and I would recommend more people do it.”

But even if you don’t feel called to be a mentor in your career, you can still be an important ally. “Before joining Microsoft,” said Turnbull, “I had never even heard of the term ‘allyship.’ I had worked at large corporations before, but I’d never been exposed to this idea of allies.”

Turnbull issued a challenge to other women in technology.

“A change of culture begins with strong individuals within an organization that has committed to mentorship and allyship from the top down. I challenge other women in tech to break out of their comfort zones. We’re at a critical point right now, and we need to see more women acting as mentors and allies to other women who might want to be more of a force, or enter into something entirely new, but lack the confidence to make it happen.”