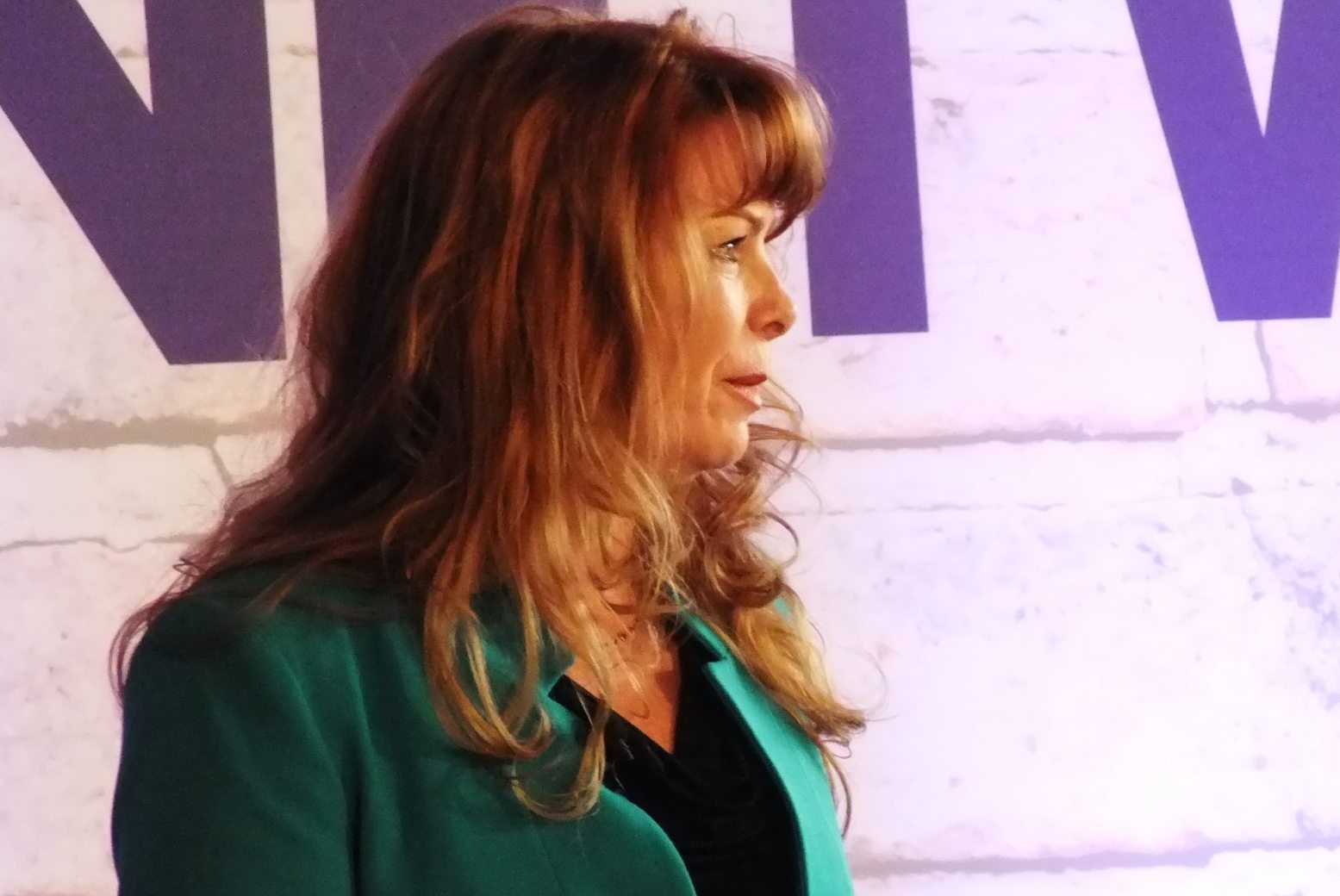 The more than 400 people who showed up at the WIT Network Conference event March 5 in Toronto was a clear sign that fostering an inclusive workforce in tech is a goal worth pursuing. Topping last year’s attendance of around 100, the second annual conference took place at the beautiful Evergreen Brick Works and boasted several informative speakers, panels, and Q&As. Corinne Sharp, executive director and co-founder of The WIT Network introduced the day’s agenda.

If you didn’t have a chance to attend, we’ve put together this slideshow with highlights from the event. (Photos by Alex Coop).


Too big to play small

Kicking things off with her opening keynote was Barbara Hardy, global diversity, inclusion and belonging expert. Hardy returned for the second annual WIT Network Conference event to once again motivate attendees with her message about empowerment. Being confident in yourself isn’t always easy, especially in tech where rejection is a common occurrence, especially for women. Hardy encouraged people in that situation to look at it differently.

“Just think, every time you are rejected, you are just being repositioned. You already have everything that you need,” she said. “When you leap, the net will appear and The WIT Network is that net.” She asked everyone to write down three personal pledges that help them “step out of their normal” and “walk into the amazing”. These pledges were then mailed to the WIT Network, but next year will be returned back to the original senders to remind them of those pledges and to see how they fared during that time.

Corporations still have a lot of work to do when it comes to fostering a diverse and inclusive environment, not just for women, but for other under-represented groups as well. Rekha Rao-Mayya, Microsoft’s country manager for GSI, SI partners, is the first to acknowledge this.

In addition to modernizing the company’s hiring practises to better accommodate neurodiverse people – not everyone wants to sit in front of three people in a small room for an interview, explains Rao-Mayya – Microsoft came to an important realization five years ago: Diversity and inclusion isn’t just a campaign. “It’s a behaviour,” she said. “It’s about how each of us creates an environment where everyone feels valued.”

Last year, Microsoft released its first in-depth diversity and inclusion report. It’s a 47-page document that says company-wide, women make up only 27.6 per cent of the workforce. Additionally, only 25 per cent of managerial, 20 per cent of director, and 19.3 per cent of executive roles are filled by women. While these numbers do represent small gains for the company, there’s room to grow. But Rao-Mayya says she’s proud that the company took the step of making these numbers public, and is adamant that Microsoft is heading in the right direction.


Modern mentorship and the art of storytelling

Tribute is an on-demand, B2B app designed for professional women. Women join the app by sharing their life experiences and ambitions, and then connect with other women — either within, or outside of their company — who want to help. The app, designed by Seattle-based Tribute CEO and founder Sarah Haggard, launched March 5 through the WIT Network.

CATA’s winning women of 2018 on the value of mentorship

“Mentorship is an exchange of wisdom,” she told attendees. “We don’t gain wisdom when things are going well.”

You can find out more about the app right here.


From the classroom to the boardroom

Nobody’s journey into the tech industry is identical, and neither is the subsequent ascension up the corporate ladder.

Gupta shared stories about her challenges post-graduation from university and the job hunt that followed. As young people often find, most job postings for entry-level jobs asked for multiple years of experience, she said. “It can become hard to get the self-starter mentality as a result.” Straker, a research director at Info-Tech, alluded to the imposter syndrome phenomenon. “That sense of self-doubt can start to creep in over time.”

Dell Technologies’ Pelletier stressed the importance of believing women when they come forward with concerns in the workplace. Too often today, their voices aren’t heard, she said. “We have to have the courage to bring these things forward … no matter how small they may seem. That’s how change is going to happen.”

There’s a surprising amount of overlap between improv and sales. Cheryl Stookes, area vice-president at SHI International walked through some of the similarities with Zoe Bradley, a Grade 9 student from Toronto. Improv demands a lot of adjustments on the fly and it encourages the others who improve with you to adopt a “yes and …” attitude, instead of a “yes but …” or the dreaded “no but …” one. In sales, a “yes and …” approach to almost any situation is much more constructive than the alternatives.

Bradley asked Stookes how she ultimately got into IT sales. The journey, as discussed during a panel earlier that day, is different for everyone, explained Stookes. She initially wanted to be a lawyer, but suddenly discovered selling IT products and services scratched those creative itches a lot better than legal proceedings did.


Neurodiversity is a superpower

Across the country, many jobs go unfilled because individuals with an intellectual disability or Autism Spectrum Disorder are not considered as potential candidates.

And based on data from 2015, most Canadians are okay with this. Half of the respondents in a survey by the Angus Reid Institute and the Rick Hansen Foundation noted that “it’s understandable” if businesses feel it’s risky to hire employees with disabilities.

Hiring neurodiverse people has given us an edge, says AirGate CEO

AirGate Technologies’ co-founder and chief executive officer, Nicole Mumford, is not one of those people.  The company’s goal since it was founded in 2014, she says, has been to prioritize inclusiveness and diversity, spanning gender, ethnicity and neurodiversity. The initiative means a great deal to Mumford, who has an autistic son. “He’s amazing,” she says.

AirGate, a cloud infrastructure solutions provider, has also quickly become one of Microsoft’s superstar partners thanks to its rapid growth and hiring practices.