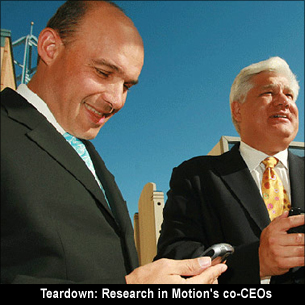 Tech geeks love to know everything about their gadgets, from the material used to construct the casing to the size of the hard drive, processor speed and beyond. In that vein, we at CIO.com have already “torn down”, a la iFixit, some of technology’s hottest head-honchos, including Steve Jobs, Steve Ballmer, Larry Ellison and Mark Zuckerberg. The following slideshow is dedicated to breaking down Research in Motion Ltd. president and co-CEO Mike Lazaridis and his partner in cRIMe, co-CEO Jim Balsillie. And we’re not pulling any punches on these CEOs just because there are two of them. 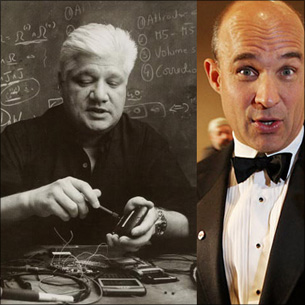 On the outside, both Lazaridis and Balsillie appear much the same; well-groomed; tailored suits; executive grins, etc., etc. But what you see is not necessarily what you get. Inside, Lazaridis is the technical genius who created the initial foundation for BlackBerry wireless communication devices and Balsillie represents the business side of BlackBerry, focusing on the firm’s strategic direction. Lazaridis speaks to geeks at BlackBerry trade show and developer events, Balsillie talks to CEOs and other execs about why they should invest in BlackBerry. Lazaridis appears on camera, in interviews and product demonstrations while Balsillie is more often in the boardroom. Yin and Yang. 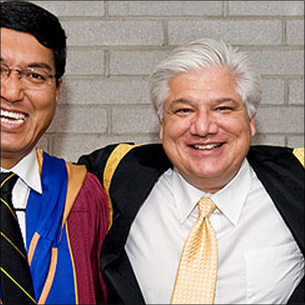 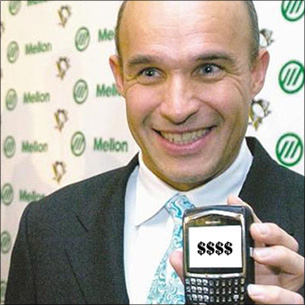 Mike Lazaridis and Jim Balsillie have a net worth of $2.2 billion and $2.3 billion, respectively, and both were included in Forbes 2010 list of the world’s 500 richest men. Cha-ching! That is one big pile of cabbage — the fortune that BlackBerry built. (To Balsillie and Lazaridis’s credit, the two BlackBerry executives are active philanthropists and both contribute regularly, and quite generously, to a variety of technological and humanitarian causes.) 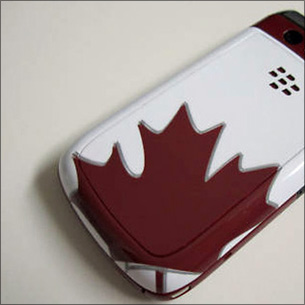 Though Lazaridis was born in Istanbul, Turkey, he moved to Canada when he was five and hasn’t looked back. Balsillie is a native Canadian. Both are proud to hail from North o’ the (American) Border. And it shows. RIM is about as Canadian as companies come. Lazaridis is even a Fellow of the Royal Society of Canada, he was named to the Order of Ontario and he is an Officer of the Order of Canada. The RIM co-CEOs also frequently donate funds to Canadian institutes and organizations. O, Canada! 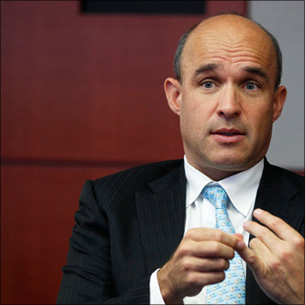 RIM’s co-CEO’s don’t often take guff; like BlackBerry smart phones, Lazaridis and Balsillie are ready to defend themselves against threats from outsiders. For instance, take the whole iPhone 4 “antennagate” situation of late. Apple CEO Steve Jobs not-so-democratically attempted to shift blame away from his company and evenly distributed it amongst competitors. But Balsillie wasn’t having it, releasing public comments about Apple’s reality “distortion field.” Smack, bang, POW. 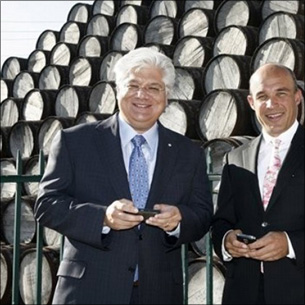 The Energizer Bunny has nothing on RIM’s co-CEOs; Lazaridis and Balsillie just keep going and going and … well, going. In addition to being RIM co-CEO, Lazaridis helped create the University of Waterloo’s Institute for Quantum Computing and has donated hundreds of millions of dollars to the school’s Perimeter Institute for Theoretical Physics (PI), a leading centre of scientific excellence. He also received Canada’s prestigious Ernest C. Manning Principal Award and was named one of TIME’s 100 Most Influential People. Balsillie founded The Centre for International Governance Innovation (CIGI), a world-class global research institute, and, years later, announced the creation of the new Canadian International Council (CIC). He also founded the Balsillie School of International Affairs in Waterloo. 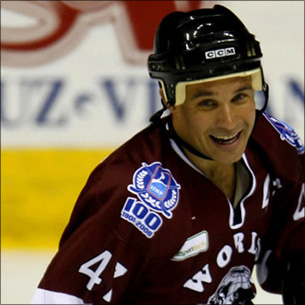 Jim Balsillie is first and foremost the leading business-mind behind RIM and BlackBerry, but he’s also an avid sports fan and athlete. The Canadian’s favourite sport? You guessed it? Hockey. And Balsillie’s not just a player or a fan. He’s attempted multiple times, albeit unsuccessfully, to buy and move another major NHL franchise, including the popular Pittsburgh Penguins, onto Canadian soil. Balsillie is also known to be a competitive golfer. Fore! 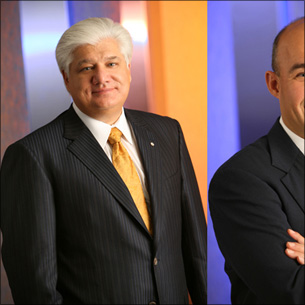 It’s easy to forget that the BlackBerry smart phone has its humble beginnings in some basic wireless display technology for warehouses, but in reality, Mike Lazaridis founded RIM as an undergraduate student in the mid-1980s, started experimenting with various technologies, those initial experiments extended to wireless data transmission, and the rest is history. Balsillie didn’t join the team until 1992, but that’s when the real magic started. From the mid-90s to the earlier 2010s, RIM produced the first BlackBerry wireless pagers, the first BlackBerry smart phones and 2011 will bring the first BlackBerry tablet PC: the PlayBook. Not bad for a couple of decades’ work. 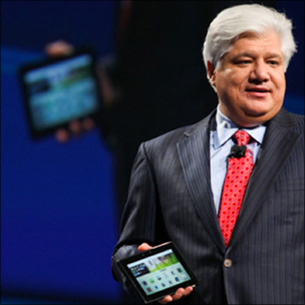 In Lazaridis’s words, something that sets RIM and BlackBerry apart from its competitors is “Super Apps.” This term refers to the mobile application developers’ ability to integrate BlackBerry apps with core functions of the BlackBerry OS to make them feel like they were a part of the OS from the get-go. Which is fine and dandy. But the term hasn’t quite resonated with users and critics, and Lazaridis and RIM just won’t let go. Lazaridis was also recently quoted as describing future BlackBerrys as “Super Phones.” What’s next? A Super BlackBerry Enterprise Server (BES) with Super IT policy enforcement? (Hmmm…CIOs might actually buy into a Super BES….)