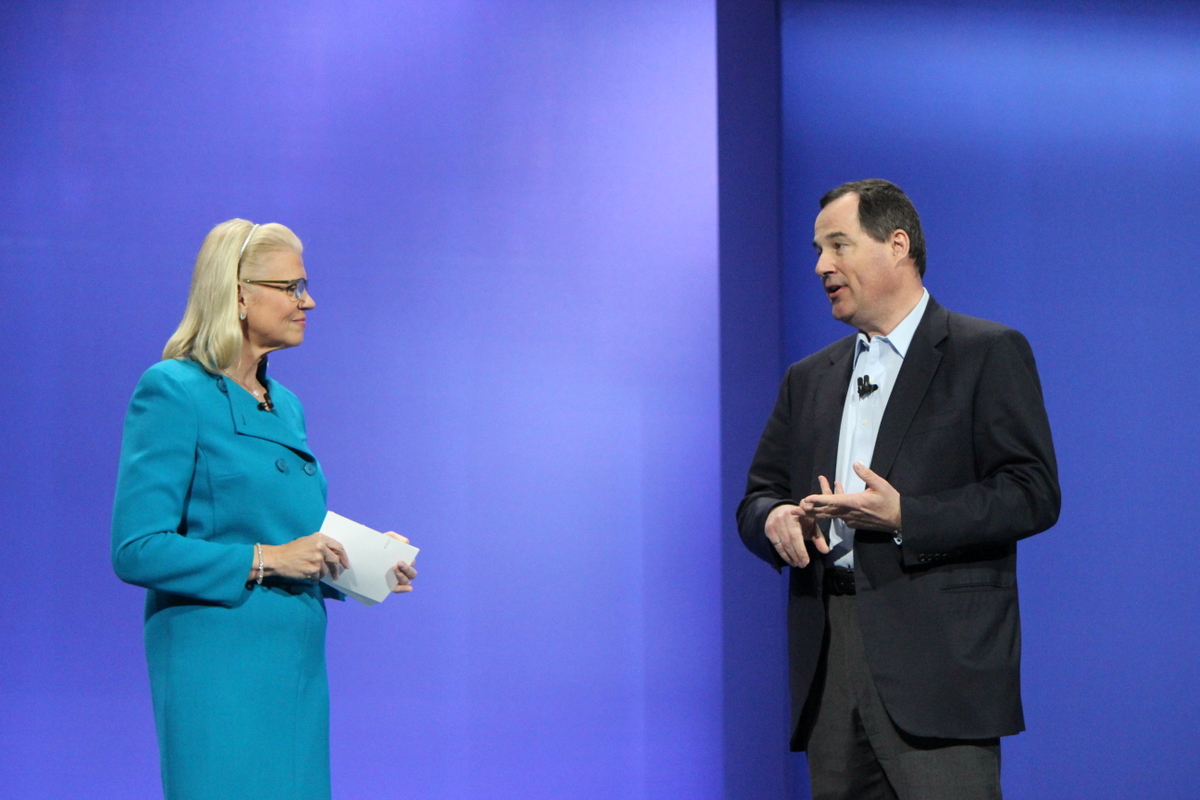 IBM Corp. CEO Ginni Rometty took the stage for day two of InterConnect, the vendor’s annual cloud conference. She used the opportunity to showcase some big name brands, including one with the Royal Bank of Canada. All of the partners brought to the stage told stories of success with IBM’s public cloud or its Watson-powered cognitive services, continuing the theme from day one. 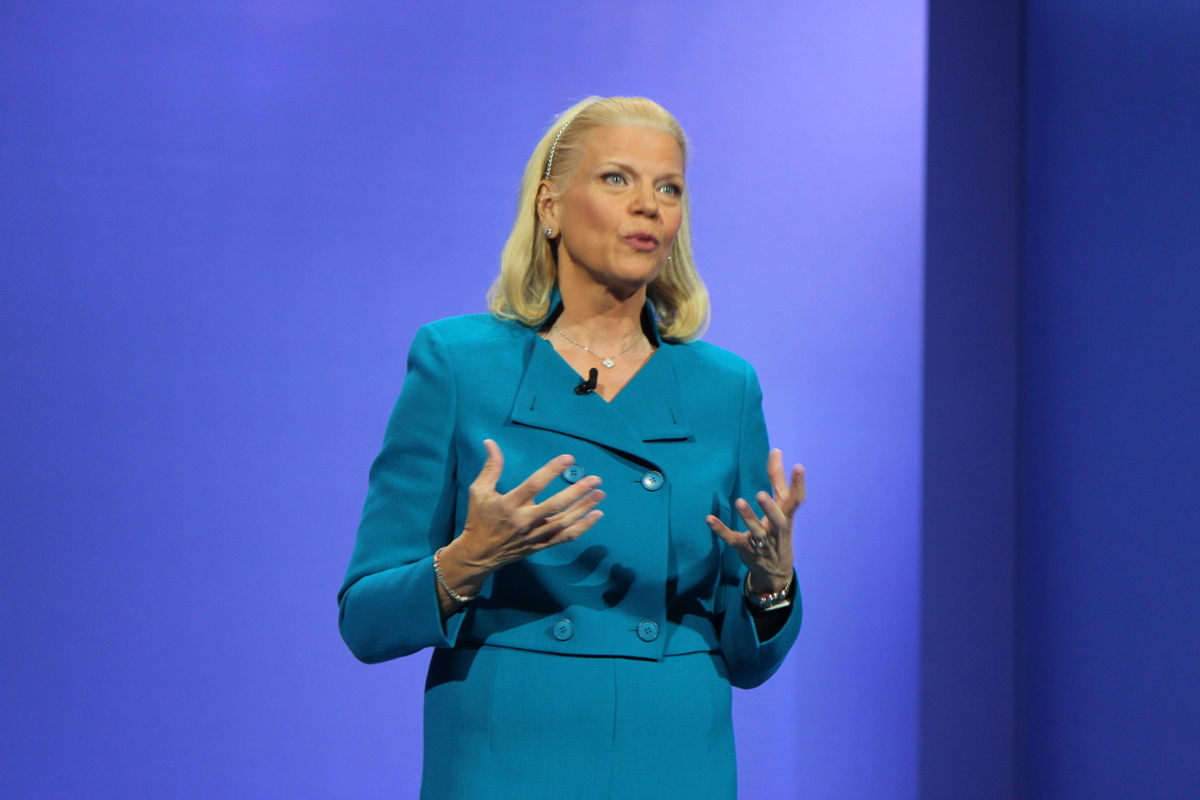 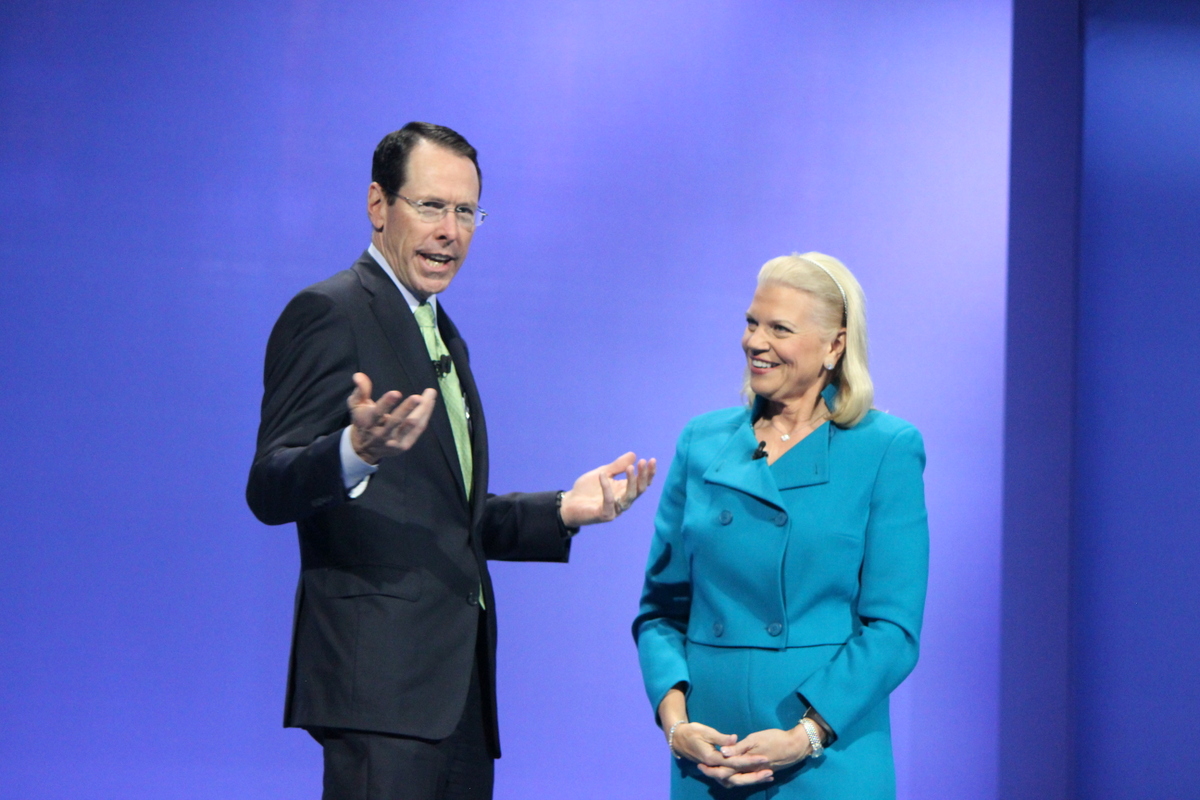 Randall Stephenson, CEO of AT&T was the first partner to take the stage, and spoke about how the telecommunications firm is using IBM’s MaaS360 product as its endpoint configuration solution, and a newly signed deal to use Watson in its IoT environment. He also spoke highly of the power of virtualized networks. “The days of IT managers buying a piece of hardware to run call centre routing are over.” 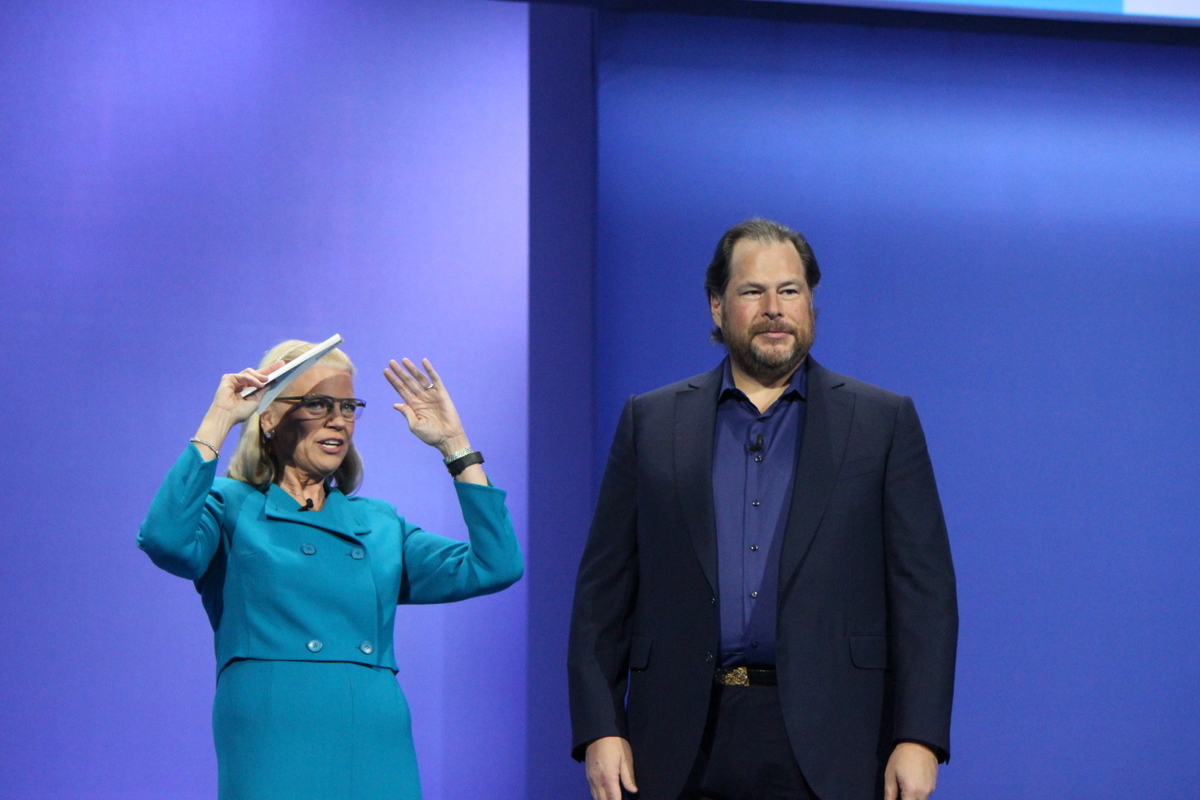 Salesforce.com Inc.’s CEO Marc Benioff took the stage to elaborate on its partnership with IBM around artificial intelligence. IBM’s Watson complements the Salesforce Einstein AI because of its domain expertise, he said. “When you look at things like deep learning, there’s an acceleration going on,” he said. “I can’t believe how fast AI is evolving and changing.” To that end, Benioff and Rometty were both at the White House on March 17 to discuss what the new trend means for jobs – specifically, a lot of training. 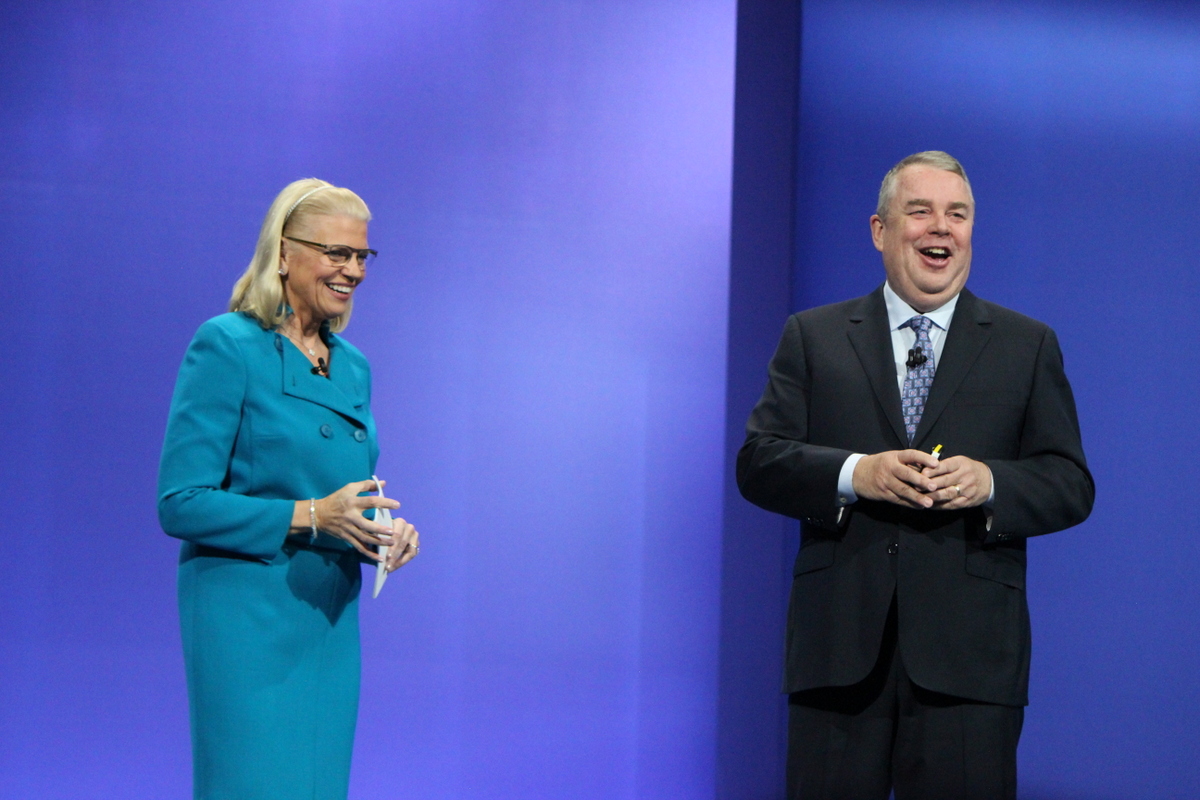 Just in time for tax season, Bill Cobb, president and CEO of H&R Block joined Rometty on stage. He showed off the firm’s Superbowl ad, which promoted how the tax services firm is using Watson to help its agents. The new feature allows H&R Block’s tax professionals to type in a few sentences about their client’s year, and tax credit opportunities are automatically identified. The change also came with using a second, client-facing monitor, at H&R Block workstations to keep customers more engaged in the process. 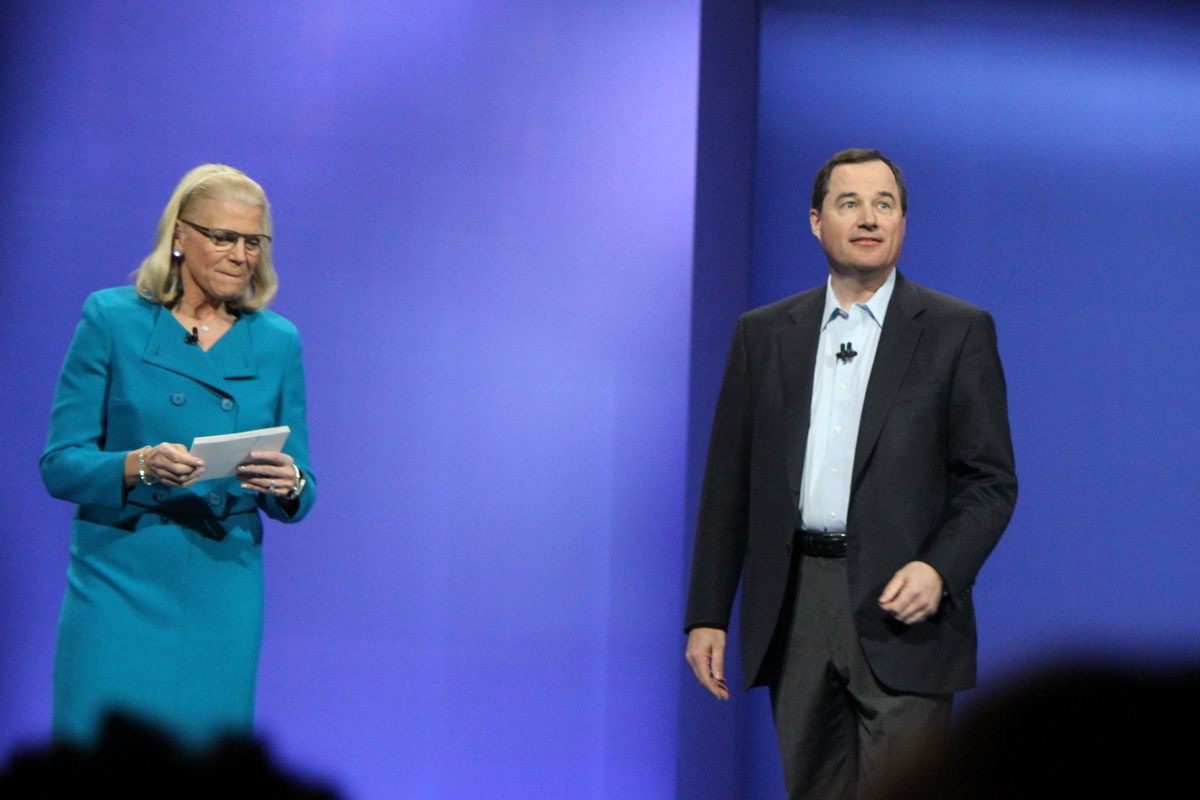 The Canadian content at InterConnect spiked upwards as Bruce Ross, head of technology and operations at the Royal Bank of Canada took the stage. He spoke of the bank’s digital transformation, powered in part by IBM, and the culture needed to achieve success with new technology. You don’t need to be an engineer to have an engineering culture, he said. “If we can’t draw a straight line between what we’re doing and a business outcome, then we should talk to the manager.” RBC sees itself as a Software as a Service provider to its customers now. 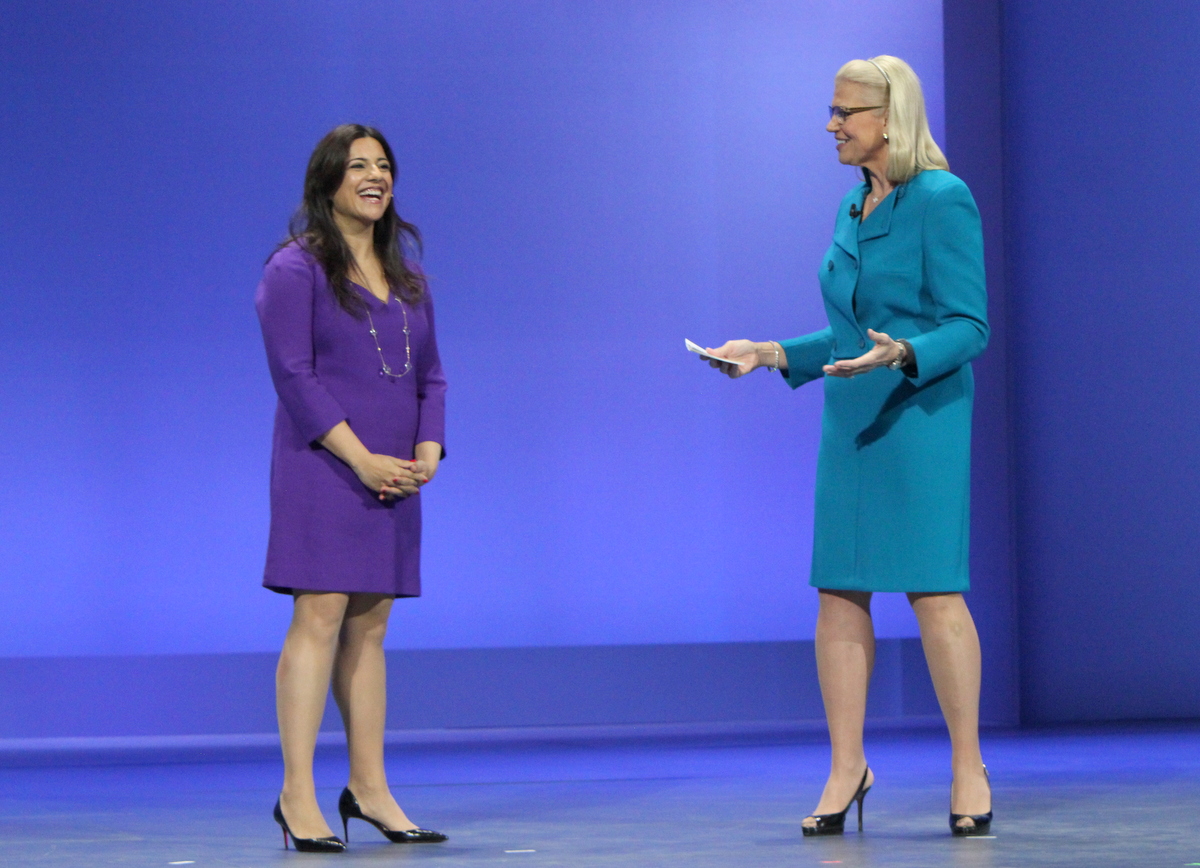 She’s already taught 40,000 girls to code at summer camps hosted in technology companies, but Girls Who Code founder Reshma Saujani says she’s just getting started and has a goal to reach 1 million by 2020. “I believe when you learn ow to code, you’re going to race up the ladder to the middle class,” she said. IBM has been a partner with the organisation since 2015, teaching young women to learn how to program on Bluemix and using Watson APIs. Girls often lack great role models to motivate them towards a career as a developer, she says, but that can be changed. 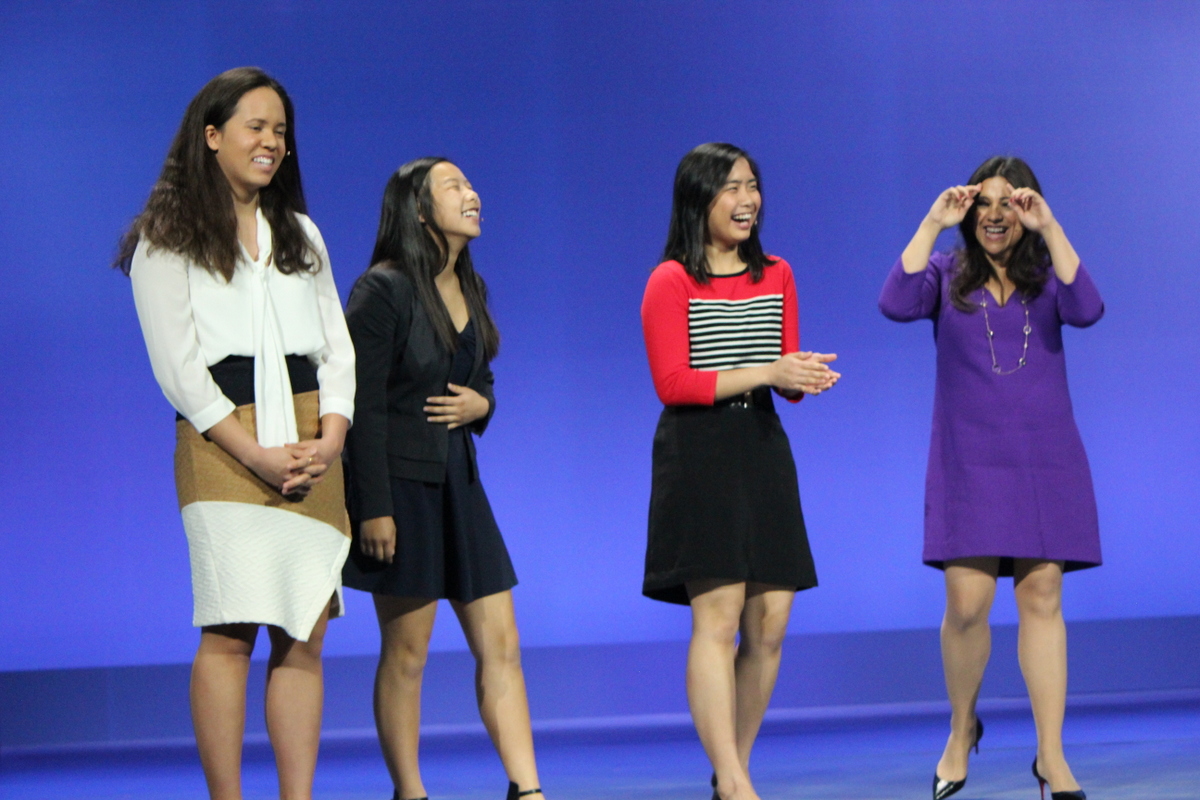 Case in point, Saujani brought three student graduates from the program, that had attended IBM’s camp in San Jose. From left – Madison Gong, Michelle Liang, and Karen Supandi. The girls used the Alchemy API in Bluemix to look at online reviews for a store and generate an overall positivity percentage score for it. “I had to remind some of my friends what IBM was,” Supandi admitted. But she’s bound not to forget Big Blue, because Rometty surprised all three with an offer of a paid internship.