Canada’s best tech companies to work for in 2018

Glassdoor’s ninth annual Employee’s Choice Awards featured six tech companies in its top 10 Best Places to Work in Canada, five of which were ranked one through five. Glassdoor is driven by reviews from real employees who can post anonymously. Here, we look at the top 10 tech employers in Canada.

The German-based corporation, with regional offices in 180 countries, including Canada, had 92 per cent of its employees recommend the organization to a friend. Ninety-seven per cent of employees approve of CEO Bill McDermott. “The environment here is great. Everyone is extremely talented. The CEO Bill McDermott is inspiring to say the least,” wrote one employee. When it came to a negative point about the employer, the employee wrote “not really sure… parking costs a lot but that’s it.” SAP has a 4.5 out of 5 rating from 6,000 employee reviews.

Formerly known as Optimal Payments PLC and Neovia Financial PLC, Paysafe Group is an online payments company based in the Isle of Man and regulated in the United Kingdom. Neovia Financial PLC acquired Optimal Payments of Montreal in 2011 and currently has a 4.5 out of 5 rating based on 275 employee reviews. Ninety-three per cent of employees would recommend Paysafe to a friend, while 96 per cent of employees approve of the company’s CEO Joel Leonoff. One employee wrote in a review that the “opportunity for advancement is excellent.” 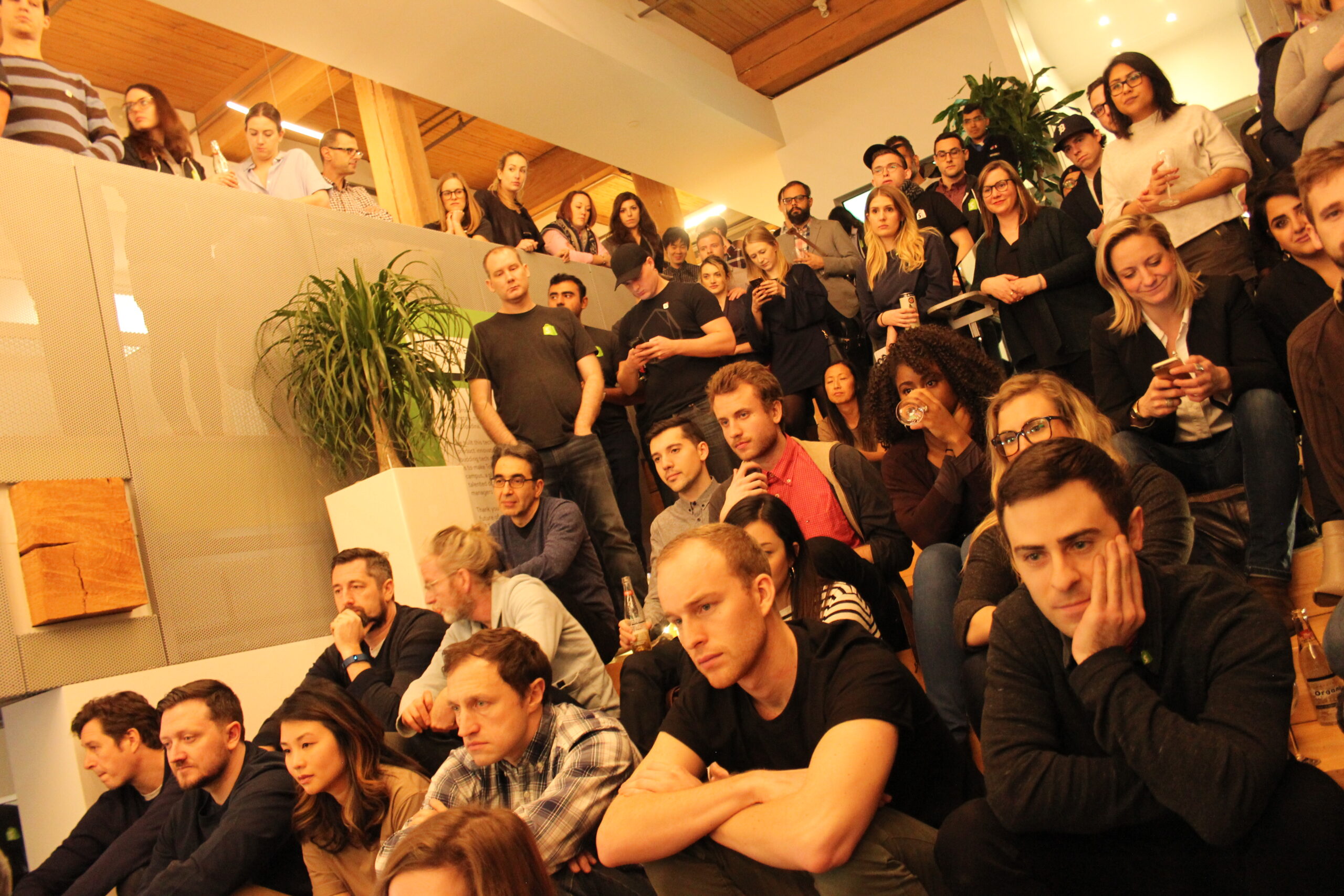 Founded in 2006, the Canadian e-commerce company based in Ottawa has grown from a team of five working out of a coffee shop to a team of over 1,500 working in four offices across Canada and one in the U.S. Shopify CEO Tobias Lutke received a 92 per cent approval rating from employees, and 84 per cent of employees say they would recommend working there to a friend. Shopify is currently sitting at a 4.3 out of 5 rating thanks to 189 employee reviews. “It’s easy to change your roles or move up in the company if you want to with new positions opening up all the time,” an employee wrote anonymously, adding the company should “stop focusing so much on metrics -there is more to being a great guru than giving in to every request as you are scared to get a negative rating.”

Microsoft climbed a few spots on Glassdoor’s top 10 since last year and 85 per cent of its employees say they could recommend the organization to a friend. “Great culture, teammates and manager,” wrote one employee anonymously. CEO Satya Nadella received a 96 per cent approval rating, while the company itself earned a 4.4 out of 5 rating based on more than 16,500 employee reviews.

The San Fransisco-based cloud software company’s CEO Marc Benioff received a whopping 98 per cent approval rating from employees. Eighty-seven per cent of them say they would recommend a friend to work there, and based on 3,331 employee reviews, Salesforce earned a 4.4 out of 5 rating. “It’s a great place to develop a sales career,” one employee wrote anonymously.

The popular hardware and software company slipped back a few spots this year, but CEO Tim Cook still maintained a high approval rating of 93 per cent. Eighty per cent of employees say they would recommend the organization to a friend. One anonymous employee from Vancouver wrote the work at Apple has been fast-paced and fulfilling, but that the hours were inconsistent for part-timers on a weekly basis and that full-timers were overworked. Based on more than 11,000 employee reviews, Apple has a 4.4 out of 5 rating.

With offices in Canada, the U.S., Europe and Mauritius, 86 per cent of employees say they would recommend the company to a friend, while CEO David Ossip received a 93 per cent approval rating. The Minneapolis-based firm focused on human resources software acquired Toronto-based Dayforce in 2012. More than 1,000 employee reviews have contributed to the company’s 4.4 out of 5 rating. A current employee wrote that front line and behind the scenes staff are respected and “promote a diverse culture.” However, the employee added “we are a company in motion and so things are constantly changing … change is often hard to adapt to and embrace, so we need to pace the rate of change down so employees can adapt more easily.”

The video developer for consoles and mobile devices, responsible for popular titles such as Assassin’s Creed and Rainbow Six Siege, currently has a 4.3 out of 5 score after 832 reviews. The company is based in Montreal with offices in Toronto, Quebec City and Halifax. An employee wrote that the balance of work and life was “excellent,” but that salaries were “very low.” CEO Yves Guillemot received a 97 per cent approval rating from its employees, 87 per cent of whom would recommend working there to a friend.

PointClickCare’s cloud-based software helps senior care facilities develop coordinated and collaborative approaches to their clients’ needs. It has offices in Canada, the U.S. and Nepal. CEO Mike Wessinger had a 98 per cent approval rating from employees, 90 per cent of whom would recommend the organization to a friend. Nearly 190 employee reviews contributed to the company’s current score of 4.3 out of 5.  One employee commended the company’s ability to be flexible with staff’s schedule outside of work.

Eighty per cent of employees would recommend working at the networking hardware company to a friend. Its CEO Chuck Robins received an 86 per cent approval rating from employees. It also has a 4.3 out of 5 rating based on more than 12,000 employee reviews. “We get to be on the very leading edge, helping organizations of all kinds re-imagine and reinvent themselves,” one employee wrote anonymously, but noted that the company is built on “employing disruptive technology,” and that employees are required to work outside their comfort zones.