Everybody’s talking about artificial intelligence and machine learning (ML), but what can you do with it, and how can developers learn how to work with it without years of training? It’s scary – or is it? AWS’s answer to these questions was, in part, the DeepRacer League. 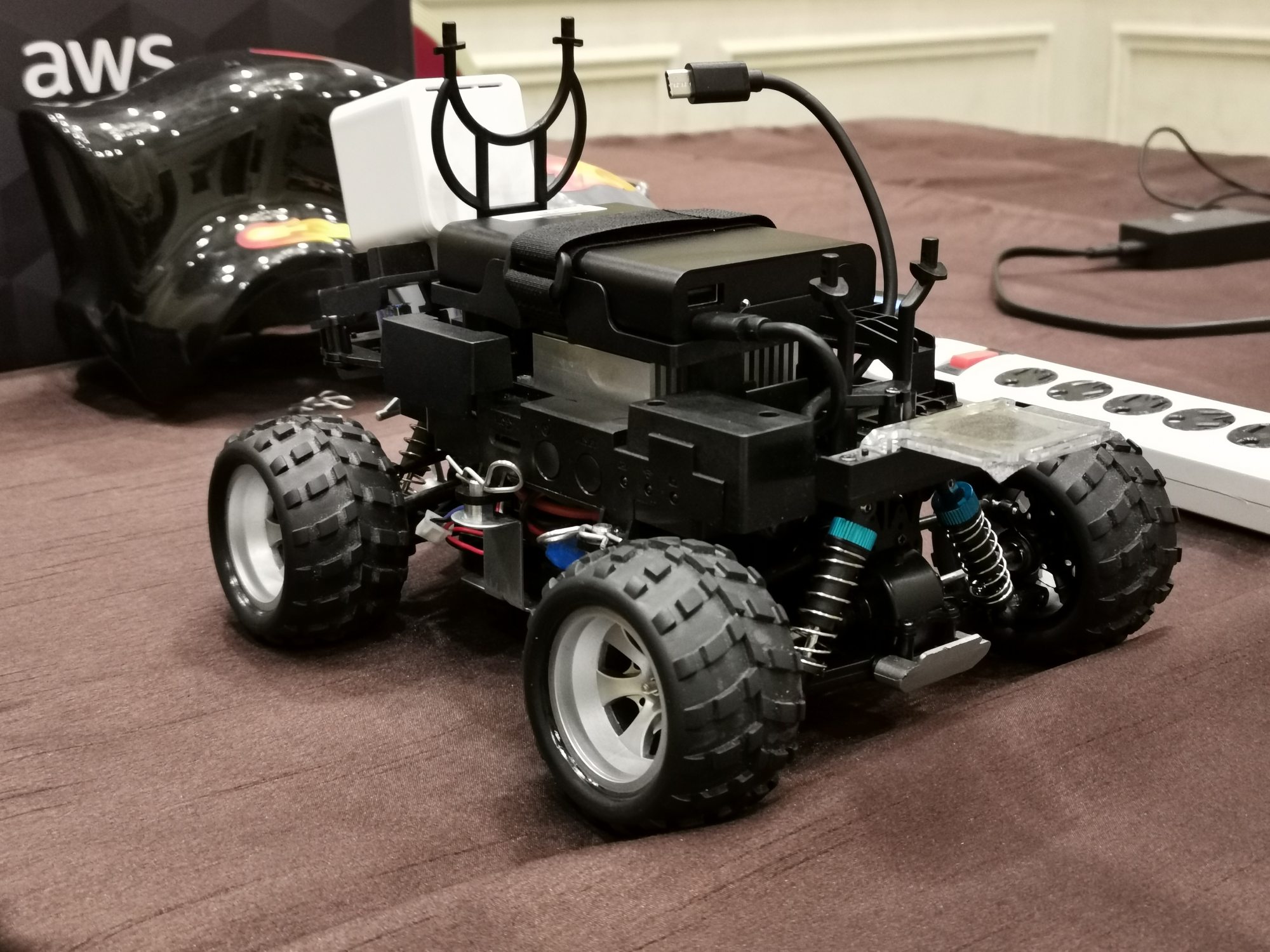 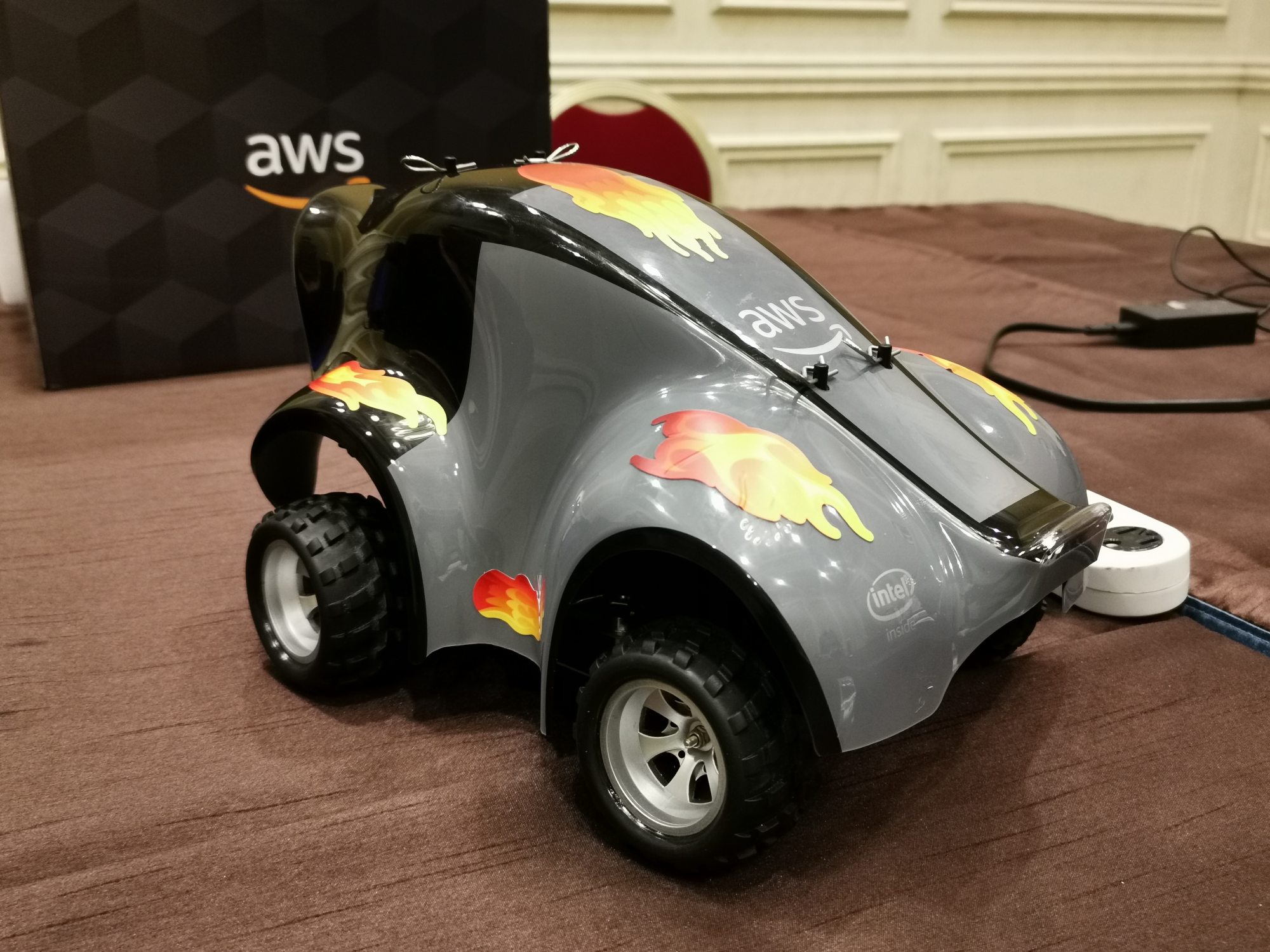 AWS DeepRacer is a 1/18 scale autonomous racecar that is programmed using AWS SageMaker by feeding it a set of rules and then using a simulation to allow it to train itself through a technique called reinforcement learning. It’s the way babies learn – try something and learn by failing. The training generates a computer model that’s then installed in the physical car and controls it. 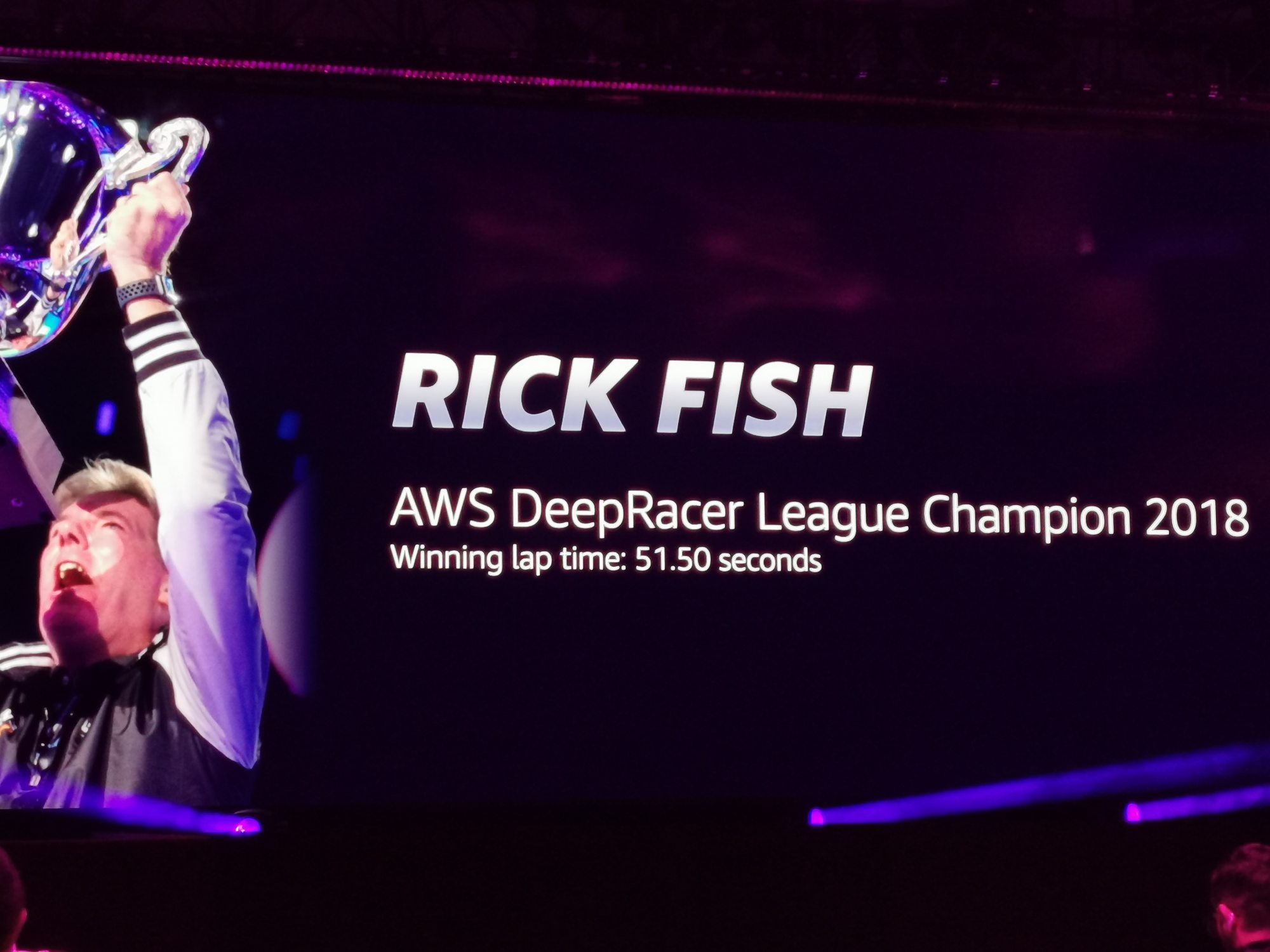 At re:Invent 2018, AWS launched the DeepRacer League, billed as the world’s first autonomous racing league. Attendees dove in with enthusiasm, learning the technology from the tools and tutorials provided, building their computer models, and competing in heats for two days before the finalists faced off before the last keynote of the conference. The rules were simple: the car had to complete a lap of the track in the fastest possible time without straying outside its boundaries. And no, it’s not easy. The winner’s best time was almost a minute. 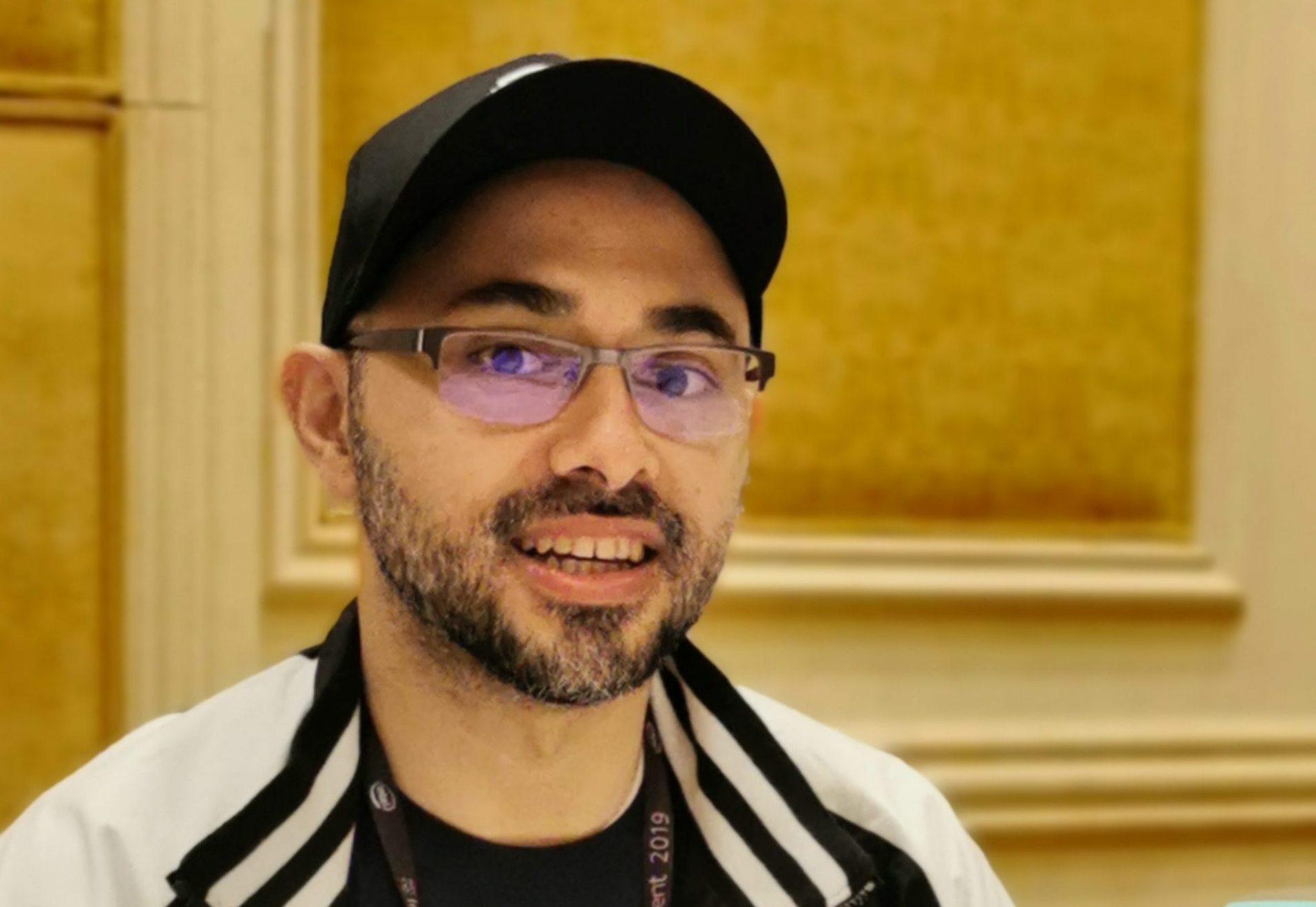 Fast forward to 2019, and throughout the year developers competed at regional AWS events for the privilege of being one of 64 to face off at re:Invent. Canada’s finest, Mohammad Al-Ansari, software developer/solution architect at Toronto-based Myplanet, achieved a time of 7.85 seconds, just a hair above the world record of 7.44 seconds. At the conference, he made it to the top 16 before being eliminated by one of the three finalists. 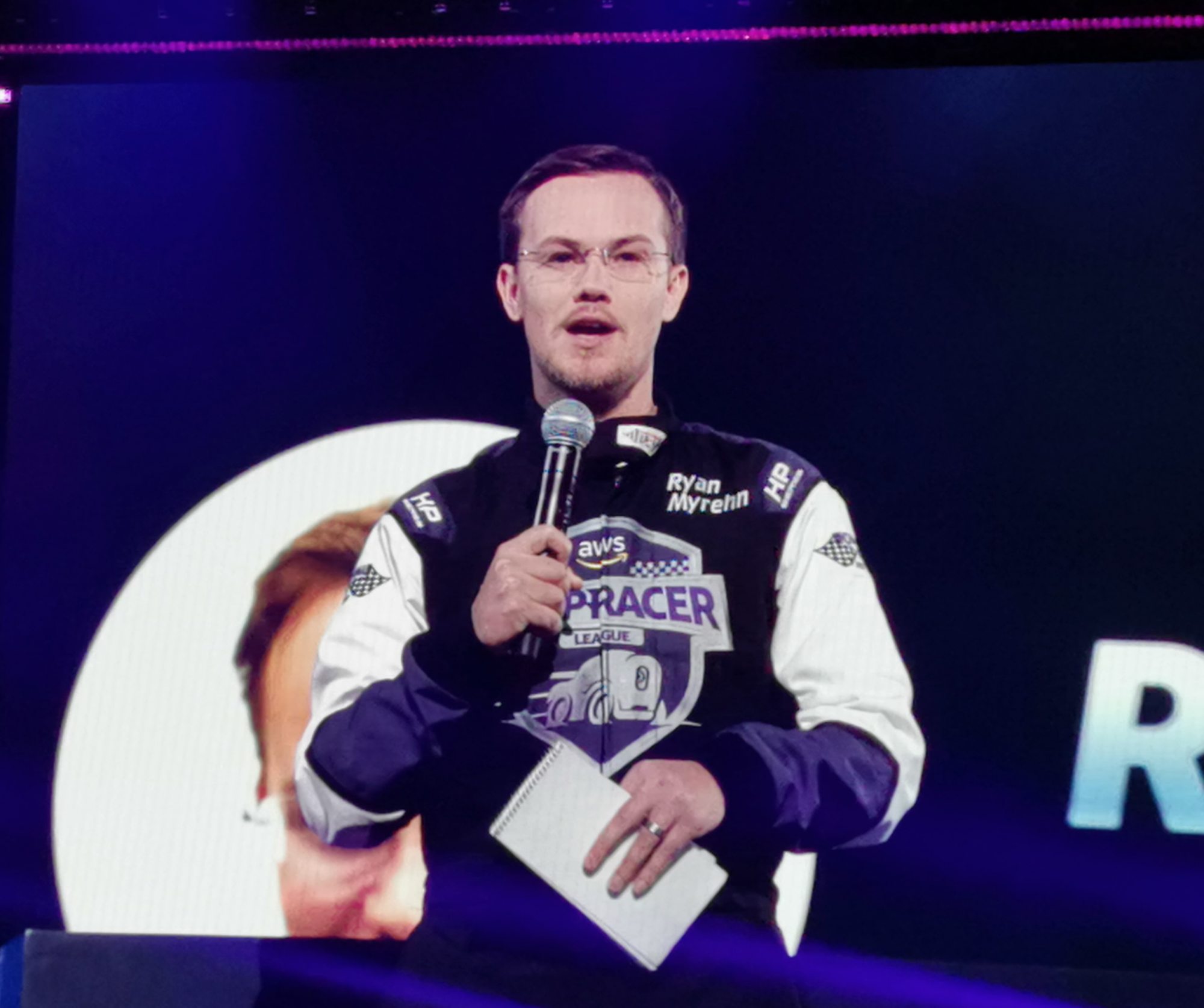 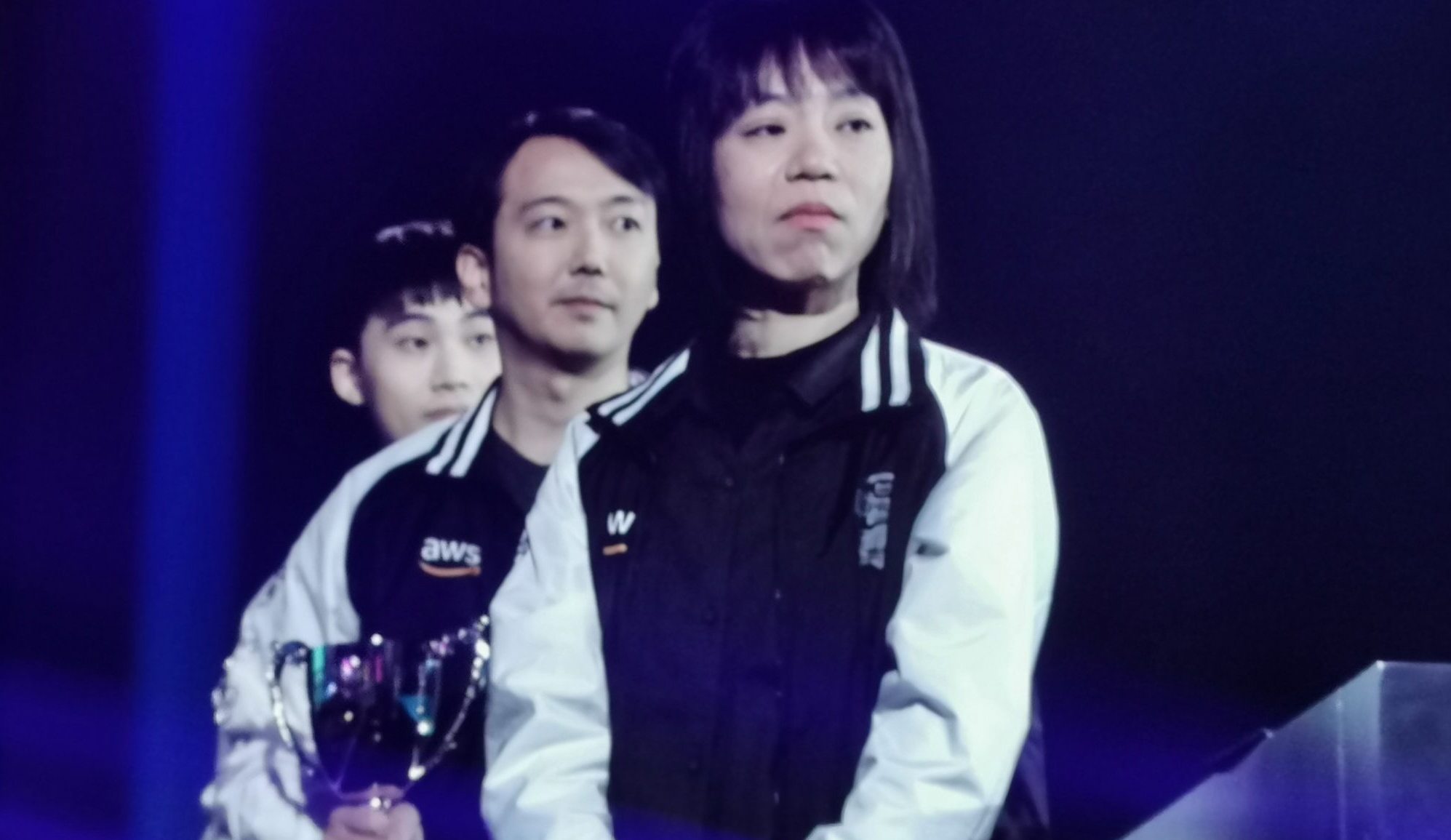 Two of the three finalists were from Japan. Front to back in the photo they are: Sola, who holds the world speed record, Fumiaki, and Taiwanese racer Roger.

Competitors were given 90 seconds to circle the track, with the fastest successful lap being counted. It the wheels strayed outside the track boundary, the lap didn’t count.

First up was Sola. Her time on this more difficult track was considerably longer than her world record timing – over 10 seconds.

And the winner is…

Despite challenges, Sola prevailed and took the championship by less than a second.

AWS is already planning next year’s races, complete with new tech for the cars that will allow racing head to head against other cars. Owners of the current generation of car will be able to buy an upgrade kit so they can continue to compete.

But wait – that’s not all

DeepRacer has been such a success that this year the company announced yet another machine learning device: DeepComposer, a keyboard that uses generative adversarial networks (GAN) machine learning that pits two neural networks against each other to create music based on sample inputs. 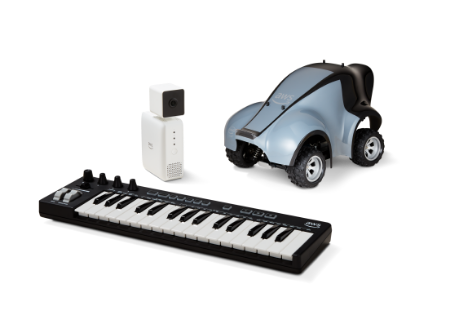 Who says learning AI and ML can’t be fun?