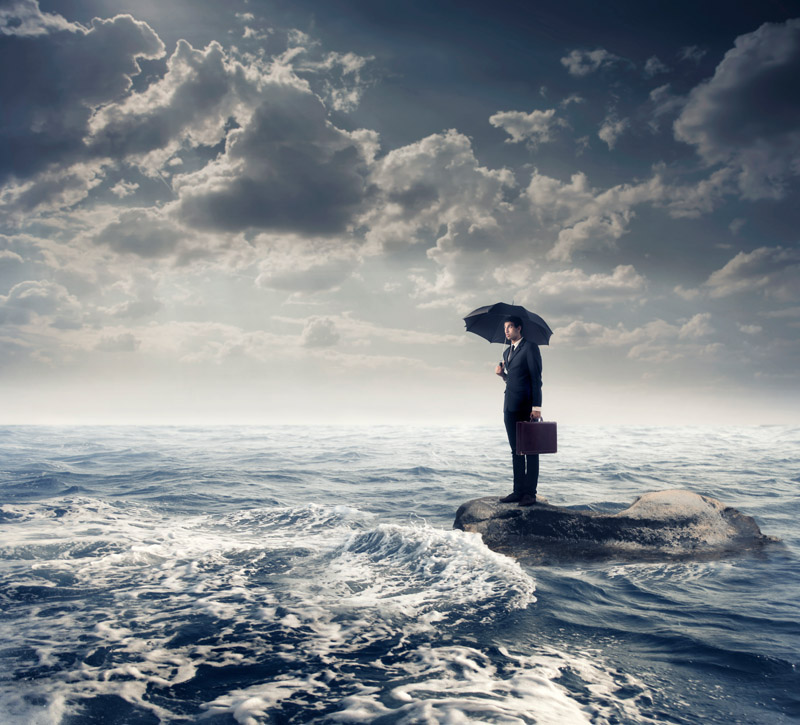 You have a great idea.  It’s exactly the right thing to do.  You are totally charged up about it.  you take it back to your team meeting and everyone loves the idea.  Everyone but you know who.

Every team has one.  A person who is always finding something that could go wrong.   Even when everyone else is on board, they won’t give up.  They’ll hammer away until they find some weakness, some question you can’t answer.

You know what I’d like to say to that person?

Okay, that’s not what I want to say, but it’s what I should want to say.  As strange as it seems, this person is doing you a favour.  They are giving you everything you need to make your idea even better.

We don’t see it that way.  That’s the problem.

Our egos and our ideas are inextricably linked.   These people aren’t just attacking our ideas – they are attacking us.    It’s our intelligence, our creativity, our ability that created that idea.  We believe in it.  We are passionate about it.

Money and position are factors, but for many high performers those are just how you keep score.   Our ideas are the real currency that allows us to fulfill our inner needs to make real and lasting change, to have our contribution recognized, to win social, corporate or peer approval.

As someone said, if nobody is following you, you aren’t leading – you are just out for a walk.  We want – we need people to buy-in to our ideas.

If fact, we expect it.   We expect that our friends, our community, our co-workers will support us.  Why shouldn’t they?  We’ve done the work.  We deserve it.  This is our moment in the sun.  We’d do the same for them.  Real team players, real friends support you.  Besides it’s a great idea.  They will buy-in.

That’s when it gets dangerous.  Why?  As one CEO said to me a few years ago, “whenever anyone talks too much about buy-in, I wonder what they are selling.”

When this happened, I laughed and stopped myself.  She was right.  Buy-in is not an end in itself.   What are we really trying to do?  Are we selling our ideas?  Or are we trying to find the best solution to a problem, the ideal way to capitalize on an opportunity?  Is this about us?  Or is it about the right result?

Maybe that’s why Harry Truman said  “It’s amazing what you can accomplish if you don’t care who gets the credit.”

If it’s really about the result and not about our ego, we would welcome people to expose the weaknesses and potential problems?   Identifying weaknesses makes our ideas stronger.  Weaknesses identified can be addressed before they turn into problems or failures.   And in the end, if our ideas can’t stand up to rigorous examination, if they fail that test, maybe it’s best that we look for new ideas.

If that’s true, then why do disasters happen that nobody seems to see coming?  Why do so many companies do really stupid things?   Why do projects go off the rails? Is it because nobody in the organization knew the ideas were bad or had serious flaws. So how was it that nobody said anything?  Why was everyone so quick to buy-in to bad ideas?  Why was there no opposition?

A friend once told me that any idea that was immediately and unanimously accepted was inevitably wrong.   All ideas have risks. Everything has a downside.  When we didn’t raise these fully, we had groupthink and a potential disaster.  The only way to avoid this is to welcome – no, make that stronger, encourage dissent.

When this doesn’t happen, the blame is not with the person who had the bad idea – it’s clearly with the leadership of the company or organization.  As leaders we have a responsibility to create that effective corporate culture.
We have to give permission to dissent.  We have to encourage people to look at our ideas critically.  Yes – our ideas.  You can’t say there are no stupid questions and then put someone down for asking a stupid question – even if it is a stupid question. If we crush dissent, force buy-in or shame those who criticize as not being team players we shouldn’t be surprised when nobody has the courage to challenge ideas.
But what about respect?  Will we get respect if we ask people to expose the weaknesses and shortcomings of our ideas?   Newsflash – they are talking about the shortcomings and weaknesses anyway.   They just aren’t doing it to our face.  And they will respect you.

Just ask Terry Cunningham.  Today, Terry is the president and general manager of EVault (a Seagate Company).  You might know him as the founder of Crystal Reports.  Terry willingly admits that there was a time when he hated criticism.  It took years to realize that “he didn’t know what he didn’t know.”   Today, however, Terry is famous at his company for encouraging people to give him brutally honest feedback.  And if you’ve ever met Terry, even for a few minutes, you would realize that its this characteristic that makes you instantly respect him.  Don’t get me wrong – he’s not a push over.  But he will welcome – even expect a question.   Better still, he’s still able to say those three magic words – “I don’t know.”
It’s not pie in the sky.  We do have a choice.  We can serve our egos.  Or we can serve our organizations.  But we can’t do both.   Moreover, every choice is cumulative – each one either builds a culture that tests all ideas or one where the loudest or the most powerful gets a pass.

The culture we choose to develop is critically important.  Not only does it improve our ideas, it also improves our execution.  People are more engaged when they have meaningful role in developing an idea.   Engagement is critical to successful execution.

Better ideas.  Better execution.  All it takes is courage.  When we feel uncomfortable, when we feel that some “so and so” is criticizing us, we need the courage to look that person who is criticizing your idea straight in the face and say what we should be thinking.

PS.  If you have comments or criticism of this piece, I’d love to hear it.  Either use the comments field or write to me directly.  jlove@itwc.ca

Meet a former CIO who now has ‘innovation’ in his job...