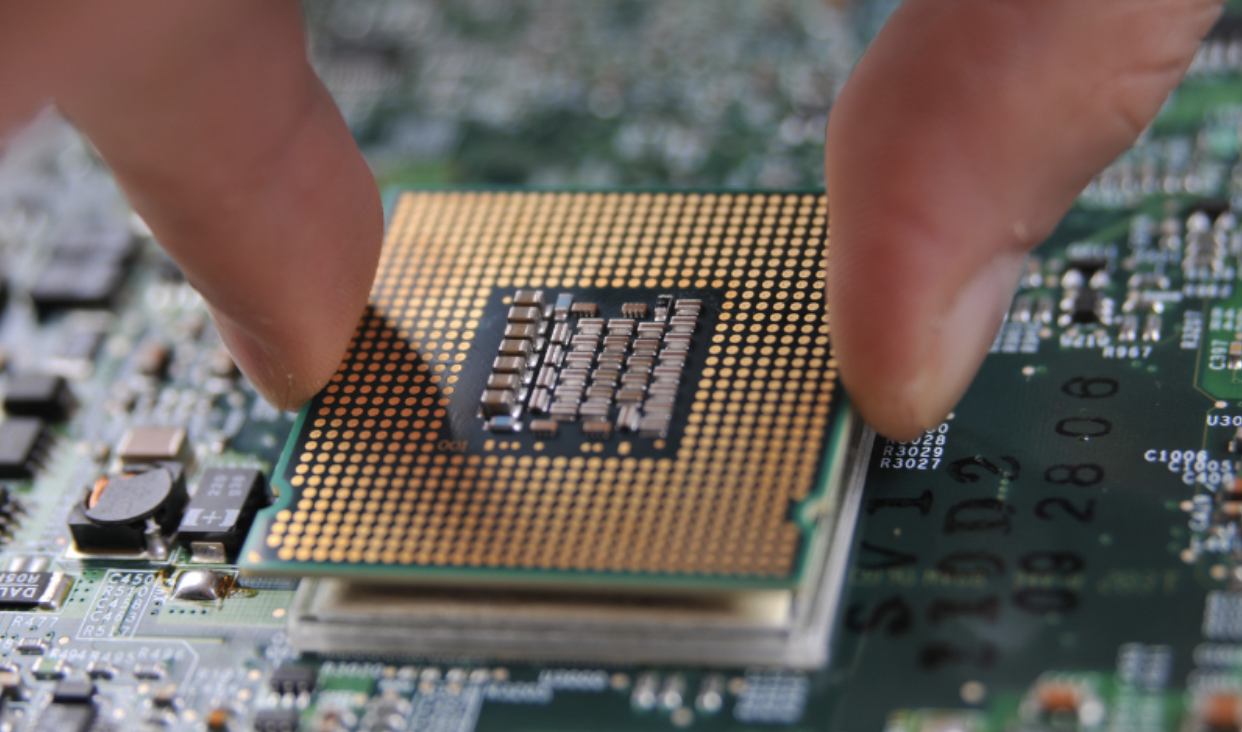 When Apple announced its third hardware event, dubbed One More Thing, no one was prepared for the bundle of surprises in the package: exciting products including three new Macs, and the next version of macOS.

However, the biggest news was about the smallest piece of tech, the M1 chip, a custom-made silicon chip that now powers the newest MacBooks and Mac desktops.

The M1 processor is a huge leap forward for Apple, as it marks a shift from the previous Intel-made chips to designs that are produced entirely in house. Besides being a watershed moment in PC development, this change gives Apple unprecedented control over its products.

What is the M1 chip?

The M1 chip replaces the Intel chip, which Apple has relied on until now for all of its devices. The new processor is Apple’s way of demonstrating that they are moving in their  own direction, giving them even more control over their supply chain and product development process.

The M1 chip is the first significant threat to the Intel-AMD duopoly and is set to dramatically change how PCs are designed and used.

As the most powerful chip made by Apple thus far, the M1 transforms Mac users’ entire experience. Designed with Arm technology, the chip demonstrates exceptional performance with macOS Big Sur and industry-leading performance per watt, which together help the chip deliver up to 3.5 times faster CPU and six times faster GPU.

Along with great performance, the M1 chip offers 15 times faster machine learning capabilities and a battery life that’s twice as long as before. 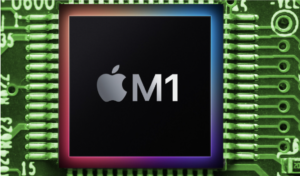 The new M1 chip boasts several powerful features that are already transforming performance and revolutionizing the variety of things you can do with your Apple device. Here are just a few of the main changes:

With the introduction of the new Macs that come with the M1 chip, Apple included a new macOS version – Big Sur – with a beautiful redesign of its interface and powerful updates. Big Sur is designed to harness the full power and capability of the M1 chip. The advanced macOS is optimized to unlock the chip’s power, including Core ML for machine learning and developer technologies from Metal for graphics.

Along with these changes comes the ability to run a greater range of apps than ever before, with stronger security protections. Macs now have a built-in protective system thanks to their Unix-like operating system. The Xprotect anti-malware scanner and Gatekeeper that run in the background and scan unknown but potentially harmful applications on your computer are also now included.

That’s not to say that Macs aren’t un-hackable or can’t be affected by malware. In fact, there have been several cases of malware targeted at Macs with the M1 chip.

The first recorded case of malware in M1 Macs was discovered in December 2020. The GoSearch22 Safari extension, based on adware Pirri, became public knowledge in February 2021 after being reported to VirusTotal. Another malware, called Silver Sparrow, was discovered by security firm Red Canary. The malware executes commands using the Javascript API and targets Macs equipped with the new M1 chip.

Fortunately, Mac users can rely on strong and reputable antivirus for Mac to beef up the security of their data and identity, providing  peace of mind and a worry-free Mac experience.

The ARM-based chip design is not only small but power efficient, which is why Apple has used it in its products. The chip comes with eight processor cores that deliver better computer performance and multi-tasking. These cores are comprised of the following two core types:

With the MacBook Air equipped with the M1 chip, you can experience faster performance when carrying out the following tasks:

You get all these in the MacBook Air’s fanless design thanks to the industry-leading power efficiency of the Apple silicon chip. As a result, no matter what you do on your device, it remains completely silent, and the battery life is longer than ever.

Apple devices used to be sold at varying prices based on the processor speed, along with any extra features that added a flat cost on top. With the M1 chip, the performance playing field has been levelled. Regardless of the device you buy, the processor will be the same as any other device; you pay for the one that suits your needs best.

No matter the device you buy, you’ll get the same performance across all your devices to do the tasks you care most about. This is a stark difference from the previous Intel processors, which were different across Apple devices.

Previously, if you wanted an Apple computer on a budget, you’d likely have to settle for a Mac Mini with the slower Intel Core i3 processor. Alternatively, if you had the budget, you’d probably splurge on a MacBook Pro with the Core i7 processor and other top specs.

The M1 chip has made all devices equal across the board in terms of processor performance, so now it’s just about picking the device that fits your lifestyle and needs.

Battery life is another huge bonus of the M1 chip. When Apple announced the M1 chip, they touted huge battery life improvements. The MacBook Air can last  anywhere from 15-18 hours for wireless web browsing and video playback, while the MacBook Pro battery lasts as long as 20 hours. Compared to the Macs that run on Intel chips, these are impressive numbers, ranging from six to eight hours longer per battery per day.

This may seem like  a small change, but one that should’ve been implemented long ago. Instant wake means you don’t have to wait long for your Mac to boot or start up. Just open it and it’s ready to go.

For decades, laptop and desktop buyers have followed  the “pay more, get faster performance” rule when deciding on a computer. With the M1 chip, Apple just changed the rules.  By popping this efficient little silicon chip into all its devices, they have ensured you pay for the device you need, not the speed.

If this strategy is successful, you may be looking at more wallet-friendly options in the future. Hopefully, the price of high-performance devices will decrease, and buyers will experience that faster doesn’t necessarily mean more expensive.