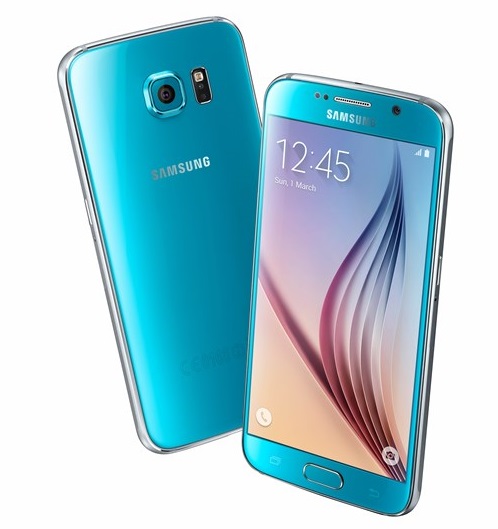 The Galaxy S6 edge features a curved display on both sides, with a glass body made from Corning Gorilla Glass 4 in an array of jewel tones, including White Pearl, Black Sapphire, Gold Platinum, Blue Topaz and Green Emerald. Samsung says both smart phones also feature a new and lighter user interface.

“With the all new Galaxy S6 and Galaxy S6 edge, Samsung is offering what’s next in mobility, along with a new standard to drive the global mobile agenda,” said JK Shin, CEO and head of the IT & mobile communications division at Samsung Electronics. “By listening to our customers, and learning from both our success and missteps, we continuously push forward new technologies and ideas. With a reimagined design, robust partner network and novel services, the Samsung Galaxy S6 and Galaxy S6 edge offer users the ultimate experience in smartphone options.”

Samsung has always invested a lot of effort into the camera on the Galaxy S lineup, and the S6 and S6 edge feature F1.9 lenses and high resolution sensors for the 5MP front camera and 16MP rear camera. Tools including Auto Real-time High Dynamic Range, Smart Optical Image Stabilization IR Detect White Balance ensure quality pictures even in less than ideal circumstances, and a new quick launch features takes the user from any screen to taking a shot in 0.7 seconds.

Support for wireless charging has been broadened to any wireless pad that supports WPC and PMA standards, with a 1.5x improvement in charging time from the Galaxy S5.

The S6 and S6 edge measure 6.8mm and 7.0 mm thin and weigh 138g and 132g respectively, and are powered by what Samsung claims is the world’s first 64 bit, 14nm mobile processor with a new LPDDR4 memory system and UFS 2.0 flash memory. The 5.1” Quad HD Super AMOLED screen boasts pixel density of 577ppi. Models with 32GB, 64GB and 128GB of storage are available.

On the security front, both models will also come pre-installed with Intel Security’s VirusScan Mobile technology, the first smart phones to come with the solution. 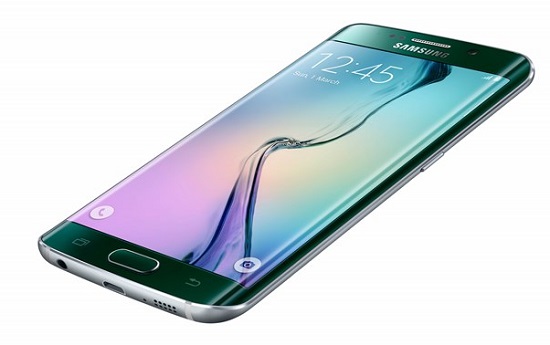 “We live in an unprecedented era of connectivity, where users are doing just about everything on their mobile devices — From banking to shopping to filing taxes — Potentially putting their sensitive data and privacy at risk,” said John Giamatteo, senior vice-president and general manager at Intel Security, in a statement. “With the help of Intel Security, all Samsung Galaxy S6 and S6 Edge users can receive protection to enable safe online experiences.”

Also new is Samsung’s mobile payment service, Samsung Pay, which is launching with the Galaxy S6 and S6 edge. It will launch in the U.S. in the second half of 2015, is secured by Samsung Knox, fingerprint scanning and advanced tokenization, and works with both Near Field Communication and Magnetic Secure Transmission technology for compatibility with any device, merchant and card issuer.

Global availability is scheduled for April 10, and Telus has confirmed it will begin accepting pre-orders on March 5. Pricing information is not currently available.

Jeff Jedras
As an assistant editor at IT World Canada, Jeff Jedras contributes primarily to CDN and ITBusiness.ca, covering the reseller channel and the small and medium-sized business space.

According to IDC and Gartner, the PC ain