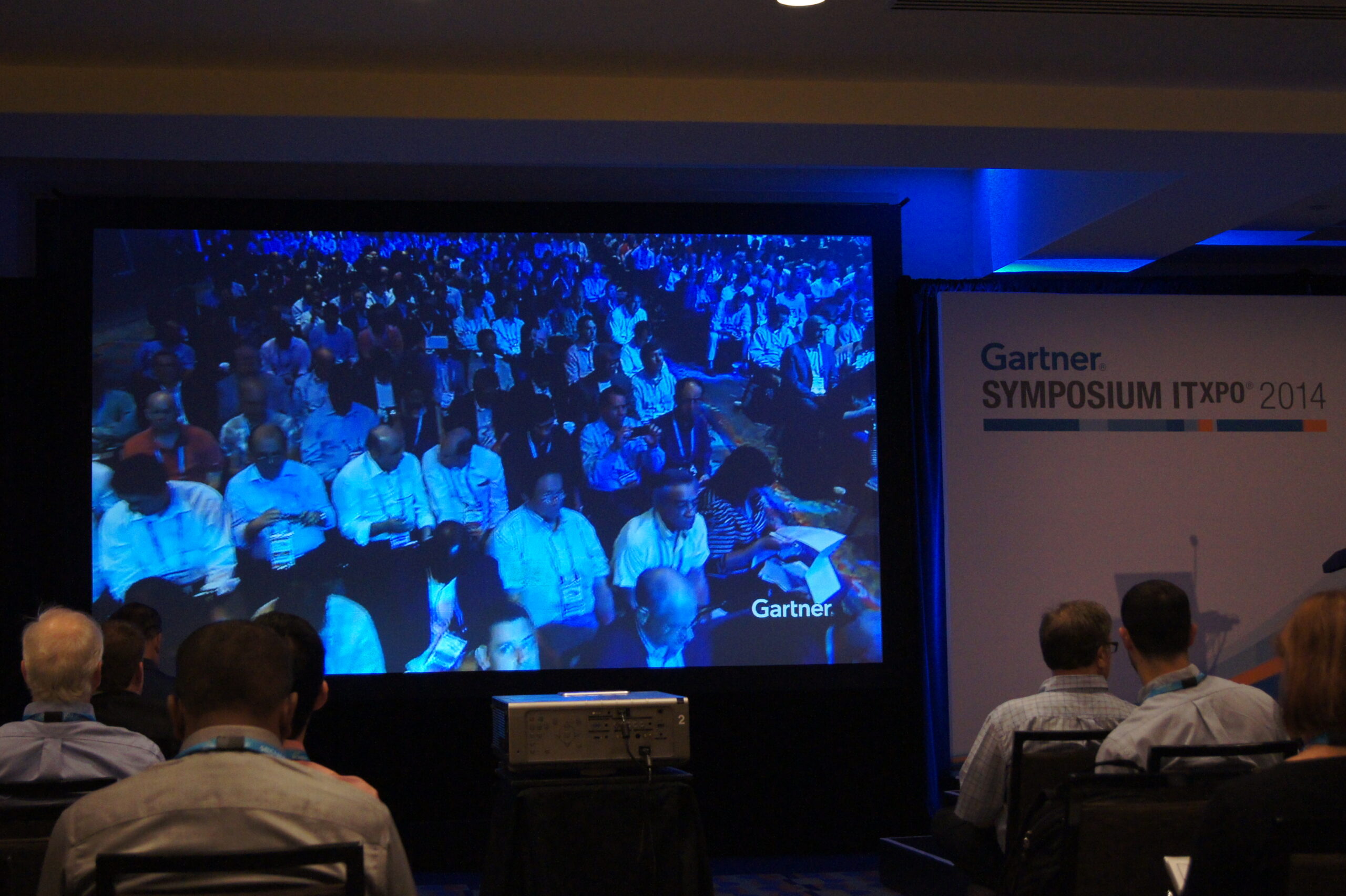 ORLANDO — You might think of Microsoft as a product company. You might not think of  it as a champion of privacy or open data. But you might have to think again. This is one of a series of posts from the Gartner Symposium and IT Expo that I’m attending here.  This is part of Day 1 of this event.

Mark Day, business manager of public sector for Microsoft presented what some might see as a new approach for the company here.

Presenting as part of “Industry Day” in the government track, Day emphatically stated “we (Microsoft) don’t turn over data in response to a national security order.” Further, he noted, “we will challenge any request for access to customer data. We do not provide encryption keys for governments or engineer backdoors into our products. Never have. Never will.”

If citizens are going to trust a digital approach to government, they “need openness and transparency,” said Day. “In this day and age, privacy rules the day.”

This is more than altruism for Microsoft. If vendors are to succeed in the government arena, they must sign up to be not just secure, but as respecters of privacy. As Day said, “If you (governments and citizens) are going to make a bet on the cloud, you have to trust a vendor.” In this context, Microsoft’s taking on the role of passionate defender of customer data is not a surprise. It makes good commercial sense in the public sector where data sovereignty reigns supreme as a concern in the move to the cloud.

But Day took it one step further moving beyond privacy to embrace the concept of open data. Day claimed the principles of open data were “core” to its Azure cloud services and Office 365.

To those of us who still think of Microsoft as the one of the last holdouts in the area of open architecture, this might come as a surprise. But it shouldn’t. Microsoft has consistently been able to reinvent itself to meet new market realities. It didn’t invent the graphical user interface, but Windows emerged long after Apple entered the market and in not only triumphed, but dominated for many years. Likewise, when Microsoft let upstart Netscape take dominance in the browser it brought Internet Explorer to market and made a stunning comeback. This new approach, embracing open data and defending user privacy are merely another example of how Microsoft may often be late to the party – but when it does arrive it’s a serious competitors.

There is a lot at stake in this competition. As Day pointed out, cities are a phenomenal challenge but an equally amazing opportunity.

We are in the midst of an urban renaissance. By 2020, more than 70 per cent of the world’s population will live in cities. In that world, 1.4 billion people have access to smartphones and tablets. Seventy three per cent of adults use social media. By 2016 the average consumer will have access to 8 zettabytes of data.

Opportunity and challenge – today, over 800 million of these city dwellers are living in slums. Others are barely getting by in minimum and low wage jobs as the digital divide widens between rich and poor. Aging populations strain social services. Aging infrastructures and tight budgets of today’s cities cannot keep pace with the growth.

In response, cities are looking to new ways to lower the cost of services. Many are embracing the cloud. They are energetically pursuing the four pillars of the third wave of computing – cloud, big data, mobile and social. This isn’t a zeal for innovation for its own sake. It’s an attempt to lower costs and increase productivity. With few new sources of funding, many cities are looking to open data as a way of crowdsourcing new services. They provide the data and private sector entrepreneurs provide the apps. Others are welcoming private/public partnerships.

Microsoft has understood this. Not only has it made the right political moves – embracing privacy and open data – it is defining itself as a model corporate citizen. At the Gartner Symposium, Day brought in the mayor of the city of Miami who effused about its partnership with Microsoft. Microsoft is investing heavily in Miami. It opened one of its first stores there and provides not just products, but training and support to city employees. Microsoft is credited with bringing in a number of startup IT companies to the city and helping to build Miami as a technology showcase for it’s Latin American business.

This strategy has paid off for Microsoft as well. As the CIO stated – “Miami is a Microsoft shop.” Miami is moving to Microsoft 365, Azure and rolling out Surface devices as the city pushes a mobile agenda to increase productivity and innovation. Other platforms? As the CIO pointed out, these other platforms are a lower priority. “We are in the process of providing resources to the other platforms. We’ve been resourced challenged.”

You can be the judge of whether this new “open” Microsoft is driven by altruism or commercial reality – or both. What is clear is that at least in the instance of the city of Miami, the strategy is working for both Microsoft and the cities.