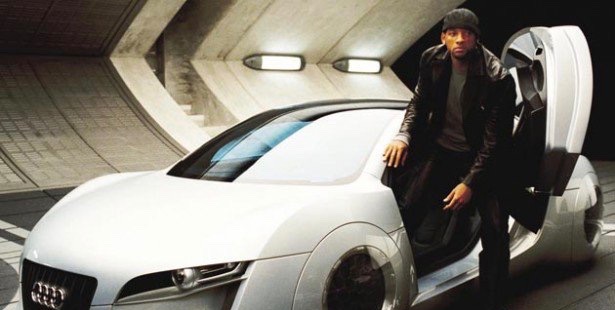 In 1885 the Canadian Pacific Railway was built. This combination of iron, steel and hard work represented a giant leap forward for Canadian transportation. In 2004, I was living in my hometown of Dailan, China when I first caught a glimpse of another technology that was sure to redefine transportation, not only for Canada, but the world: a car that drove itself.

The scene was from the movie I Robot, where Will Smith stared as Del Spooner, a Chicago cop investigating a humanoid robot – the self-driving car conveniently taking him wherever he needed to go. Thirteen years later, things have changed even more. Now living in Ottawa, I had the chance in October to see my first driverless vehicle cruise around a public street at the Kanata North Technology Park. This was Canada’s first live demonstration of autonomous vehicle (AV) technology.

While this display was less exotic than the I Robot moment, watching this vehicle hit the streets of Ottawa resonated with me; their potential is clearly profound.  For Canada, this moment represents not just the progress of this advancing technology, but it underlines our ability as a nation to capitalize on it; to carve our share of this growing global market, and to remain competitive in this quickly-developing field.

For the past several months I have had the privilege of studying AV technology and its impact on Canada.  The findings will be showcased in ICTC’s soon-to-be-released report, Autonomous Vehicles and the Future of Work.

Although autonomous vehicles have the capacity to more than halve serious traffic incidents – as well as increase options for mobility and inclusivity – getting them on the road is far from an exercise of 0 to 100 km/h.  Currently, there are a range of autonomous vehicles on the market with different levels of independent control. Level One vehicles possess a single automated function. Level Five vehicles feature a driving system that is fully automated, and does not require any human intervention. Many of today’s vehicles, with the ability to connect to the Internet and offer real-time diagnostics, place somewhere between level 2 and 3. Several of the world’s key players, however, have their sights set on Level 5.

In the US, Google’s Waymo has driven over 3 million miles with a safety record that far exceeds the potential of human drivers. In Germany, the state has enshrined a legislative framework for the appropriate use of AVs on public streets; and in China, the web services firm, Baidu, has announced the ambitious plan of having fully-autonomous vehicles driving on city streets and highways by 2020.

While Canada may not yet be at the level of these global trailblazers realizing the immense job-creation potential of this innovative technology, as a nation, we have begun taking clear steps forward on this path.  In Budget 2017, the federal government committed $77 million towards the modernization of Canada’s transportation system, with a portion of this investment used to fund the development of “regulations for the safe adoption of connected and autonomous vehicles.” Similarly, the 2017 Ontario budget included funding for the development of an AV testing zone in Stratford, Ontario.

Industry has also been crucial in propelling Canada forward. In 2016, GM announced that it would grow its fleet of AV-engineers to 1,000 over a few years. Earlier this year, Ford committed nearly $340 million towards the development of an AV research centre in Ottawa. Other innovative companies including QNX, Apple and Uber have made similar investments. These developments are key in not only paving Canada’s road towards becoming a leader in AV technology, but doing so in a way that simultaneously generates high-quality jobs for Canadians.

ICTC’s Autonomous Vehicles and the Future of Work in Canada is the first report to explore the attributes and considerations of this rapidly-developing technology in Canada. Moreover, showcasing the importance of this development, it is the first report to identify, analyze and assess the impact of AVs on the Canadian labour market. The Canadian Pacific Railway saw the growth of hundreds of thousands of jobs, with workers coming to Canada from all around the world. With a demand for 34,700 digitally-skilled workers forecasted in the connected and autonomous vehicle (CAV) industry by 2021, autonomous vehicles will be yet another driving force of employment in Canada. ICTC’s report, Autonomous Vehicles and the Future of Work, highlights changing occupational and skill needs in Canada, and reveals the unbounded potential of this technology on the labour market, on our cities and communities, and on our lives.

ICTC’s Autonomous Vehicles and the Future of Work in Canada will be released in late November 2017.