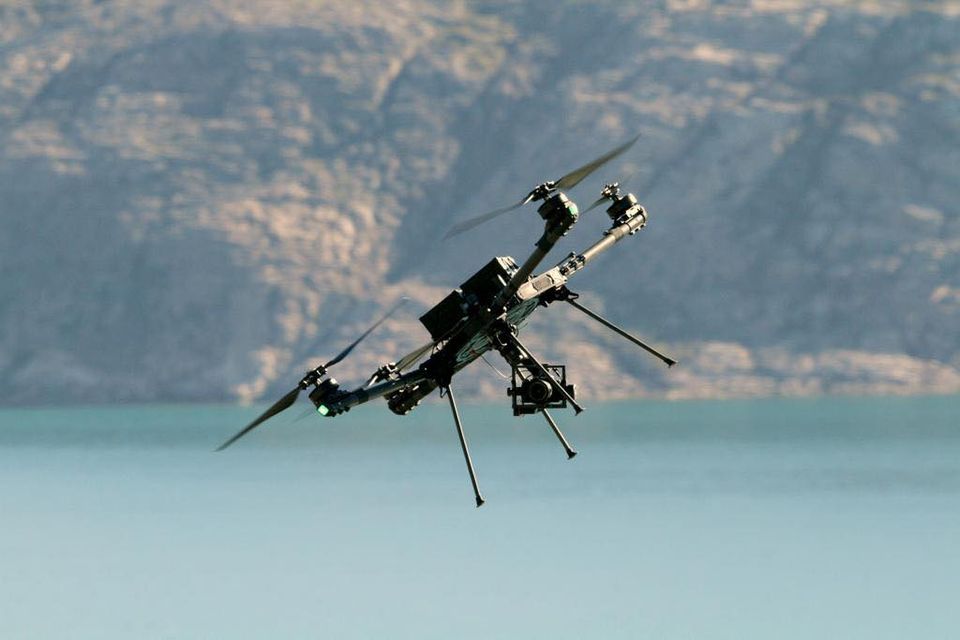 The world runs on data centres. Without them, critical services and infrastructure would be disrupted and lead to complications in the lives of millions. In the past, data centre security has been an essential aspect of their operation, with tight ground perimeters becoming industry standard. It was important to control who could and could not enter the data centre’s perimeter. But now, a new threat has emerged in the form of unmanned drones, and a different type of perimeter is necessary to protect data centre operations.

The growth of the drone industry

In Canada, the drone industry is worth over $6 billion, and it’s still growing. Drones are forecasted to help Canadians through creating jobs, improving supply chains, and connecting communities. They are also seeing amazing applications in agriculture, insurance, mining, construction, media, and law enforcement industries. However, these are legitimate operations, and with exciting, new technology come concerning new threats to security.

Gatwick Airport in England saw 46.9 million passengers pass through its gates in 2019. But in 2018, during the hectic Christmas period, a drone flying near its runway disrupted 1,000 flights and 140,000 passengers. The army was deployed to help police locate the drone pilot, but no suspects were ever apprehended, nor were any confirmed photos of the drone ever taken. Airport officials labeled the drone interference “a deliberate act of disruption” which affected thousands. In the emerging drone industry, the potential for misuse is clear. Transport Canada, in their Drone Strategy extending to 2025, acknowledges that “we are at the early stages of collectively understanding the security threats and risk posed by drones at airports and other critical infrastructure”, and the Gatwick incident saw traditional perimeter protection methods such as physical barriers and advanced surveillance technology overcome by a drone which can cost less than a plane ticket.

The fact that police, and even the army, could not locate a singular drone and pilot during the Gatwick incident highlights a pressing issue: they did not have technology to detect and verify the presence of drones in an actionable amount of time. If the drone had been carrying equipment to conduct hostile reconnaissance, or to hijack network signals and disrupt safety systems and software, or even a biological weapon, this issue would be even more apparent. Now consider a similar threat for one of Canada’s large data centres.

More and more people rely on data centres, even without knowing it, to provide the infrastructure that powers daily digital living. With this increased reliance, ensuring operations run smoothly and securely is critical. Data centre personnel must be ready to combat physical and cyber threats. Any period of downtime can cause mass disruption of critical services and will result in significant cost implications for data centre operators, and the people and businesses who have come to rely so heavily on their services.

Of course, in recent years we have seen incredible advancements in data centre security. However, it is important to not become complacent or overly confident in any security practice, as there is no guarantee what worked yesterday will work today. To ensure maximum security, data centres must be aware of new threats, and work to be one step ahead of potential risk factors. Modern network-enabled security systems offer impressive ground perimeter protection capabilities, with video surveillance cameras, thermal imaging, and radar to follow intruder’s actions. On the inside, server rooms are equipped with cameras and sensors which further detect and deter any would-be criminals. But a comprehensive ground perimeter is no longer enough when the threats of tomorrow arrive from the sky. For example, a drone could potentially damage a data centre by means of physical or logical attacks

Dedicated detection software can complement existing network-enabled physical security solutions by detecting drones based on the radio frequency (RF) signals that they emit. This technology can identify the make and model of more than 200 drones, whether they be commercial, hobbyist, or DIY in nature. Additionally, it can pinpoint the location of the drone’s pilot. However, not all drones have pilots, and these can present some new challenges in relation to others. They can be piloted via Global Positioning System (GPS) waypoints and flown miles away, sometimes making it difficult to track the operator.

The eyes and ears of security personnel alone are not enough to provide advanced warning of drone approaches and indications of their intent to data centre security forces.

The detection and tracking of drones are of utmost importance for data centre security, but arguably just as important is establishing the reason a given drone is present. It’s common for data centres to operate a no-fly zone, so security and police forces need to be able to quickly discern if a drone has accidentally passed into restricted airspace due to carelessness, or has intentionally approached its target due to maliciousness. If a confused amateur drone pilot has genuinely misunderstood the laws regarding their drone usage, then deploying informational signage or speakers which issue pre-recorded alerts could be enough to make it clear that drones are not permitted in a given location.

Naturally, in either case, rapid identification is necessary to facilitate informed decision making. Drone detection software can interface with PTZ (pan/tilt/zoom) cameras to lock-on to and track the movements of drones. High-quality imaging can be used to determine the function of a drone or the substance of its payload to separate friend from foe.

The threat posed by drone activity will only increase as drone technology improves and options become more affordable. Deploying integrated solutions will be essential in combating physical and cyber threats. Emerging detection technology uses millions of drone images to train camera-based AI/ML software to accurately discern friendly and malicious drones, even when disguised. Remote identification protocols, known as RemoteID, are also forecasted to become more commonly used by police, logistical, and medical drones to provide information which can verify a drone’s legitimacy. Both breakthroughs will better protect data centres from airspace threats.

Drones are an exciting new technology with the potential to have amazing impact in the fields of logistics, security, agriculture, healthcare, and others. But their potential for misuse must be kept in mind as we look to the future.

With an integrated security solution in place, a data centre’s air perimeter can be monitored just as effectively as its ground perimeter. Further integrating these security solutions with existing video management systems (VMS) will also enable a drone detection system to be part of a larger, comprehensive security solution that will work to ensure a smarter, safer world for everyone.