Windows to Go: A good way to evaluate Windows 10? 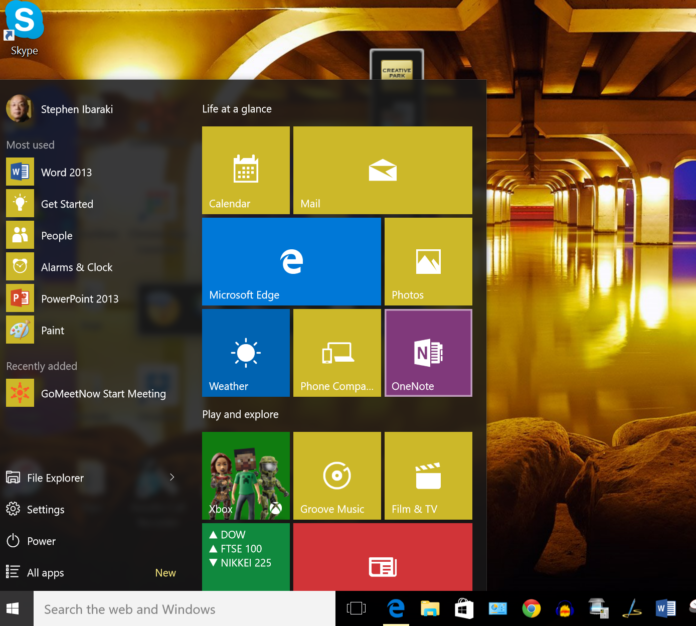 *Editor’s note: Story originally published Oct. 1, and is updated as one of our most popular posts of 2015.

Windows to Go is Microsoft’s little-used secure remote working feature for Windows users. Could it be used as a Windows 10 evaluation tool, too?

First introduced in Windows 8, the feature enables users to boot into a secure workspace located entirely on a USB key. This enables the user to use Windows without relying on the operating system, applications, or storage of the host device.

Windows to Go is commonly sold as a security solution. Because employees in many companies are increasingly asked to work remotely, a secure workspace lets them use any machine that can boot from a USB drive as a work machine without the need to trust it. Because the workspace doesn’t rely on the host operating system, the corporate workspace on the USB drive isn’t at risk of compromise.

There are several security use cases for Windows to Go. Not only is it suitable for employees who work on the go, but it also appeals to contractors who may be required to access company resources securely. There is another use case, though: as an interim tool designed to evaluate Windows 10 before a major roll out.

There is no doubt that interest in Windows 10 is strong. Spiceworks surveyed 500 IT professionals in North America and EMEA earlier this year to gauge their attitudes to the new operating system. A full 96 per cent said they were at least somewhat interested in it, but there were concerns about adoption. Thirty-eight per cent of respondents would not adopt the new operating system until at least after the first service pack had been released. Hardware compatibility issues with the biggest concern, with early release bugs a close second.

Related
Windows 10 upgrade help is here, but enterprises may need a use case for universal apps

Consequently, as with many major infrastructure changes, CIOs will want to try Windows 10 with selected users. They can minimize disruption by evaluating the system in the wild without upgrading existing machines. They can accomplish this using a Windows 10-based workspace on Windows to Go, which is a part of the Software Assurance license under Microsoft’s Volume License Agreement.

IronKey, an Imation company, sells an implementation of Windows to Go on a secure USB drive. The system ships in several versions, including an encrypted key offering centralized management, and one that can be used with smartcards for two-factor authentication.

The firm has said that Windows to Go is being “increasingly deployed” by Global 500 companies on its products, adding that 60 federal agencies and ten international government agencies have also adopted the technology.

Nevertheless, numbers suggest that Windows to Go isn’t hugely popular with companies. In May, security education firm SANS surveyed 330 security and IT professionals, and found a low adoption rate. Only five per cent were using the tool. Forty-three per cent didn’t know it existed. More than two-thirds knew about it, but didn’t plan on using it. One in 10 said they would use it when Windows 10 became available, though, while six per cent said that they’d use it when they migrated to Windows 8.1.

Windows to Go deployments can be volume-activated using either a Key Management Service, or via Active Directory, making it easy to deploy for Windows shops. There are some differences that CIOs should be aware of between Windows to Go workspaces and native Windows deployments, though.

Firstly, host machines must be certified to work with the system, or at least be capable of booting from a USB drive. It won’t work with ARM-based processors, and while performance is said to be equivalent when accessing the service via a USB 3.0 port, users may experience slower speeds when accessing via USB 2.0, because transfer speeds for this interface are slower than SATA hard drive speeds.