Windows gets a 64-bit boost

Microsoft Corp. successfully made the leap from desktop dominance to grabbing a hefty share of the server operating system market. Now the vendor is setting its sights on high-performance workstations and servers.

Intel Corp. got the ball rolling last June, when it started shipping the 64-bit Itanium processor, based on its IA-64 architecture. Then in August, Microsoft introduced an evaluation version of its first 64-bit server operating system, Windows 2000 Advanced Server Limited Edition, and announced a 64-bit version of Windows XP for the desktop.

Server vendors have already begun shipping Wintel systems. But the migration of applications is likely to be a slow process, say users and analysts.

The benefit for compute-intensive Windows applications is significant. Itanium systems offer floating-point performance improvements that speed up applications such as 3-D modelling and human genome analysis. Since the Itanium can access up to 16TB of RAM, entire databases can move from disk to memory, allowing access speeds that are 100 times faster than disk-bound databases.

Missing from the equation are the 64-bit applications, and software vendors aren’t likely to announce ship dates until the release date of Microsoft’s first 64-bit operating system is final.

Early IA-64 releases have been geared toward developers and early adopters. Savvas Papaiacovou, manager of the MIS Group at Wells Fargo & Co. in San Francisco, is running a pilot to optimize a 64-bit version of an SAS database used for market and customer behaviour analysis.

“Some of the tables we use for quantitative modelling have 600 million observations,” he says. “As we optimize the SAS code, we are seeing increasingly better performance.”

While it makes sense to migrate some compute-intensive Windows applications to the new platform, Wintel systems are unlikely to challenge the high-end Unix systems that run 64-bit data centre applications until stability and maturity are proven. Even then, programmers may find it easier and more cost-effective to recompile 64-bit Unix applications to run on Itanium systems that run Linux instead of .Net Server.

But most enterprise software vendors are already working on 64-bit versions of their software.

“Although Unix vendors have more experience here, the sheer weight of ISV and independent hardware vendor support for Windows should mean that it gains acceptance quickly,” says Mary Hubley, an analyst at Stamford, Conn.-based Gartner Inc. But, she adds, “32-bit applications are likely to predominate for some time.”

The Market: Activity on The Horizon

64-bit Wintel systems based on .Net Server should arrive later this year, with the first enterprise applications following shortly thereafter.

The Wintel 64-bit product landscape is barren today, but that’s likely to change during the next 12 months.

Eventually, analysts say, 32-bit Windows will go the way of DOS. Boston-based Aberdeen Group Inc.’s Tom Manter predicts it will be nine to 16 months before 64-bit Windows gains mainstream support. “The marketplace has to feel comfortable that it is a hardened platform that is fully tested and is ready for their mission-critical applications,” he says.

But Tim Golden, director of marketing at Compaq’s Enterprise Server Group, predicts the transition to 64-bit computing will take three to five years.

A: We are not seeing any groundswell of developer interest in 64-bit Windows.

Q: What are the application migration issues?

A: The main thing facing programmers is the [application programming interface] changes.

Q: What advice would you give programmers considering a migration?

A: Before long, Microsoft will be beating the drum about how you must write to .Net if you want a migration path to 64-bit processors. My advice is to time that migration carefully. Moving to .Net requires plenty of developer training, and migrations are essentially a rewrite. So application owners need to think strategically.

At A Glance: Wintel 64-Bit Computing

What it is: New Windows XP and .Net Server versions running on Intel IA-64-based systems that support high-performance, 64-bit applications.

What it’s good for: CPU-intensive 32-bit Windows applications could benefit from wider processing bandwidth, faster speeds and support for up to 64GB of memory.

What’s the catch: Applications must be recompiled and tuned for optimum performance. 64-bit versions of commercial applications are not yet available.

Who should pass: Organizations running Windows applications that aren’t constrained by processing power and available memory.

Drew Robb is a freelance writer in Tujunga, Calif. Contact him at[email protected]. 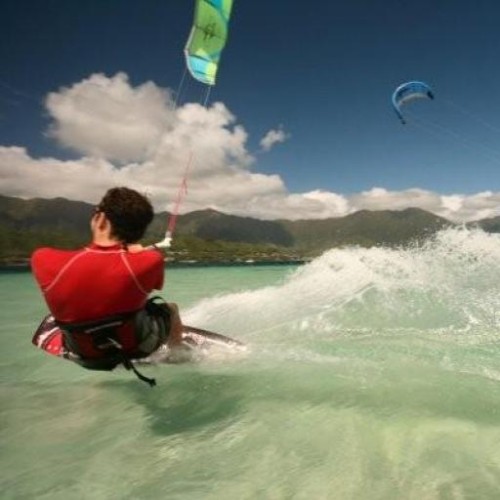