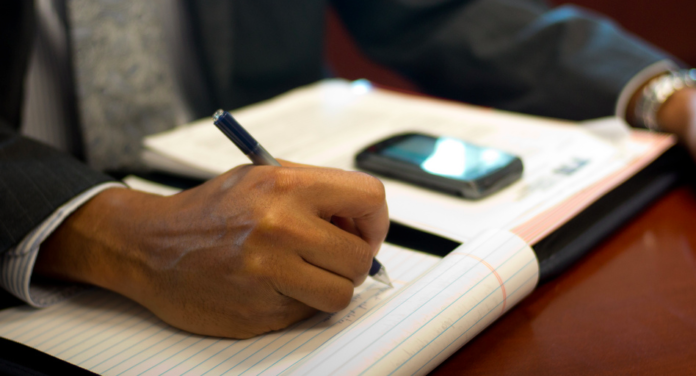 It could be the CMO, the head of sales or even the CEO, but the stakeholders IDC Canada is describing as “IT engaged” may not only influence how CIOs are perceived among the rest of the organization, but how they perceive themselves.

Although I wasn’t able to attend in person this year, I received a copy of the slide deck from what looked like one of the best presentations at IDC Canada‘s recent Directions 2015 event, which was produced in partnership with ITAC. In ‘5 Things To Know About the Changing IT Buying Environment For Canadian Business,’  group vice-president Tony Olvet unveiled some highlights from the firm’s most recent Top Executive Survey.

Besides confirming some accepted wisdom — that 3/4 of executives say leaders outside of the IT department have more say in technology selection than two years ago, for example — the research offered an interesting glimpse into CIO management styles. This was in response to the question, ‘How would your CEO define you?”

I’m not sure how the crowd at Directions 2015 interpreted this research, but to me it looks like progress. I wouldn’t expect the majority of senior leaders to describe their CIOs as leading innovation, but on the other hand it’s great to see that less than a quarter would fall into the more traditional positioning of focusing largely on operational issues. “Business service broker” is by no means an elegant characterization, but it suggests CIOs are both critical to getting important things done and able to navigate effectively between different — and possibly competing — departmental interests.

The longer-term question is whether “chief innovation officer” is the realistic end state for today’s IT leaders, or whether they should keep their own version of this pie chart in their head, and make the various pieces larger or smaller depending on their priorities, resources and the sophistication of those “IT engaged” execs.

For example, making the call between data centre upgrades or working with outsourcers may remain an operational decision for CIOs, if IT infrastructure remains the kind of shared service that’s essential to every other line of business decision-maker. In other cases, CMOs, heads of HR or sales may want to use various enterprise applications, but integration concerns or pricing considerations may mean it makes sense for CIOs to facilitate such transactions and agreements as brokers. When the CEO announces a major turnaround, a venture into new markets or a major cost-cutting initiative, CIOs might have an opportunity to bring forward innovations that contribute to that vision.

Pair IDC’s thoughts on CIO leadership styles with VMware’s recent deck on the path of a CIO career,  and if you’re flourishing in any of these styles, consider nominating yourself for a 2015 CanadianCIO of the Year Award.
photo credit: Executive hand via photopin (license)

Shane Schickhttp://shaneschick.com
Your guide to the ongoing story of how technology is changing the world
Previous articleThe CIO who reports into the Pope has an unusual cross to bear
Next articleCDW expands offering with hosted virtual desktops from dinCloud