Jessie Adcock is in the midst of preparing Vancouver’s application for the Canadian Smart City Challenge, which is yet another step for one of Canada’s first municipal chief technology officers (CTO) in digitally transforming the city she loves.

The program, which was first introduced by Infrastructure Canada in the latest federal budget, is looking for municipalities with the best plans on how to use technology and data to improve the livability of its city and residents. It will award one grand prize of $50 million to the winning city, $10 million to two mid-sized communities, and $5 million to a small community, as well as $5 million to an Indigenous community.

“Smart cities have the potential to improve every aspect of community life – how people move around, how they live and play, how they earn a living, how they learn and are empowered to participate in society, how they interact with the natural environment, and how they create safe and secure public spaces,” says Infrastructure Canada on its website. “In the lead-up to the launch of Smart Cities Challenge, people across the country are invited to take part in a conversation. What is the top priority for improving your city, town or community? How can smart technology and practices create real impact?”

The first round is set to launch sometime now in Fall 2017, with two additional rounds planned for later. Adcock looks at this as a major opportunity for Vancouver to prove how ahead of the digital curve it really is, and keep the momentum going.

“The contest is an opportunity for cities in Canada to earn prize money that will help us invest in tech that will solve large scale problems, and we’re really excited for it. We’re trying to get organized and identify what our problems are and how tech can help us solve them, and we’re looking forward to seeing what happens with this,” she expands.

Where it all began

The city started creating a four-year digital strategy in 2012 that was the first of its kind in Canada, bringing in Adcock as its first-ever chief digital officer (CDO) to improve citizen services, build a robust connected infrastructure, collaborate with the city’s local business sector, and use technology to enhance how city staff do their job.

After combining the CDO directives with the CIO portfolio in 2016, Adcock is now also Vancouver’s first CTO. In charge of the digitization of both the government itself (internal processes) as well as the public services that citizens of the city use, she has been busy transforming the city in a way that is fit for the future.

“My job has definitely evolved over the years; when we first rolled out the digital strategy, the goal was to help streamline internal processes and staff work through digital means,” Adcock tells IT World Canada. “But we started seeing more and more interesting innovations emerging in spaces like the Internet of Things (IoT), data and analytics, smart cities, enhanced mobility, etc., and it became clear that we could use these technologies to solve many of our big policy problems and our large infrastructure challenges. We also realized we needed to move the dial on our digital maturity not just for the sake of our digital strategy, but because we need to be more agile in deploying these new emerging technologies, leveraging the data that allows us to run our city better, and to be a better city for our residents going forward.”

Her mandate is digital transformation, but that’s easier said than done. Adcock needs to make sure that any changes being made are decisions that will better serve Vancouver residents, while also balancing the need for more efficient delivery of internal services.

The innovation with the biggest impact on Adcock has been the rise of smartphones and the growth of the mobility-first mentality.

“Whether it’s our parking enforcement officers moving to phones or tablets, building inspectors ditching their clipboards and moving to phones, or the fact that more than half of the services that we now deliver are designed for mobile devices, we have seen that mobility has completely transformed both what our staff are doing as well as what our residents are doing, and how our residents and businesses are engaging with us,” Adcock explains.

Mobility has led to other evolutions too, like Vancouver’s city app, for example, which has grown beyond a standard service request-type app into a very useful tool for people who are working in the city, living in the city, or just visiting, to get around and explore the city, she adds.

“It’s changed how we design our app and website interfaces, and just how we think about the technologies that we deploy in general. We’re seeing adoption continue to grow so I think mobility is key and will continue to be key,” she says.

Adcock has spent much of her career in the private sector, holding various senior manager positions at financial institution HSBC in the nine years prior to her CDO and CTO appointments. She points out that whether in the private or public sector, cultural change is the number one hindrance to digital transformation.

“The number one issue we deal with, hands down, is usually not a tech challenge, it’s a cultural challenge. And then the public sector adds another dimension as well in the sense that we also need to deal with process challenges with quite a few regulatory and compliance requirements,” Adcock highlights. “The trick to digital transformation in the public sector is to try and achieve that best-in-class user experience and that DNA change within the organization, all within the parameters of what our mandate is and what we’re required to do. It’s an extra layer we have to consider.”

She says that justifying a complete digital transformation within the public arena can be a challenge as well, given that it is not necessarily in the same competitive environment as a business would be.

“There’s a business case for digital transformation that’s very obvious for companies concerned with profits and losses, and it’s easier to rationalize those investments when you’re in that competitive environment. But in the public sector, we’re not selling products, we’re delivering services that we have to provide because that’s what our citizens want; it’s what they’re asking for. So the rationale for transforming government agencies is less clear and it becomes a much lengthier discussion to convince everyone to get on board,” Adcock adds.

Staying ahead of the pack

Vancouver was one of the first Canadian cities to publish a digital strategy and hire a CDO and CTO, and it is now focused on maintaining its head start.

“We’ve been at [digital transformation] for quite a while, so we’re starting to get into the deeper enterprise issues that will enable that next generation of IoT and smart cities. We’re really starting to look at data and analytics and enterprise architecture at a deeper level so that when we get these new emerging tech, we have an infrastructure in which we can deploy them in a faster manner than what is the case today,” Adcock explains.

She adds that Vancouver is right at the front of the pack and is beginning to see a return on its digital strategy investments.

“We’ve done our silo busting and we’ve created awareness for the importance of digital technologies. We’re a digital-first and mobile first organization now with a heavy emphasis on data, multi-mode delivery teams, alignment between our channels, and fairly robust digital analytics, so we’re there in terms of being able to leverage the next stage of technologies to improve even further,” Adcock continues.

Vancouver is also part of the 100 Resilient Cities project started by the Rockefeller Foundation in 2013 to help cities across the globe become more resilient in the face of modern social and economic challenges. The program funds a chief resilience officer (CRO) in chosen cities for two years and gives them access to almost $200 million in funding for research, as well as a network of CROs worldwide for sharing advice and building relationships.

The city was chosen alongside Toronto, Calgary, and Montreal to take part in this, and Adcock says she has been actively working with Vancouver’s CRO, Kate McPherson, for ways to help each other and collaborate on projects. 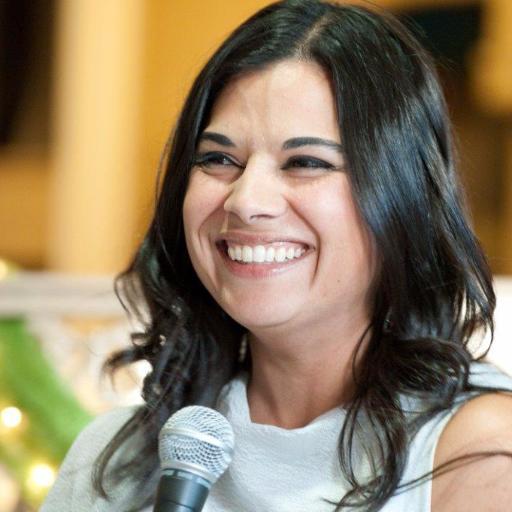 “I’ve worked with [McPherson] since she was appointed in April [2017] to find where there’s alignments between our two objectives and I think it’s gone well,” the CTO says. “Technology obviously plays a bigger role in this day and age in solving issues, so there’s way more overlap between tech and other areas of priority than there was in the past. We’ve gone beyond just rolling out computers; we have data and infrastructure that goes across our entire organization, so collaboration with other key end-to-end groups is really important.”

With technology constantly evolving, Adcock laughs as she notes that her job will never truly be done. She concludes with some advice for other cities looking to digitally transform and become more innovative: “All our city-related problems are shared by others across the country, so there’s a lot of information out there that will be useful in speeding up the digital transformation process. You don’t need to reinvent the wheel for this; intake the lessons others have shared from their own experiences into your own strategy, and reach out to those that have done this before or are further ahead.”

Breaking through the digital deadlock