The Great White North could soon be a second home to Amazon.com Inc., if the city of Toronto has its way.

And in an emailed statement provided to IT World Canada, Toronto mayor John Tory said he firmly believes that Canada’s largest city would be a prime candidate to host it.

“We are a bold, innovative city that has plenty of homegrown tech talent,” Tory said. “We also continue to attract talent and companies from around the world.”

“City staff are working with Toronto Global to make sure we put together an attractive bid for this opportunity,” he continued. “I will be leading the charge to make the case that Amazon should call Toronto home.”

(The statement was later released in a series of tweets.)

Wherever its new second home appears, Amazon expects to invest more than $5 billion (all figures USD) into its construction and eventually hire up to 50,000 employees – and, it told prospective cities, generate “tens of thousands of additional jobs and tens of billions of dollars in additional investment in the surrounding community,” wherever that happens to be.

In a Sept. 7 statement that included a request for proposal (RFP) for cities interested in hosting the new headquarters, Amazon founder and CEO Jeff Bezos made it clear the company would rather be courted than do the shopping itself.

“We expect HQ2 to be a full equal to our Seattle headquarters,” Bezos said in the statement. “Amazon HQ2 will bring billions of dollars in up-front and ongoing investments, and tens of thousands of high-paying jobs. We’re excited to find a second home.”

The company emphasized that its investments in Seattle between 2010 and 2016 added an estimated $38 billion to the city’s economy, with every dollar invested by Amazon generating an additional $1.4 for the city.

Among Amazon’s requirements for its new headquarters, according to its RFP document:

The company also said that while HQ2 could be an urban or downtown campus with a layout similar to its Seattle headquarters, it’s not considered a requirement.

In its release, Amazon emphasized that HQ2 will be a complete headquarters for the company, not a satellite office, complete with new teams and executives, and an option for current employees to relocate or run teams in both HQ2 and Seattle.

The Vancouver Economic Commission (VEC) told IT World Canada it was reviewing the RFP as well, and intended to collaborate with the City of Vancouver on a proposal of its own.

“Our city’s business climate, talent, livability, infrastructure, connectivity and diversity render it an exceptional candidate for the new Amazon headquarters location,” VEC CEO Ian McKay said in an emailed statement. “We are confident that Vancouver’s other well-known attributes – a dense and connected downtown tech cluster, competitive cost of doing business, leadership in green business & sustainable planning, and Canada’s strongest startup ecosystem, to name a few – will position us as a frontrunner among other cities.”

Amazon has set October 19, 2017 as the deadline for proposals, and expects to announce its choice of city sometime next year.

Eric Emin Wood
Former IT World Canada associate editor turned consultant with public relations firm Porter Novelli. When not writing for the tech industry enjoys photography, movies, travelling, the Oxford comma, and will talk your ear off about animation if you give him an opening.
Previous articleAxia ramps up Internet speeds in rural Alberta
Next articleFamiliar face takes over Microsoft Canada 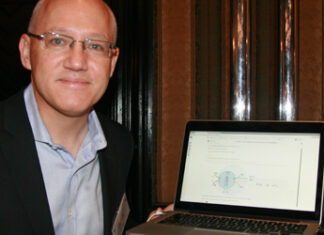